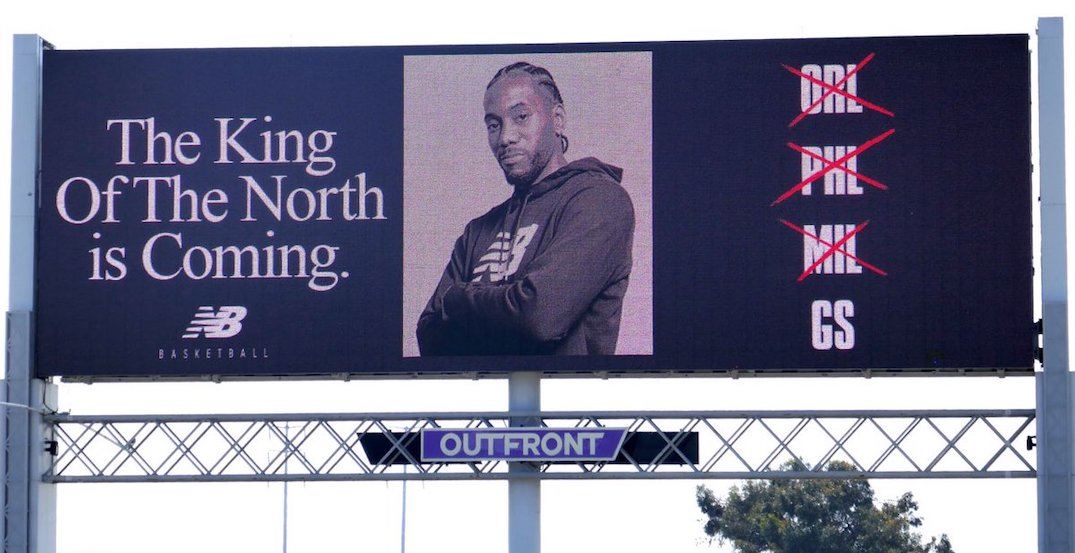 In the most epic of trolling moves, New Balance has unveiled a Kawhi Leonard billboard… in Oakland.

Just one day after the Toronto Raptors debuted at the NBA Finals, winning 118-109 at home in Game 1, a billboard surfaced on a highway in the home of the Golden State Warriors.

The billboard was shared by OTJSports, and shows a picture of Kawhi with the caption, “The King of the North is coming.”

It also shows all three teams the Raptors have played during the NBA playoffs this year.

As for New Balance Canada, they had the best reply to a tweet about the new billboard.

Yes. Yes you are.