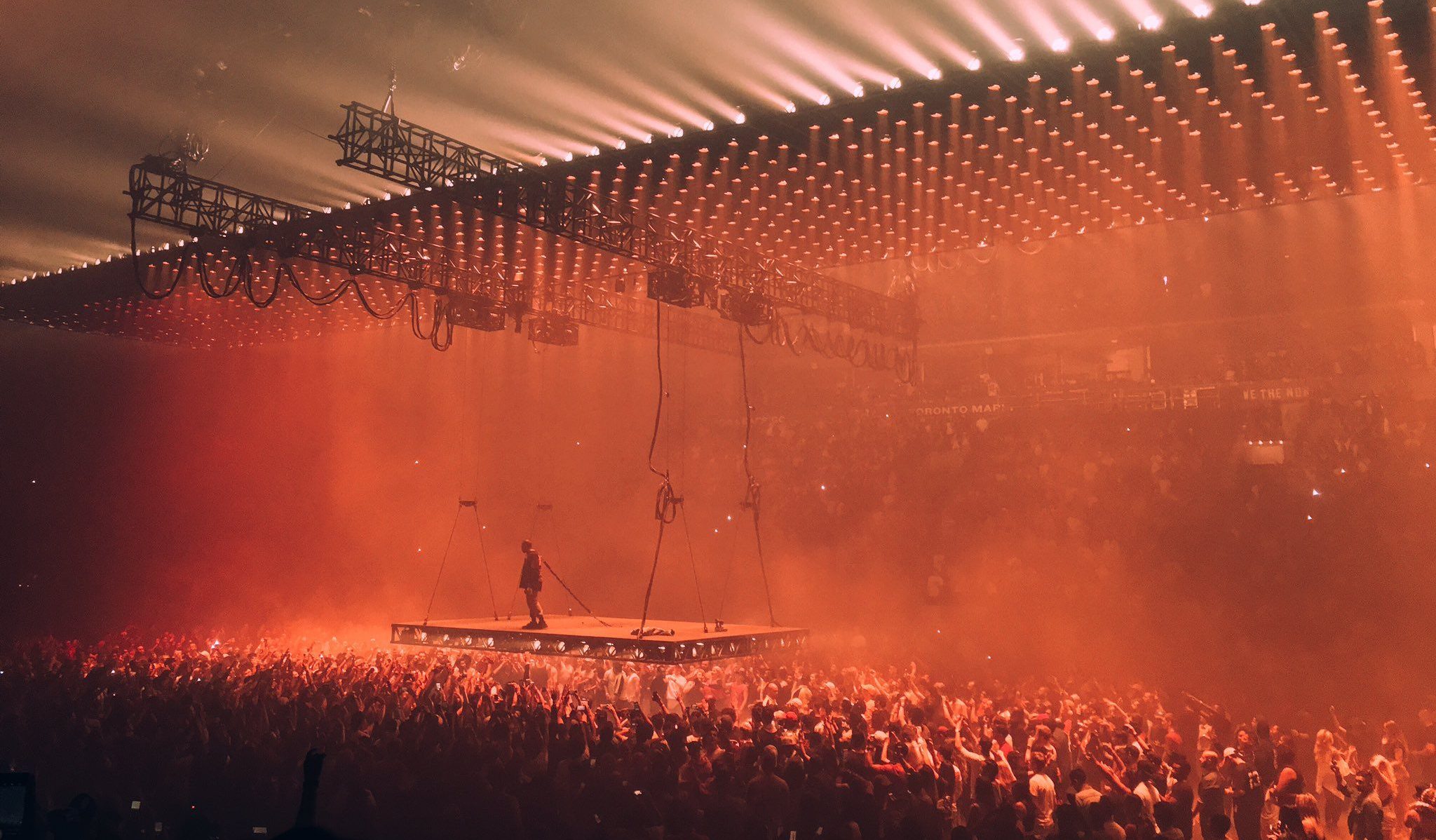 Love him or hate him, Kanye West has been a musical genius since his emergence in the music industry back in the late 90s and 2000s.

All the way back to College Dropout and Late Registration – arguably two of the best albums he’s ever made. Way before the Drake days or the Kim days, Kanye West was making tunes that were fresh and incomparable to anything at the time. He is, and has always been, an artist.

Fast forward to 2016 and his mega fame sometimes overshadows his music. But that’s okay, because at the end of the day, we still have the music. And when he landed in Toronto for his first of two nights at the ACC as part of his Saint Pablo Tour, Mr. West threw it back, way back, and gave the fans a trip down memory lane.

An almost 40-song set list covered his entire career, as he sang on a stage floating above the crowd. And Toronto’s fans sang along, out loud, and among them in the crowd was wifey Kim Kardashian. Also spotted in the crowd on the Tuesday night was Travis Scott.

So yes, Kanye is now Yeezus and mega famous. But Kanye West is a musician. And a damn good one.

And if you missed night one, these photos and videos may get you thinking of heading to night two at the Air Canada Centre this evening.

anyone going to the Saint Pablo Kanye concert today/tomorrow in Toronto? catch me on the floor section going crazy today 😂 (trying to sneak my camera into the show tomorrow though… any tips?)

those floor seats were worth every dollar idc… #SaintPabloTour pic.twitter.com/3jkJ16Q71H

Only Yeezus Can Save Us #saintpablotour

This is a God dream. #saintpablotour

now this would be a beautiful death #SaintPabloTour

When @kimkardashian shows up to YEEZY concert right behind you!

On a 🌊 last night