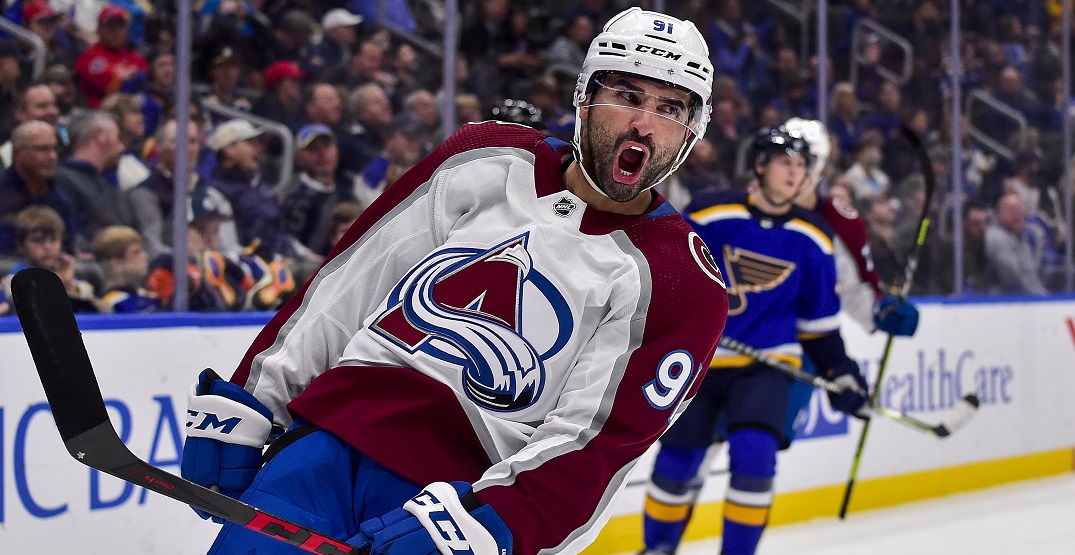 Nazem Kadri was one of those players that seemed like he might be a member of the Toronto Maple Leafs for life.

The team’s 2009 first-round draft pick, Kadri played just 52 games for the Leafs in the first three years after being drafted. Well aware of the high expectations placed on him, Kadri then potted 44 points in just 48 games in his fourth year in Toronto, the lockout-shortened 2013 season. In an article published today on The Players’ Tribune, Kadri spoke about his time in Toronto.

“They were pretty critical of me in meetings and there were a lot of ridiculous headlines written about me and my game. But I’ve always been someone who, if I’m told I can’t do something… it just makes me want it so much more,” Kadri wrote. “The pressure, the attention, the scrutiny — none of that scared me. I wanted it.”

Kadri ended up spending a decade in Toronto, including back-to-back 32-goal seasons in 2016-17 and 2017-18. But a pair of multi-game playoff suspensions for illegal hits in 2018 and 2019 — both against Boston — served as a catalyst for the blockbuster trade that saw him sent to Colorado for Tyson Barrie and Alex Kerfoot.

“I never wanted to leave… Toronto was my home,” Kadri continued. “I made my case to management that I wanted to be there. We had an exciting young core with Auston [Matthews], Mitch [Marner], Willy [Nylander], Morgan [Rielly] — a great, talented group. And I just wanted to be part of the team that finally won a Cup. That’s all I wanted. But it’s a business, and what happened in those 2019 playoffs against the Bruins made it tough.”

Kadri said the trade was an emotional one for him.

Kadri picked up a third career playoff suspension in 2018 for a hit on Justin Faulk, this time totalling eight games. He said he “didn’t sleep for a week straight” after the suspension, though he disagreed with the league’s decision.

You can read the full story at the Players’ Tribune here, where Kadri also discusses the birth of his daughter, how he draws inspiration from Kobe Bryant, and his time in Colorado.