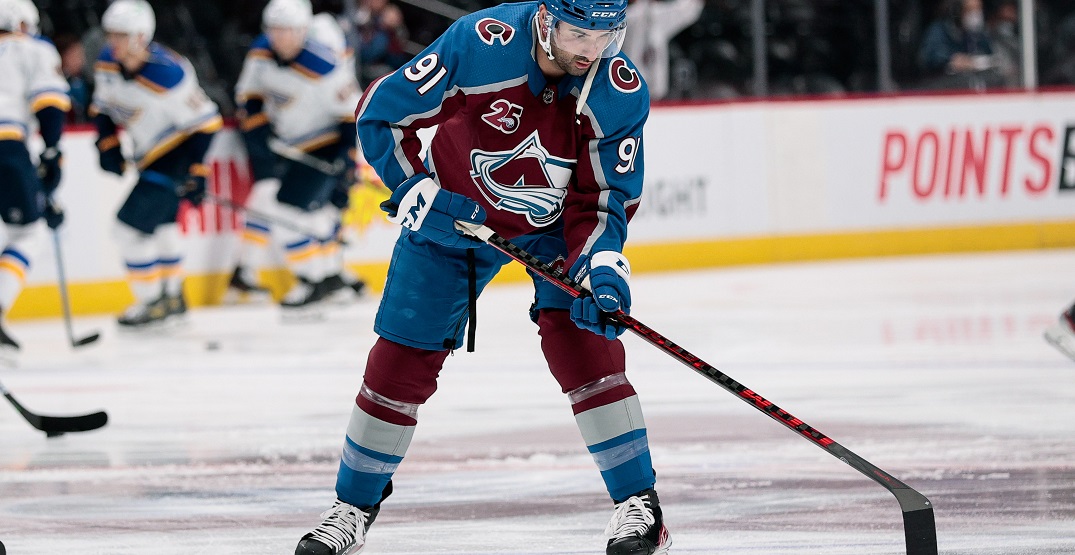 Former Toronto Maple Leaf Nazem Kadri has been forced to sit in the first round of the playoffs for a third time in four years, with this break his longest yet: an eight-game suspension.

Colorado’s Nazem Kadri has been suspended for eight games for an Illegal Check to the Head on St. Louis’ Justin Faulk. https://t.co/5rg2ZPVm5P

Now a member of the Colorado Avalanche, Kadri was assessed a match penalty for this hit, which made contact with the head of St. Louis Blues defenceman Justin Faulk.

Another look at the hit by Nazem Kadri: pic.twitter.com/CEwpXkjG2x

Despite having their hearing “Friday afternoon,” the NHL Department of Player Safety took their time announcing Kadri’s suspension: actually breaking it while the rest of his team was in the midst of Game 3 of their playoff series.

Sometimes team officials stick by their guys when a questionable hit happens, but even Avalanche coach Jared Bednar didn’t love this one.

Bednar on Kadri's hit: "I look at one replay, it looks fine. I look at another angle and it looks really bad."#Avs

Blues forward Ryan O’Reilly was also amongst those criticizing Kadri.

O'Reilly on Kadri hit: "That's a very dangerous hit. It's got to be a suspension. It's dangerous. He's a repeat offender. That's completely uncalled for. That's awful to see." #stlblues

Kadri has previously been suspended five times in his career, with the Player Safety video noting his “significant history.” Two of those suspensions saw him thrown out of the remainder of Toronto’s first-round matchups against Boston in 2018 and 2019, with his hits on Tommy Wingels and Jake Debrusk, respectively.