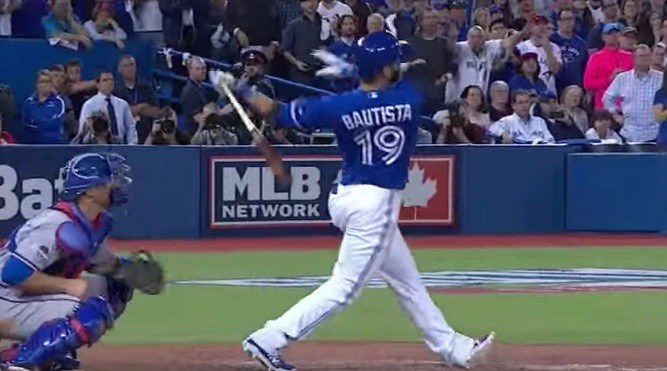 Love him or hate him, no one can deny that Jose Bautista has a flair for the dramatic.

Well, yesterday afternoon in Seattle, Joey Bats put on his showman uniform again and unleashed on a fast ball from Mariners’ pitcher Edwin Diaz in the top of the 9th to tie the game at 1-1. (The Jays would go on to lose 2-1 in extra innings.)

Not one to shy away from a special moment, Bautista decided that he’d better see that ball fly all the way out of the field…while casually trotting backwards to watch.

.@JoeyBats19 just tied this game up.

Fine, it’s not ‘the bat-flip’, but in a tight-as-can-be wild card race, we’re happy to pile on all the extra excitement we can get.

The Jays next game is tomorrow night at The Skydome against The Yankees.