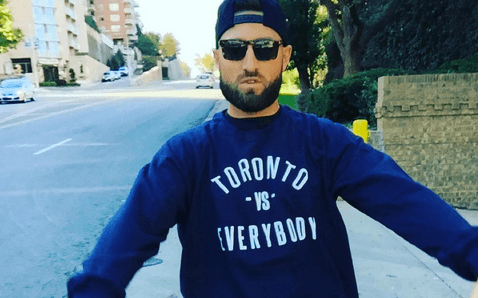 The Toronto Blue Jays’ very own Superman has landed in the 6ix.

Well, technically he landed in 2013, but Kevin Pillar is now a proud Toronto resident. The Jays’ Centrefielder has recently talked about his love for Toronto, and his appreciation for the city’s downtown core and waterfront.

“The beauty of being here is having the stadium right downtown, right by all the restaurants, bars, entertainment, concerts. Everything you want is within a 5-minute walk from here,” Pillar said, in a video filmed in his Toronto condo.

Pillar said the reason he chose the location was the views of the water, but also “the beautiful downtown view.”

The California native, known for his acrobatic catches on the field, said the water reminds him of home. “California is always going to be my home, it’s where I was born and raised, but Toronto has definitely grown on me. It’s definitely my home away from home,” he said.

Watch the video and check out Pillar’s views of the 6ix.