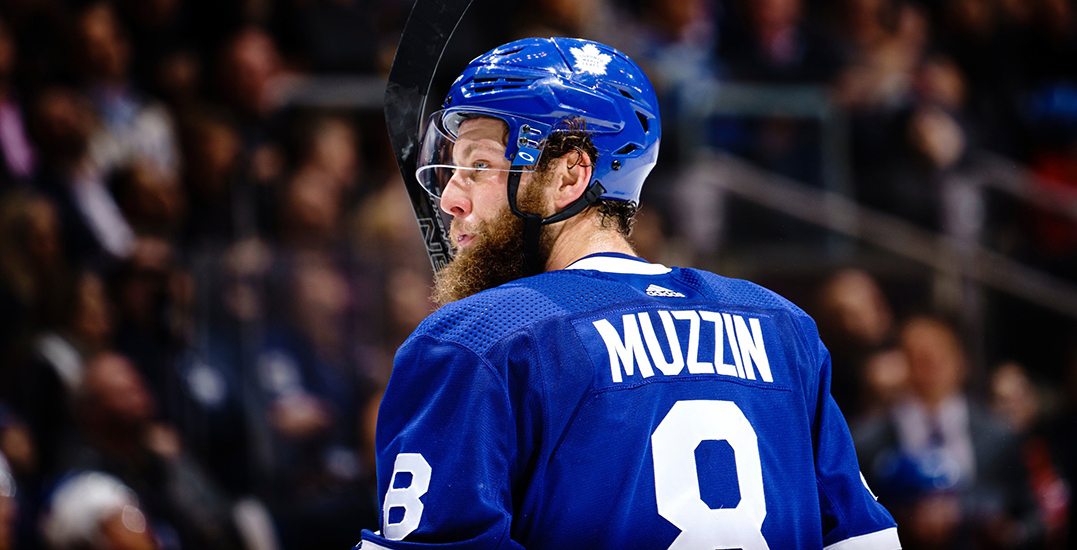 After leaving Game 2 on a stretcher before being transported to the hospital, Toronto Maple Leafs defenceman Jake Muzzin is back at the team’s hotel.

Jake Muzzin was stretchered off the ice, with 1:52 left in the game, in what was a scary scene late in Tuesday’s 3-0 win by the Leafs over the Columbus Blue Jackets.

The Leafs defenceman was crosschecked in the back by Columbus’ Pierre-Luc Dubois and fell awkwardly into the leg of Oliver Bjorkstrand.

“Muzzin was discharged overnight but will not be available to the club for the duration of its series versus the Columbus Blue Jackets as a result of his injury,” says the Leafs PR. “He will remain in quarantine within the hotel and look to rejoin his teammates upon recovery.”

There was no call on Dubois’ crosscheck and as of now, there will be no supplementary discipline.