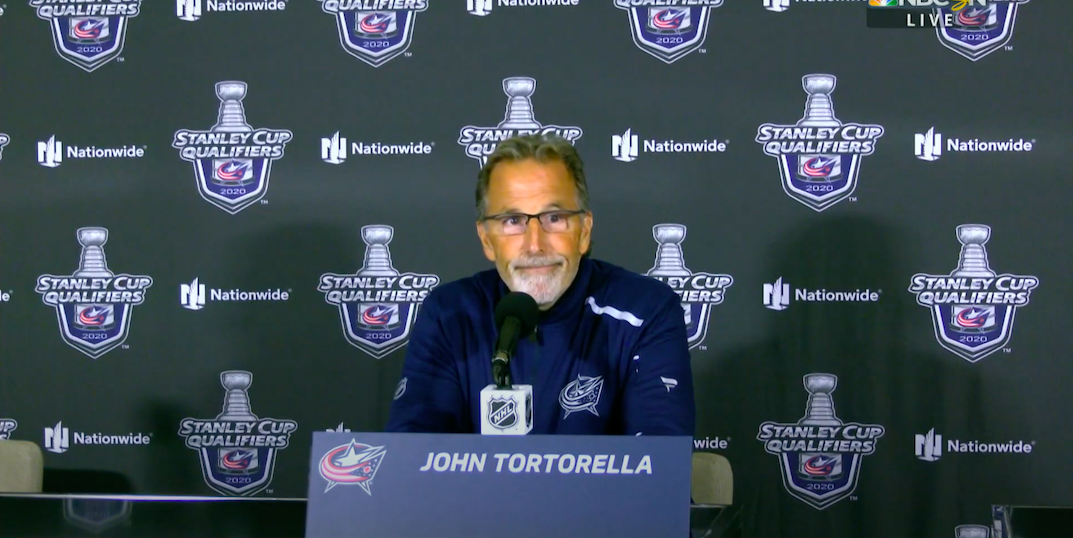 Columbus Blue Jackets head coach John Tortorella didn’t shy away from what he thought resulted in a 3-0 loss to the Toronto Maple Leafs during Game 2 of the NHL Stanley Cup Qualifiers.

“I’m not going to break the game down at all,” Tortorella told reporters in the post-game press conference. “Toronto played a really good game, we sucked.”

Tortorella, who’s been at the helm of the Blue Jackets since 2015, told reporters breaking down the game wouldn’t “help our club at all and I hope you can understand that.”

When asked about more performance-based issues of Game 2, Tortorella stuck to his bluntness, repeating how “Toronto was really good, we sucked.”

Tortorella won a Stanley Cup in 2004 while coaching the Tampa Bay Lightning and is known for being snarky, brutally honest, and unrevealing during post-game interviews.

He references how good Toronto was and how the Blue Jackets sucked three times after the game on Tuesday.

The best-of-five series is now tied 1-1 with Game 3 scheduled to take place on Thursday, August 6 in Toronto at 8 pm.