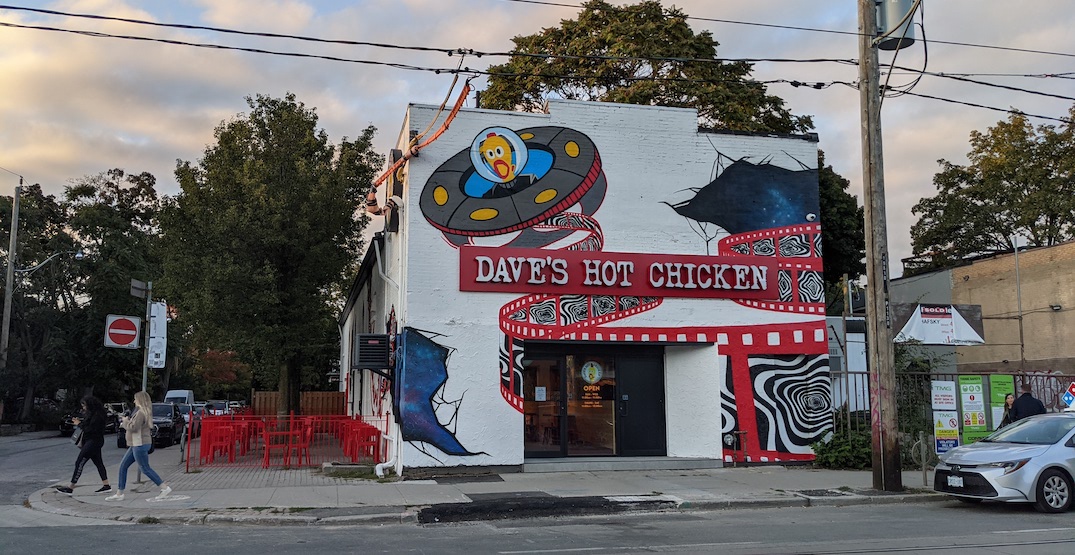 Dave’s Hot Chicken has opened its third Toronto location and is welcoming hungry customers to the east end.

Daily Hive spoke with Dave’s Hot Chicken a few months back about what led them to choose the area.

“Leslieville is a fantastic neighbourhood with many people both working and living in the area,” said a spokesperson to Daily Hive.

And the chain made sure to encapsulate that vibe through its interior design.

Take a look inside the fast-food joint’s newest spot. 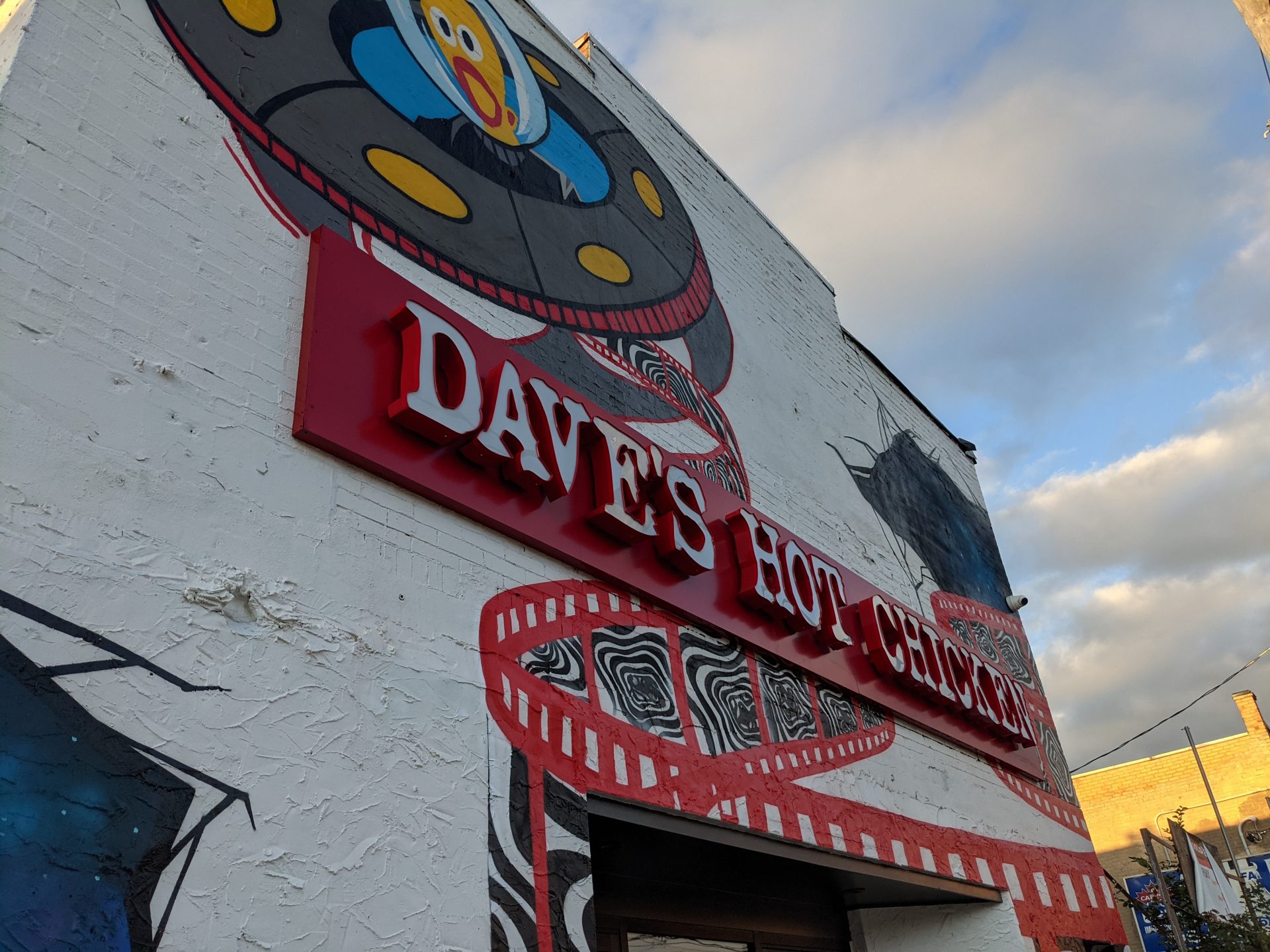 The storefront definitely stands out in the neighbourhood — not like a sore thumb but rather a pop of colour to an already active area.

Just like the Midtown location, the exterior showcases some serious out-of-this-world vibes, or galaxy given the space-inspired look. 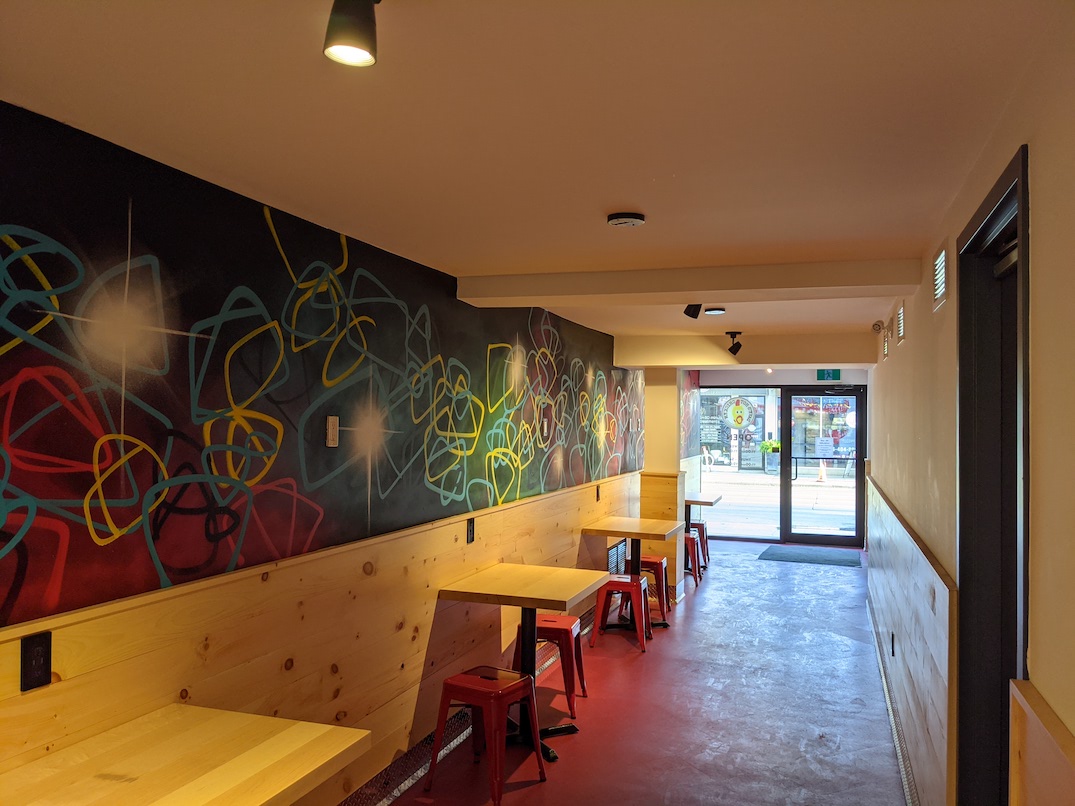 Head through the main door and customers will find ample seating along a colourful wall design, uniting bright colours and a wooden, rustic lining.

As customers head to place their order, they’ll come across bright lights that spell out “Lights, Camera, Tenders!” and “Leslieville” painted in red, similar to the iconic “Hollywood” sign in Los Angeles where DHC happens to originate from. 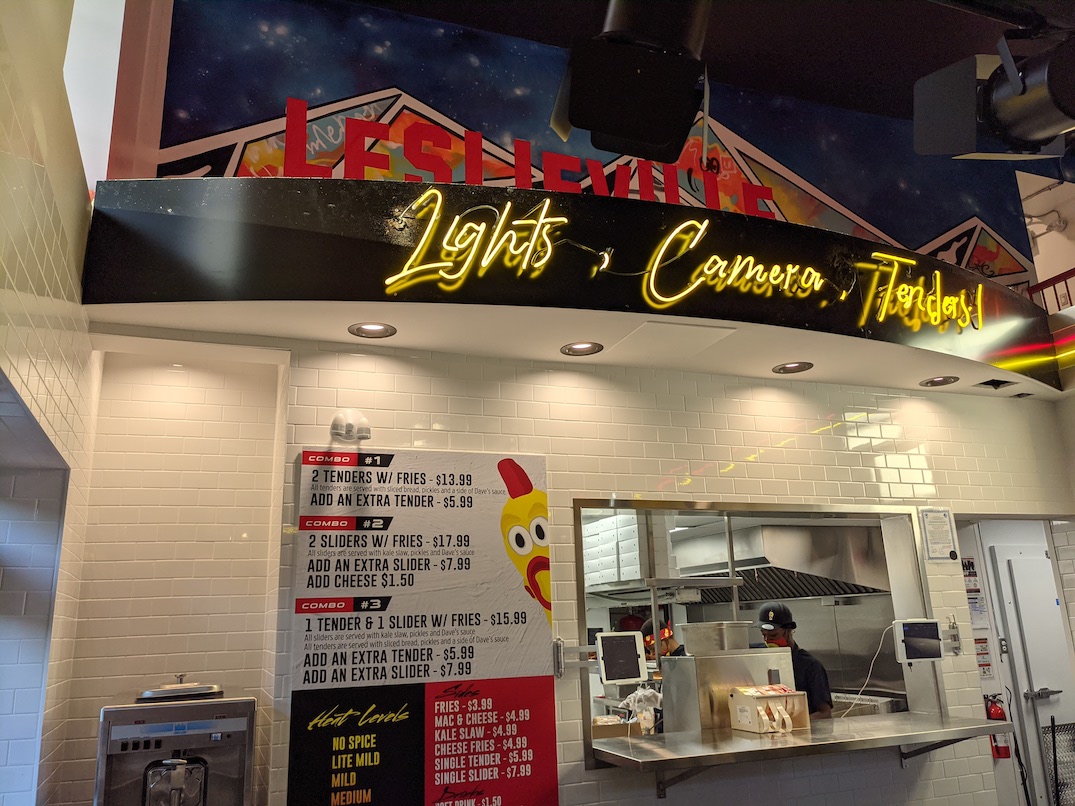 For Dave’s Hot Chicken fans, you know the drill.

Orders are placed at the front and guests can choose from three different combos and seven different levels of spice, from No Heat to Reaper. 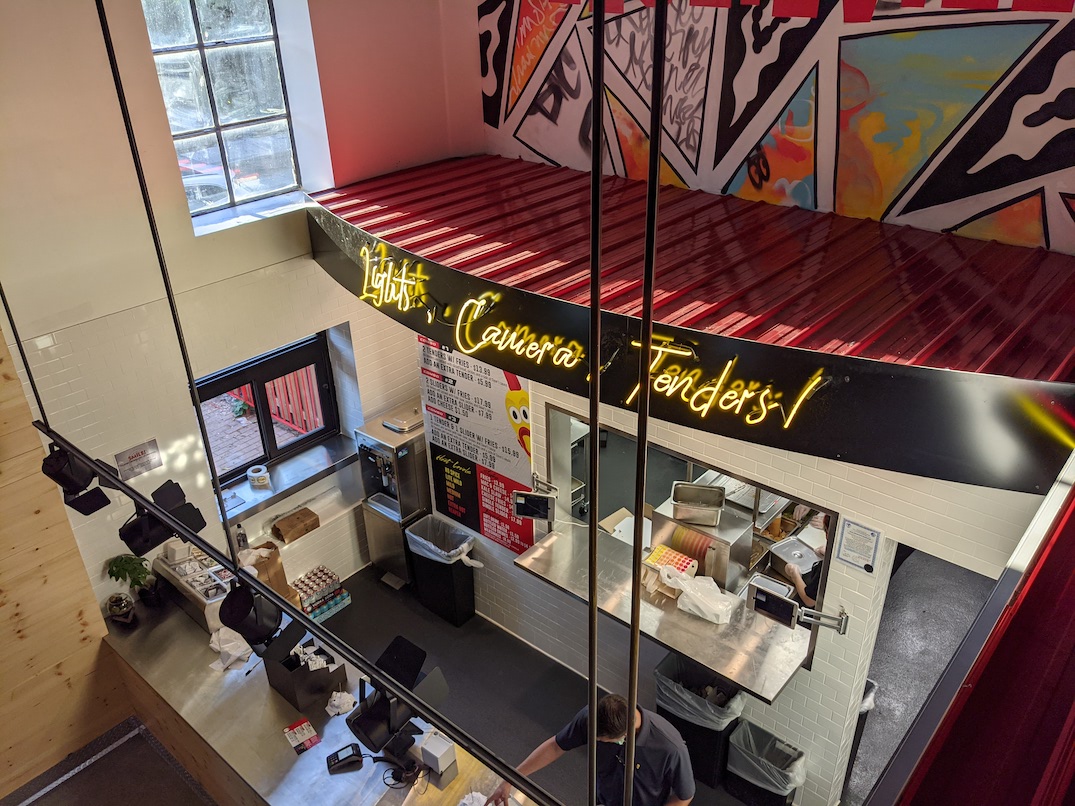 Once the order is ready, customers can also find seating on the second level of the restaurant, overlooking the floor below. 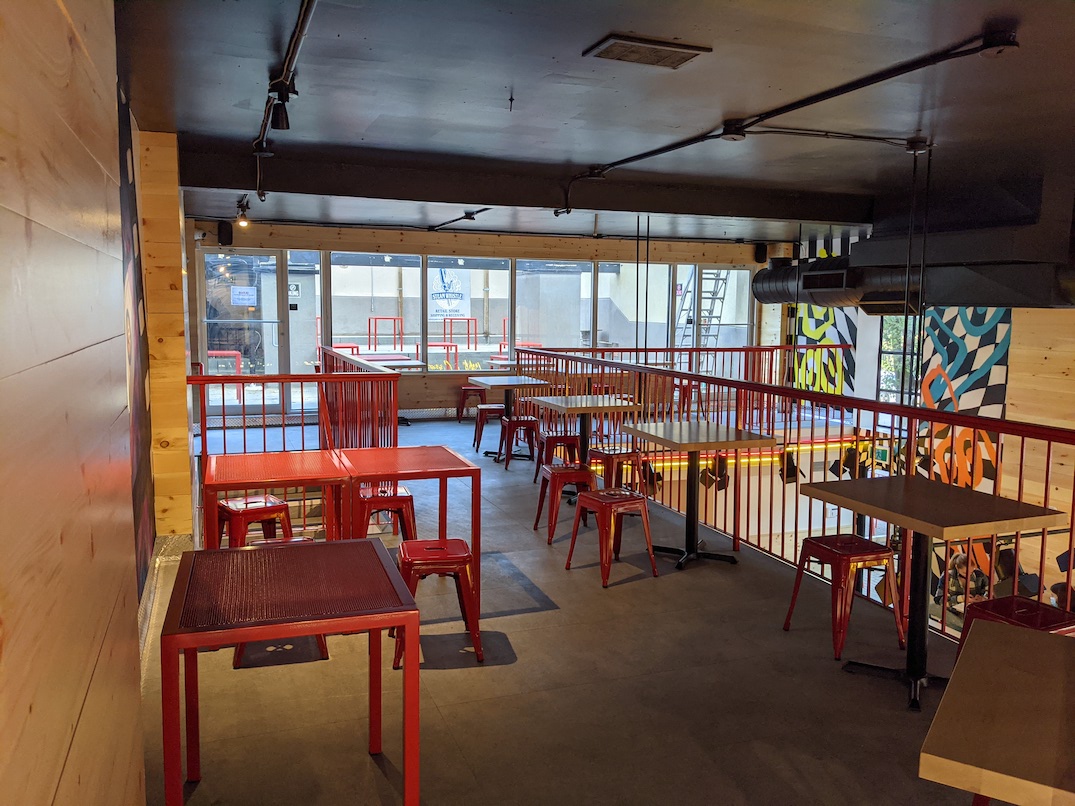 For the warmer days, this location also offers a seasonal outdoor patio, with more seating options.

Though they just opened their third location, there is more to come for Dave’s Hot Chicken as it is set to open more than 30 new locations across Canada in the next few years.

It has been so popular that even homegrown rapper Drake has invested in the American chain.

The chain had opened its second location in Toronto’s Midtown back in July and its first in Parkdale in January of this year. Quite a busy year for the fried food joint.