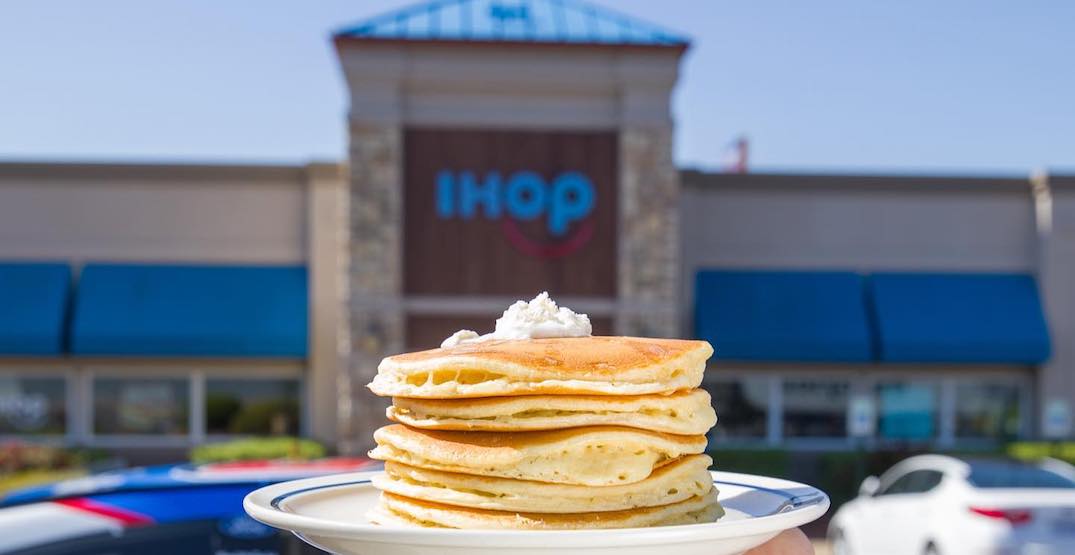 Your favourite breakfast spot just got a new competitor. IHOP has finally opened its first GTA restaurant location in Brampton.

After months and even years of waiting, IHOP has officially opened its doors at its 50 Biscayne Crescent location, less than an hour’s drive from downtown Toronto.

The restaurant held its grand opening on June 7.

The restaurant chain known for its fluffy pancakes had opened a ghost kitchen location for delivery and pick-up in Toronto’s Liberty Village, however, it did not last long.

The dine-in location is also open for curbside pick up but no delivery.

“We began our relationship with Brampton Pancakes Corporation two years ago. They were originally slated to open last year but COVID delayed the opening,” said an IHOP representative to Daily Hive.

Plans for expansion were first announced in 2019 when the chain committed to open 15 locations in the GTA over the course of seven years.

Now the GTA finally has its first location out of many more to come and customers are definitely in for a treat.

You can now enjoy all-day breakfast, delicious lunch and dinner menus, milkshakes, and even protein pancakes.

The new IHOP location is open daily from 6 am to 10 pm.