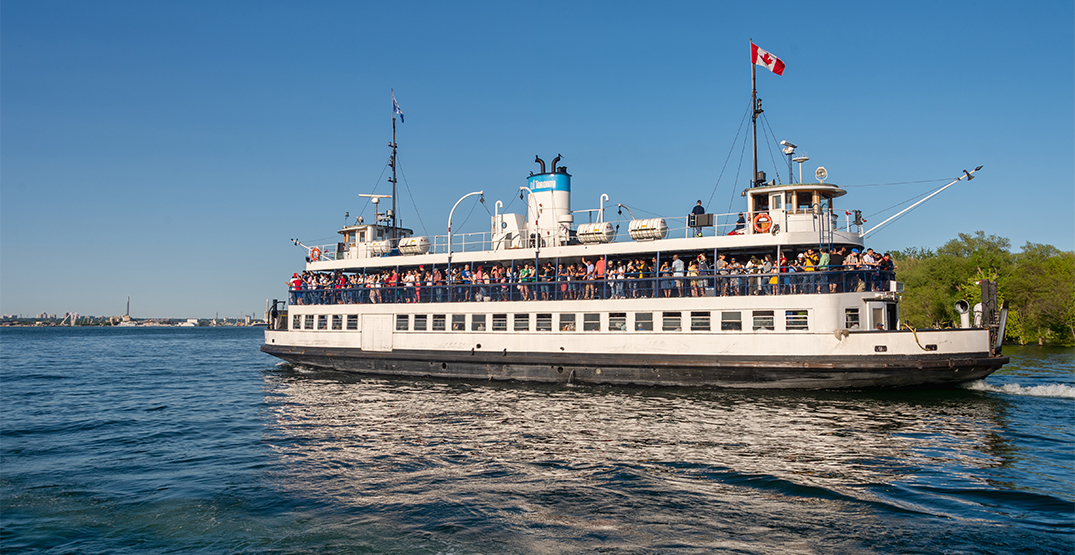 The Toronto Islands are a little piece of paradise just minutes away from downtown, and a day trip to them is a popular part of summer in the city.

On the Islands you’ll find sandy beaches, an amusement park, bike rentals, canoe rentals, sports fields, and more. But getting there requires a little bit of advanced planning.

Here’s everything you need to know about getting there: 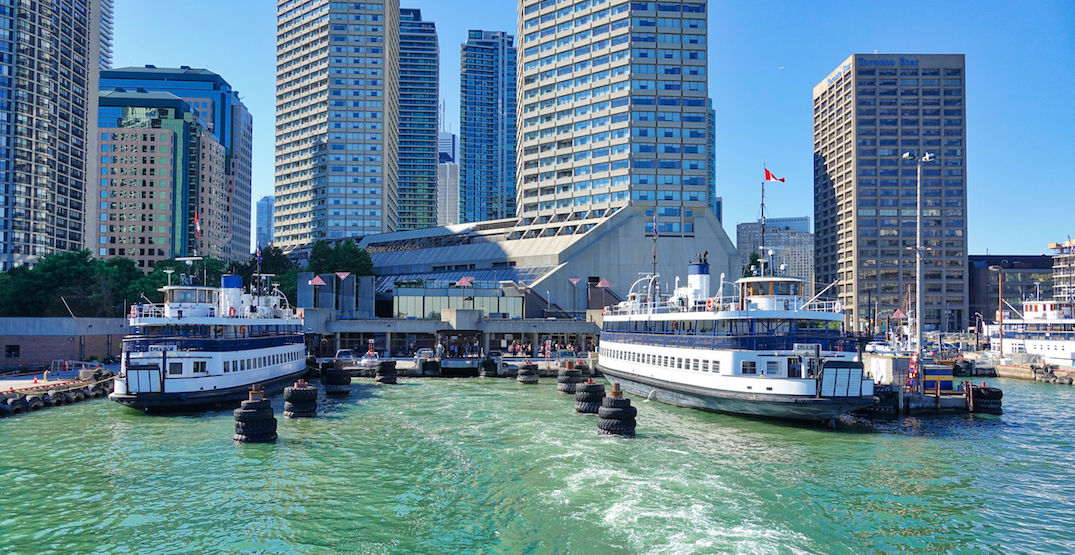 The ferry is the cheapest and easiest way to get to the Island, though it does get crowded on weekends and holidays. You may have to wait a few sailings before getting on.

An adult round-trip ticket costs $8.19. Students and seniors pay $5.37, and children 14 and under pay $3.95. Travellers purchase tickets at the Toronto terminal or online. The trip back from the Island is free.

The ferries depart from Jack Layton Ferry Docks on Queen’s Quay between Yonge and Bay streets. It’s a short walk from Union Station, and the Harbourfront streetcar will drop you off even closer.

There are three ferry routes to choose from. One goes to Centre Island, which is the busiest destination and has an amusement park for kids. The second goes to Hanlan’s Point, where there’s a clothing-optional beach, popular with the LGBTQ+ community. The third goes to Ward’s Island, a mostly residential neighbourhood with a cafe and beach.

All three ferry routes run on an hourly schedule, with Centre Island and Ward’s Island boats departing Toronto on the hour and Hanlan’s ferries departing on the half-hour. View the schedule on the City of Toronto’s website.

Pro tip: the Ward’s Island ferry keeps sailing even after the others have stopped. Its last sailing back to the city is around 11:30 pm.

Due to COVID-19, the ferries are operating at half of their normal capacity. Masks are mandatory on board.

Several water taxi services depart from downtown Toronto to the Toronto Islands, and the trip usually costs $10 per person each way. The taxis leave as soon as they’re full enough to make the trip profitable for the operator.

Harbourfront Centre has a map of where the taxi services depart from along the waterfront: 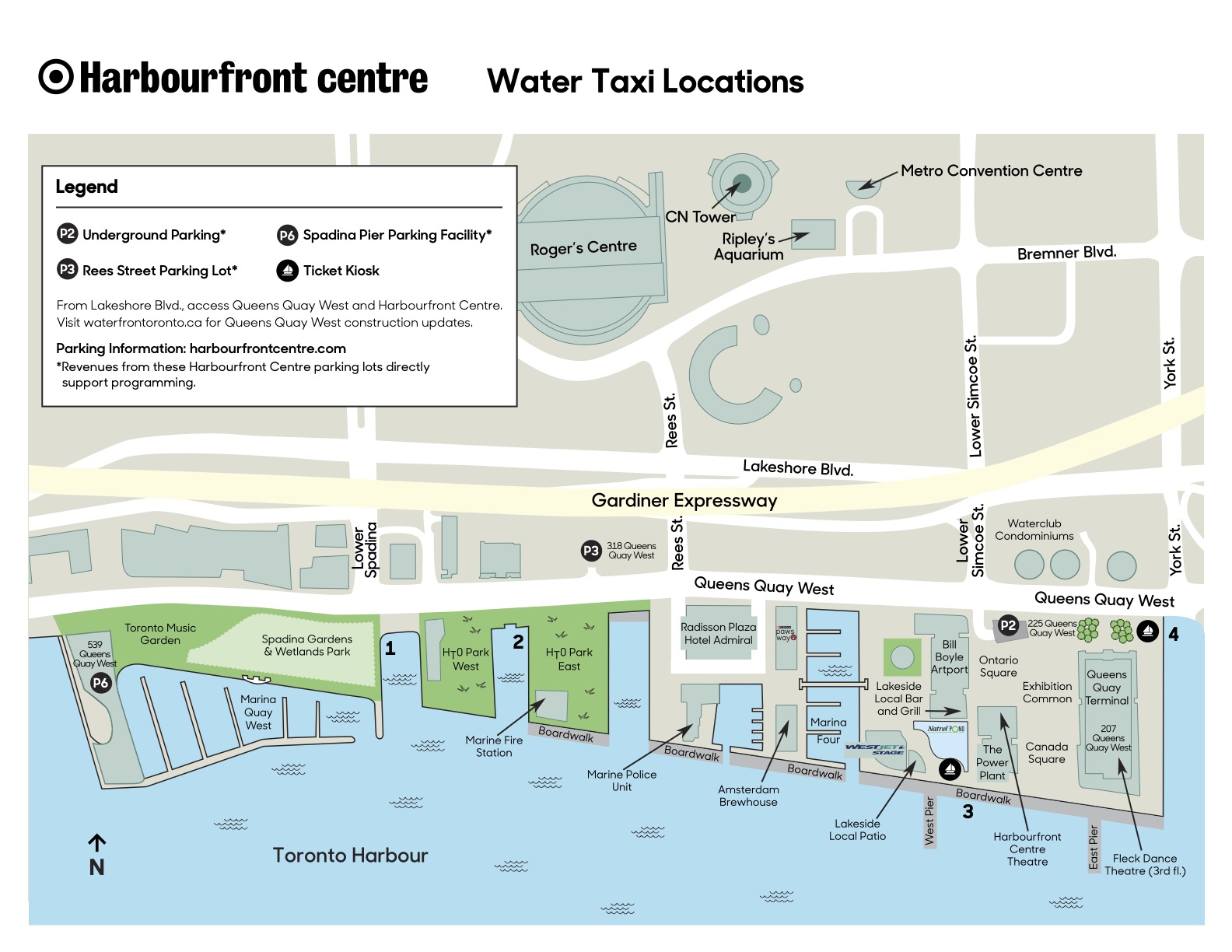 One-way tickets cost $8 on the tender, and marina members can purchase ticket packages at a discount.

The tender dock is on the east side of Queen’s Quay Farm Boy, a short walk from Union Station.

This active way of getting to the Toronto Islands requires a bit of planning, and kayakers should keep in mind they’ll be traversing a shipping channel and sharing the water with freighters and speed boats.

But if you’re up for the challenge, you can rent your vessel from Harbourfront Canoe & Kayak Centre where staff can suggest some routes for paddling. 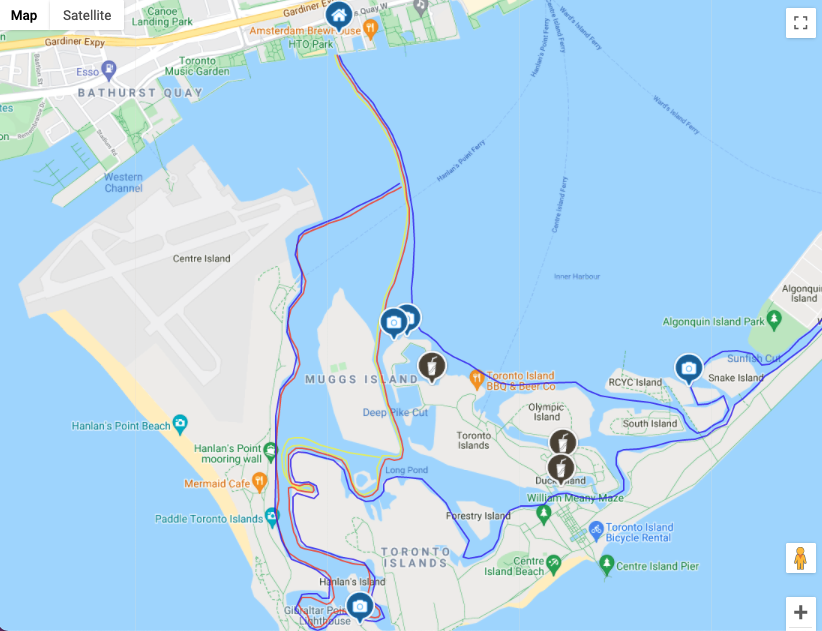 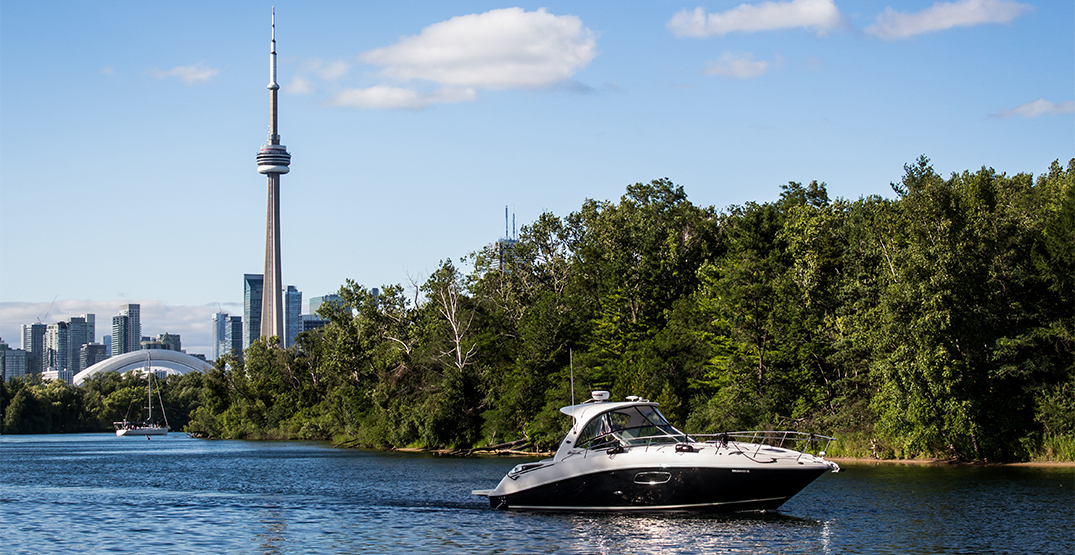 Boaters looking to disembark and walk around the Island can take advantage of first-come-first-serve parking at the Toronto Island Marina. Their rate for three hours is $75.

Although confident swimmers may be tempted to make the 500-metre journey from Cherry Beach to the Island, the route crosses an active shipping channel where boats could kill or injure a swimmer.

Those looking for an open-water swim experience on the Island can check out some of the swim races and triathlons held there instead.