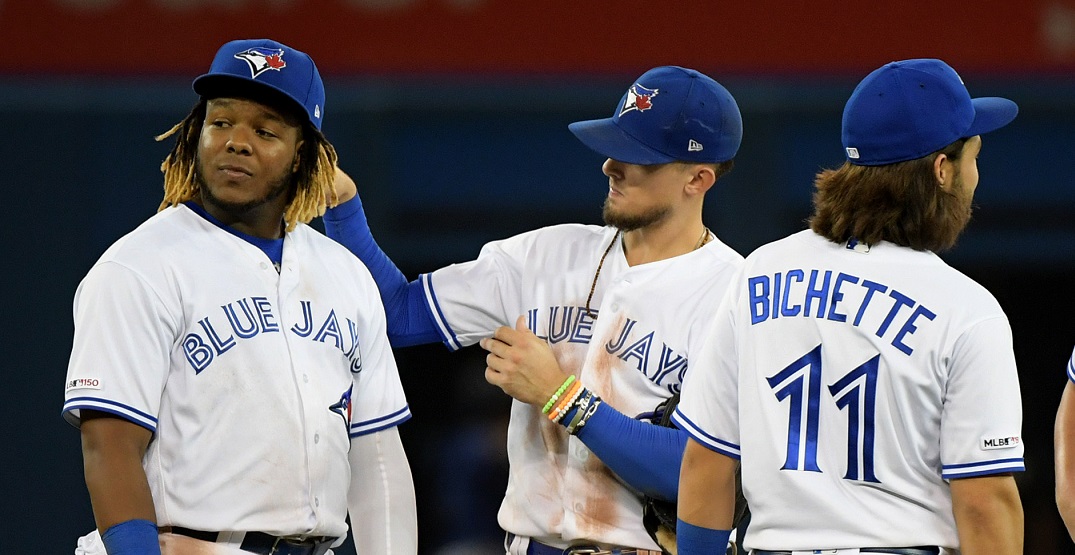 Hold your horses: Toronto Blue Jays tickets (in Canada!) will soon be available for purchase.

While the team’s return to Toronto after parts of two seasons away in Dunedin, Florida, and Buffalo, New York, is set for July 30, Jays tickets aren’t quite yet on sale.

You’ll have to wait until 10 am ET on Thursday, July 22 to buy tickets on the Blue Jays’ official website.

“Rogers Centre will host 15,000 fans in a combination of standard traditional seating (two-thirds of bowl tickets) and physically distanced pods of up to four seats (one-third of bowl tickets) for the first 10 home games from July 30 to August 8,” a team press release stated.

The 500 level will be closed for the Jays’ first 10-game homestand in Toronto, which sees the team face off against American League opponents Kansas City, Cleveland, and Boston in three consecutive series.

“The Blue Jays have reconfigured the ballpark manifest to ensure there are a variety of ticket options, while continuing the highest standard of operations under the current health and safety protocols,” the release added.

More info is expected to come out soon about games past August 8. No information about mutli-game flex packs has been made available, as it appears single-game tickets are the only option to buy right now.

Demand is expected to be high for the tickets, as it’s been nearly two years now since the Jays played their last home game underneath the retractable roof. The Blue Jays will also be inviting 250 frontline workers to each game for the first homestand.

However, if you’re looking to get your hands on some Jays tickets now, there is another much costlier option: commit to season tickets for 2022, which offers priority to 2021 tickets right away before Thursday’s sale.

The release also included a list of health and safety protocols, including but not limited to: