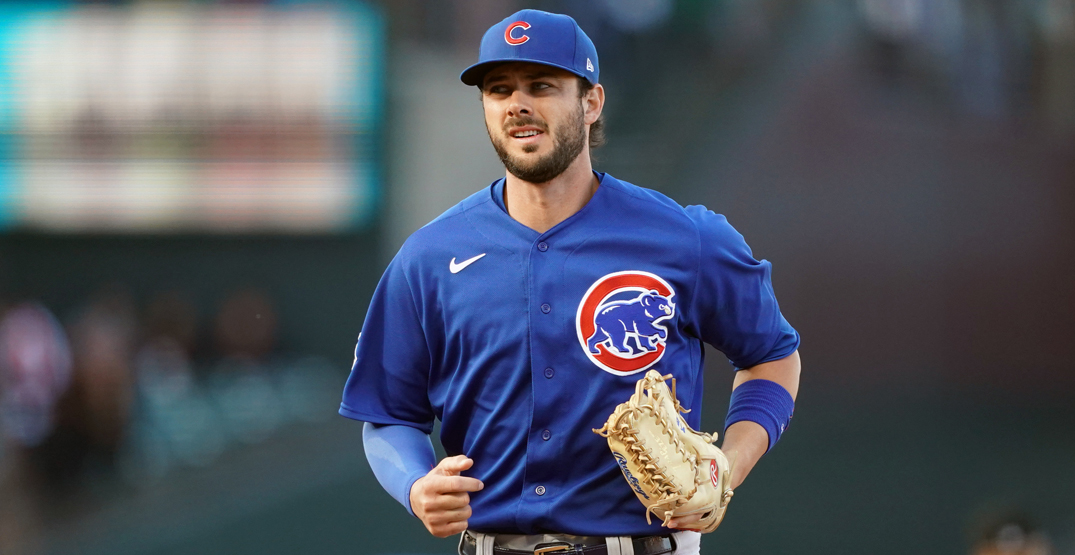 As the second half of the MLB season approaches, one of the most exciting junctures of the campaign is upon us: transaction season. As teams load up for their second-half playoff push, contenders look to load up, while bottom-feeders strip down and rebuild.

For the second consecutive season, the Blue Jays will be buyers at the trade deadline, which is always way more exciting than: “Hey, look what we got who might pan out in four-to-five years?”

The Blue Jays have already been active on the trade market, making three separate trades for relievers Jacob Barnes, Adam Cimber and Trevor Richards, but Toronto’s front office isn’t finished dealing quite yet.

As one of MLB’s best run-producing teams in 2021, they can go one of three ways over the next three weeks; load up on offence, zero in on pitching help, or thread the needle and address both offence and pitching with trades leading up to the deadline.

It takes a lot of variables for teams to match up on potential trades, but here are three potential blockbuster deals the Blue Jays would be wise to entertain heading into the July 30 trade deadline.

The last time the Blue Jays traded for “rental” players in a non-pandemic year was their blockbuster 2015 trade deadline when Alex Anthopoulos loaded up on anyone and everyone for the team’s second-half surge.

The Blue Jays bolstered their roster by trading for Troy Tulowitzki, David Price, Ben Revere, Mark Lowe and LaTroy Hawkins. That 2015 team sent a clear message at the deadline: they were going for it.

Oddly enough, the Blue Jays find themselves in an eerily similar scenario in 2021 when their run differential suggests their record should be much better than it is on paper, and acquiring two former All-Stars would bode extremely well for their playoff push.

With the Chicago Cubs falling out of the NL Central playoff picture, they could look to sell off their would-be free agents, including superstars like Craig Kimbrel, Kris Bryant, Anthony Rizzo and Javier Baez.

The Blue Jays already have capable players at first base and shortstop, but they could certainly upgrade at third base and late relief, which makes Bryant and Kimbrel two very intriguing options for the Blue Jays.

Bryant would be a rental, and Kimbrel has a vesting club option for 2022, which means the asking prices from the Cubs will be high, but not exorbitant. Teams won’t need to empty the cupboards bare of their best prospects, but they will trade something of high value for players of this calibre.

The Blue Jays already own one of the most potent lineups in the American League, but that one missing piece on the diamond seems to be a regular everyday third baseman. Who better to fit the bill than a former NL MVP in Bryant?

In order to get this deal done, the Blue Jays would part with their number four prospect. Two years ago, the Blue Jays acquired Simeon Woods-Richardson at the trade deadline from the Mets, and his stock has risen ever since, cracking some Top 100 prospects list.

With two big-leaguers departing off their roster, the Cubs get back someone with infield/outfield experience in the form of Lourdes Gurriel Jr. By kicking in $5 million in cash, the Blue Jays offset Gurriel’s salary for next year, and he’s cost-controlled through 2024.

24-year-old outfielder Chavez Young is a sweetener in this potential deal, almost as a failsafe for the Cubs in case a Gurriel in the outfield experiment doesn’t pan out.

At the start of the season, the Minnesota Twins couldn’t have envisioned themselves as sellers at the 2021 trade deadline, but with the team sitting in the AL Central basement, they have no choice but to reload and cash in on some assets and essentially punt this season.

The Twins have some very intriguing pieces that line up nicely for a team like the Blue Jays who could desperately use some back-end bullpen reinforcement and a high-impact starter for the front end of their rotation.

Jose Berrios has been Minnesota’s undisputed ace this season and one of the most impressive young starters in the American League. He comes with an additional year of team control through the 2022 season.

Taylor Rogers is another pitcher who tags along with an additional year of control, which makes him and Berrios even more highly coveted for teams like the Blue Jays, who see this timeframe as their window of contention.

It’s a high price to pay, but the Blue Jays would get Berrios and Rogers for two playoff drives; this season and next. With Robbie Ray and Steven Matz sitting as potential free agents at season’s end, it wouldn’t be a bad idea for the Blue Jays to lay the groundwork for some starting pitching replacements ahead of time.

Offering back Nate Pearson, the 100+ MPH fireballer right-hander could give the Twins their potential replacement for Berrios, and might be an ideal change-of-scenery candidate for the oft-injured pitcher.

Pearson’s development has been anything but a linear process with the Blue Jays, and his latest injury setback is yet another step backwards for a pitcher who was once touted the best right-handed pitching prospect in baseball.

Given the additional year of control on both players, the Blue Jays would need to pay a premium, and packaging along their number three prospect Jordan Groshans seems like a fair price to pay for two top-end pitchers from the Twins roster.

Teams can never have too much starting pitching, and that’s especially true as the calendar turns to September and October. For the time being, the Blue Jays have a stable rotation, but fortifying the front-end of the starting rotation is often where playoff series are won and lost.

After a rocky start to the season, Kyle Gibson has been one of the best starting pitchers in the American League. The Blue Jays have done their homework on the right-hander as they reportedly offered more money than the Rangers over one year ago.

Perhaps the second time is the charm in acquiring the nine-year veteran from the Texas Rangers. They also have an attractive bullpen piece, their current closer, Ian Kennedy.

Gibson is under contract through the 2022 season, but Kennedy would strictly be a second-half rental for the Blue Jays. Regardless, they still need all the bullpen reinforcements they can get, even after the last handful of trades, to shore up the relief core.

In order to get, you have to give, and for the Blue Jays, they can deal from their position of strength by offering one of their surplus of catchers. The most attractive of the bunch is Alejandro Kirk, who is currently rehabbing in Triple-A.

To sweeten the deal, the Blue Jays could offer their proverbial Swiss Army knife: Cavan Biggio. After a slow start to the 2021 campaign, Biggio has bounced back since his IL stint, slashing .280/.371/.493 in 23 games dating back to June 11.

If healthy, the Rangers get back a MLB-ready infielder/outfielder in Biggio, and a potential starting catcher in Kirk.