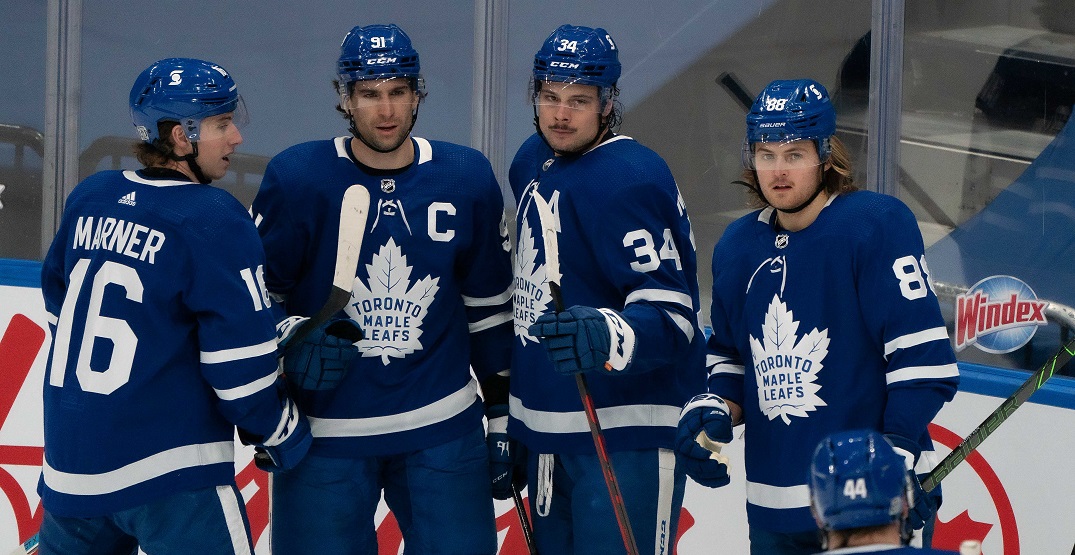 The Toronto Maple Leafs are set to kick off another season tonight.

After last season’s playoff heartbreak at the hands of the Montreal Canadiens, well, here we go again. The Leafs and Habs get things going tonight at Scotiabank Arena, with the first of 82 regular season matchups as the league looks for some sense of normalcy.

You’re likely familiar with the popular narrative that too much of the team’s money is tied up in high-end talent.

Jake Muzzin comes in as the team’s highest-paid defenceman, making $6.5 million this season with a cap hit of $6.25 million.

But it’s interesting to see how the rest of the roster fills out as well, with six players set to make under $1 million and another six in the $1-2 million range.

According to capfriendly.com, the Leafs are one of 10 teams of the league’s 32 entering the season with $0 in cap space. It’s also the team’s last year paying Phil Kessel $1.2 million after retaining 15% of his salary following his trade to Pittsburgh back in 2015.

The Leafs also have two players on entry-level deals: Rasmus Sandin and Timothy Liljegren, and the CBA dictates that their salaries don’t exceed $925,000.

Here’s how much each Leafs’ player will be making this season, sorted by 2021-22 salary.

*Mikheyev is starting the season on long-term injured reserve, with Michael Amadio making the roster in his absence.