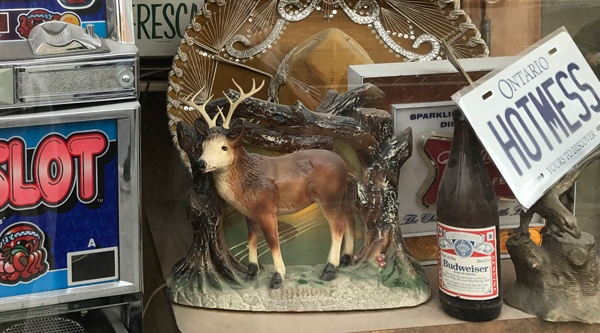 Expected to open in early December, the new bar and restaurant will be packed from floor to ceiling with vintage signs, memorabilia and other tokens of Americana. Meanwhile, the sound system will pipe in a curated mix of old school country peppered with blues, punk, and rock.

The vibe will be decidedly dive-y.

Once open, expect Tex Mex food at Hot Mess that looks nothing like the boxed Old El Paso offerings you grew up with.

Tacos will actually be absent on the opening menu, which is billed as fresh, scratch-made Americanized-Mexican standards.

Instead look forward to a focus on enchiladas, chili con queso (like a Mexican fondue), and proper Texas chilis (two or three different kinds). Brunch might launch later on, and is fantasized to feature breakfast tacos like they do in Austin.

At the bar, the signature drink will be a Texas Tea featuring black tea with Jack Daniels, lemon, and simple syrup. Margaritas, micheladas, and paloma cocktails will be on the drinks menu too, along with lots of tequila, whisky, and low-brow beers.