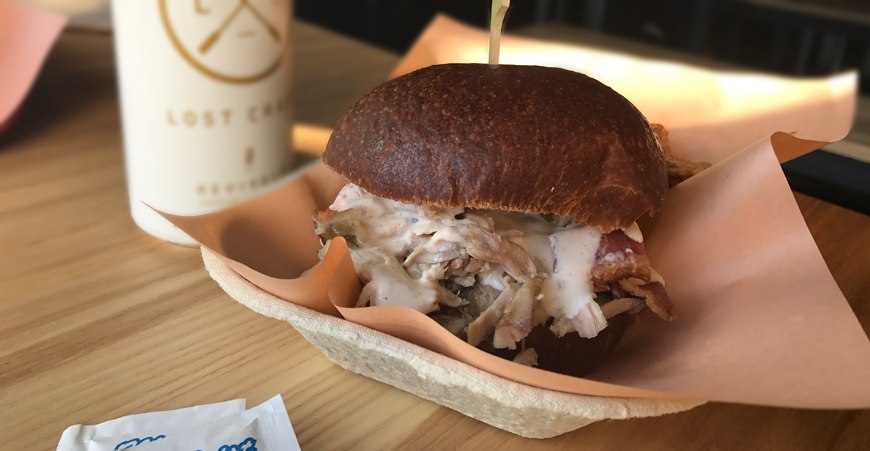 BBQ enthusiasts in Toronto have a lot to be excited about right now.

There’s been a recent surge of new smokehouses each paying deep reverence to the regional styles of the Southern States and this newly opened establishment on Dundas Street West might be the latest, though it’s certainly no stranger to the scene.

Having started in 2013 as a pop-up vendor at events like The Stop Night Market and the Drake Devonshire, Smoke Signals is co-owned by high school buddies Nick Chen-Yin and Diego Bergia.

Unlike at J&J’s or Adamson’s where the meat generally sells out for the day by early afternoon, here, the intent is to open for dinner from 5 pm to 11 pm nightly from Wednesday to Sunday.

It’s a short window to get your fill, but the place is actually staffed 24-hours around the clock. The midnight shift, responsible for briskets, feeds the offset smoker ash all night until relieved by the morning shift that then gets started on chicken and ribs for the day. 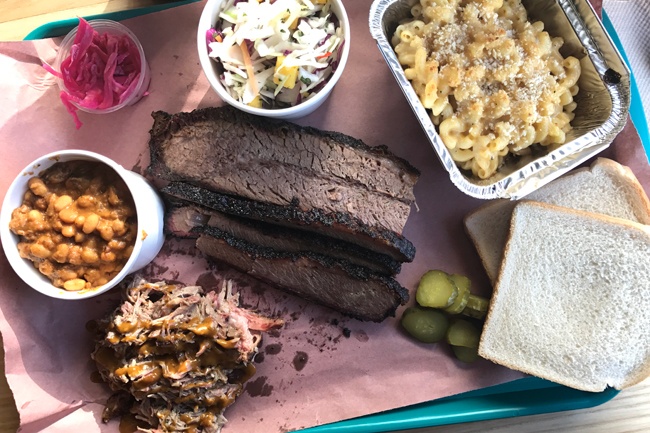 Smoked meats are sold by weight a la carte, or on platters packed with selections of meats and three sides starting at $38. 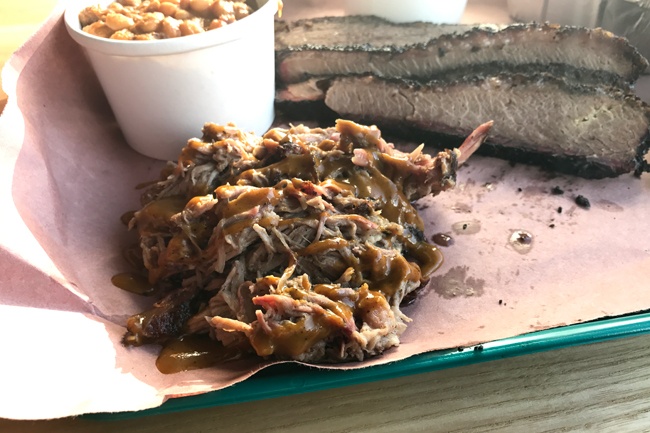 Chicken ($10/piece) comes glazed in a sweet and tangy red barbeque sauce, meanwhile, the snappy house-made sausages ($6/link) are of the hot guts variety and are especially peppery. 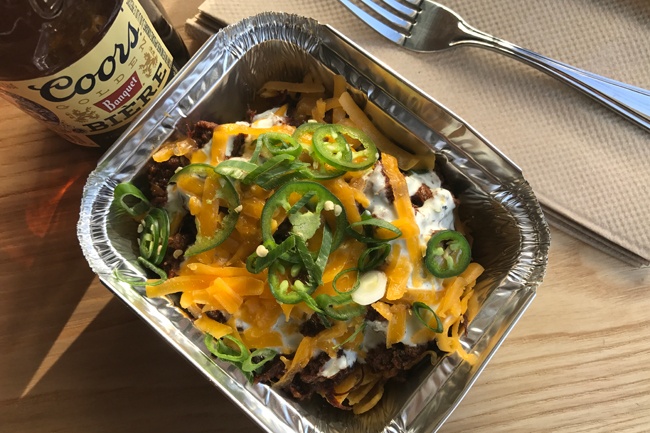 Frito-pie ($8), is questionably served in an aluminum container rather than a bag, but the combo of corn chips, brisket and rib tip chili, cheddar, crema, scallions, and jalapenos is on points. 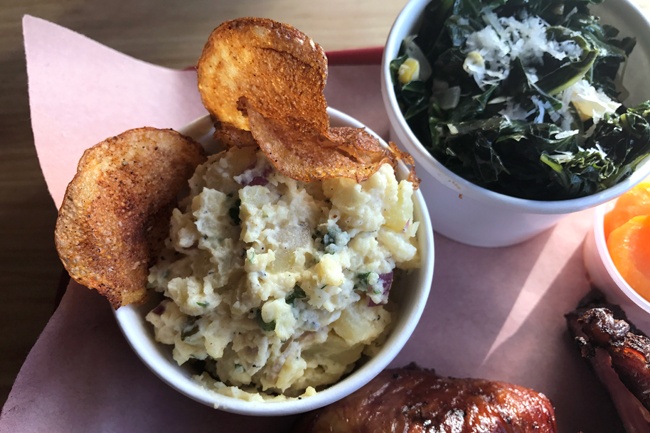 Portion sizes are very shareable. Even the sandwiches are a rather generous serving. For vegetarians, there’s smoked jackfruit on a bun with jerk sauce and slaw ($10), while meat-eaters can wrap their paws around The Bama White ($12), a pile of smoked chicken, bacon and pickles on a brioche bun smothered in white barbecue sauce. 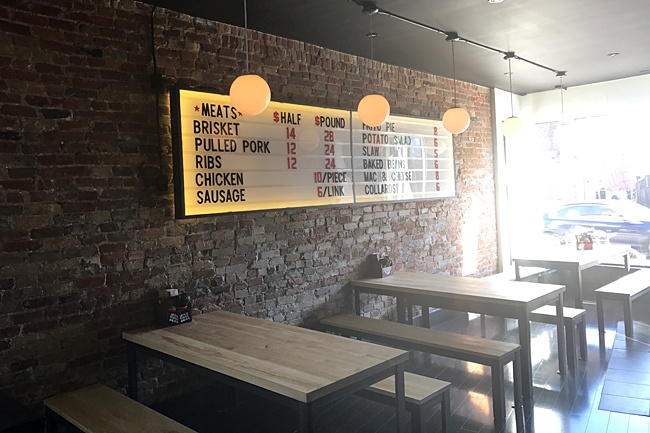 Take-out orders are welcome but long communal tables offer ample seating, the house lager on tap ($6.50), and a selection of craft brews in bottles and cans (from $5) offer another reason to stick around.

While most BBQ joints have adopted banana pudding for dessert, Smoke Signals bucks the trend and instead offers nata pudding, an egg custard in a graham cracker crust that pays homage to the neighbourhood’s Portuguese roots.