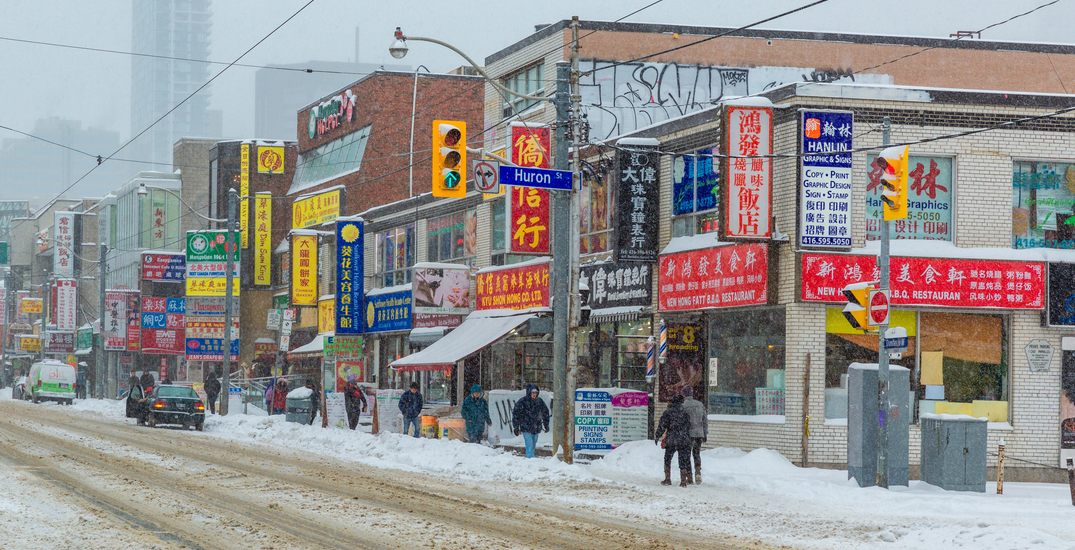 Toronto was transformed into a winter wonderland yesterday as the city experienced its first snowfall of the season.

Flurries continued to fall for much of the day, leaving the city blanketed with several inches of snow by Sunday night.

According to a weather summary from Environment Canada, Toronto’s east end had received 7.1 cm of snow by 3 pm.

Midtown Toronto was even snowier —10 cm had fallen by the afternoon, and 10 cm also fell in Vaughan and at Pearson Airport.

The city’s Downsview neighbourhood was dusted with 11.5 cm. At 13 cm each by 3 pm, Scarborough and Aurora saw the most snow in the GTA yesterday.

With more snow in the forecast this week, winter seems to have officially arrived in Toronto.

According to Environment Canada’s forecast, there’s a 30% chance of flurries on Monday night, and a 60% chance of snow on Tuesday.

Rain is expected throughout the day on Wednesday and Thursday, but the precipitation will revert back to snow on Thursday night. Friday will see a mix of snow and rain.

It’s going to be a messy week, Toronto.