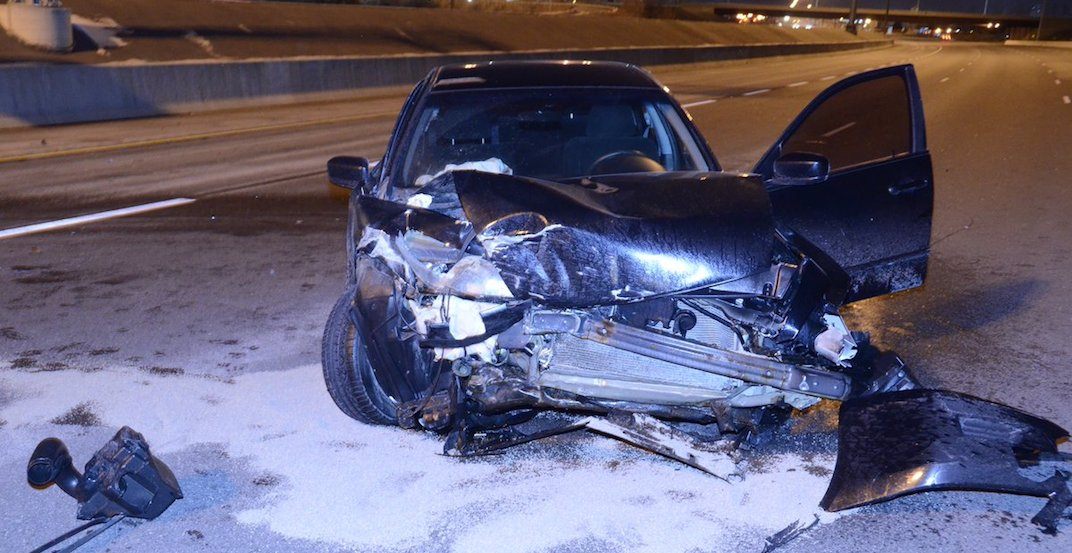 According to OPP Sgt. Kerry Schmidt, the crash happened on Highway 410 near Steeles Avenue around 1 am on Thursday.

Schmidt says the driver lost control of the vehicle, which rolled over and hit a concrete wall before coming to a stop.

The driver then fled the scene on foot and was later picked up by Peel Regional Police.

The driver has been charged with dangerous driving causing bodily harm as well as failure to remain at the scene of a collision. Schmidt also said the driver wasn’t licensed.

After visiting the hospital, the 18-year-old was taken into custody and is now being held on bail for existing robbery charges.

Schmidt said there’s no word on what caused the crash.

Northbound 410 was closed from Derry to Steeles Avenue early this morning while police investigated.

The section of the highway reopened around 5:30 am.