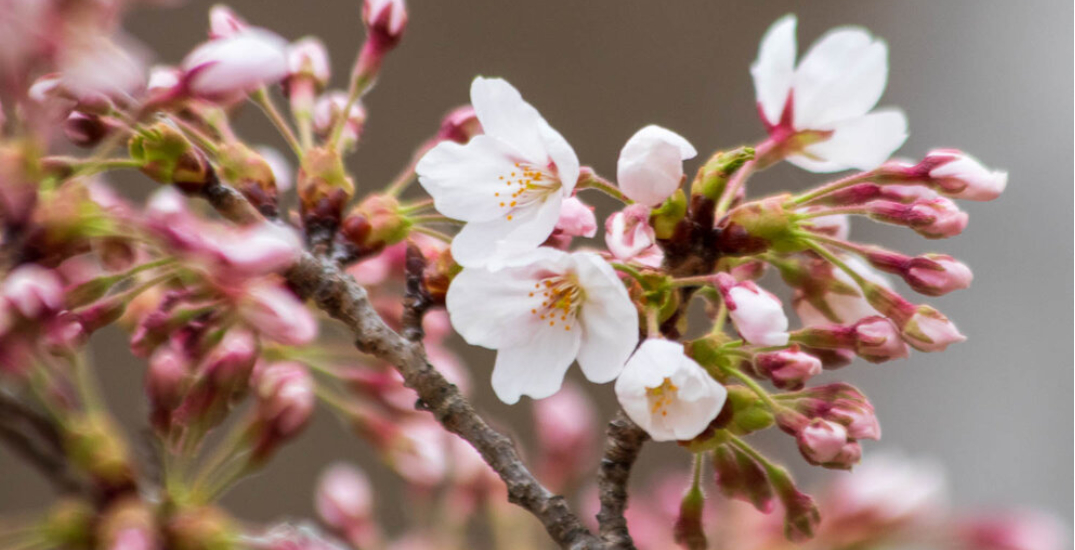 The cherry blossom trees in High Park are expected to reach their “peak bloom” as early as Tuesday.

According to an update from Sakura in High Park, the trees are predicted to be at least 75% open around April 20, with the peak continuing through to April 28.

“The buds are all in their final moments of stage 5 and ready to bloom,” a Sakura Watch post from April 16 reads.

“You can see the fully extended florets and well-defined white petaled bulbs just waiting for the right time and temperatures to open.”

The return of cooler weather to the city has slowed down the bloom, but only by a few days.

The post notes that how long the petals last on the trees is dependent on the weather as they can be knocked down by rain or wind. When the peak bloom begins is also tied to the cold.

Although High Park will remain open throughout the cherry blossom bloom, the trees have been fenced off to deter the large crowds that usually gather for the spectacle.

The City of Toronto has brought back its 24-hour virtual BloomCam so that residents can view the trees from the safety of their own homes.

Sakura in High Park urged people to take advantage of the city’s livestream and to not flock to the park during the bloom, noting that its “not worth the risk.”

“Having crowds and large gatherings in the park to view cherry blossoms would be a huge mistake,” Sakura in High Park wrote.

“If you or anyone you know are planning to do this – don’t.”