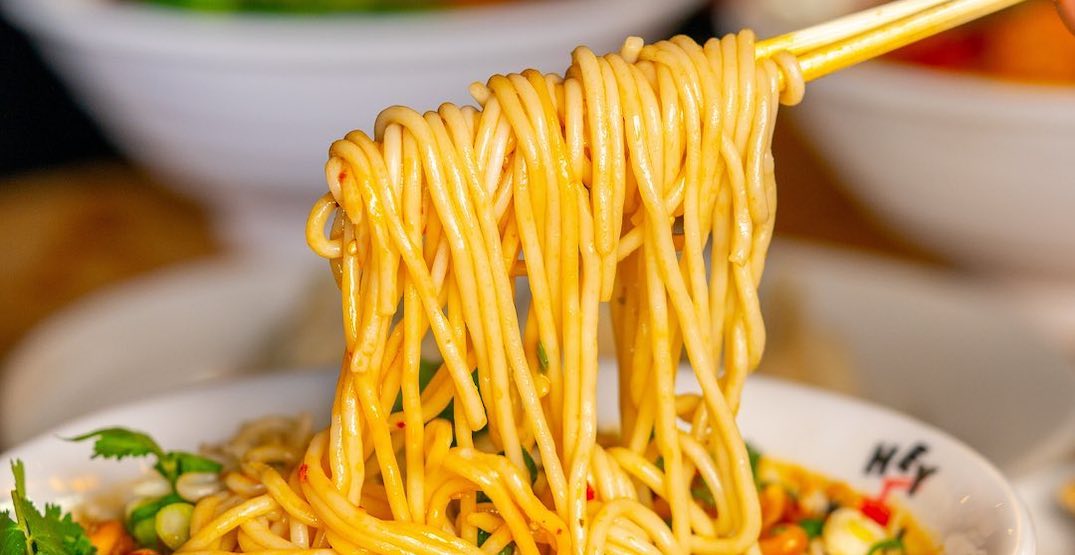 * Editor’s Note: This event was originally scheduled for September 10, but organizers say it is postponed until further notice.

Hey Noodles is opening a brand new location in Toronto’s Annex neighbourhood and they’re celebrating with $1 noods for all.

On September 18*, Hey Noodles is offering its Chongqing Noodles for just $1 in honour of its grand opening.

The deal is available at all of its locations for dine-in only.

The new location would be the chain’s seventh to open in the GTA.

For first-timers, Hey Noodles specializes in traditional Sichuanese cuisine and brings the authenticity of Chongqing street food to North America.

They offer both hot and cold noodles, and everything Sichuanese.

The new location is set to open on September 18 at 526 Bloor Street.