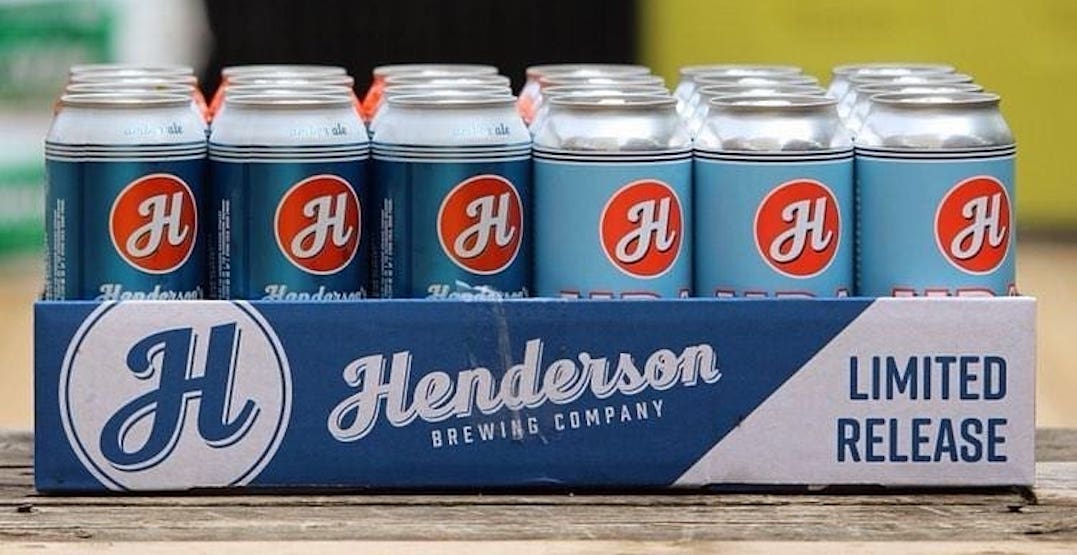 One of Toronto’s local beer purveyors is working to reduce packaging while deliveries are at a high point.

In the midst of this ongoing global crisis, it makes sense that environmentally-friendly actions that were emphasized in the Before Times have fallen to the wayside.

But Henderson Brewery is shifting an aspect of its delivery model in order to make way for a greener alternative.

The beer purveyor has always used milk crates for beer sold at the brewery — doing so has reportedly reduced packaging use by over 10,000 cases over the past few years.

Now that the business has shifted to include a significant amount of home delivery, the brewery is piloting those beer orders going out in milk crates, too. For a $5 refundable deposit, beer is delivered in the crates, meaning no plastic-coverings or other unnecessary waste.

Over just a few days from the pilot’s launch, over 50 crates were ordered through Henderson’s online store.

“Using crates for the beer that we sell out of the taproom was an easy decision,” General Manager Steve Himel said in a release. “Not only does it reduce waste, but it saves us money and they’re easier to move around and stack.”

The initial offer included flagship brands Henderson’s Best and Food Truck Lagered Blonde, but the pilot’s response has led Henderson to determine all its offerings should be available for milk-crate delivery.

“I’d like to see 80% of our home delivery done this way. It is much more common in Europe to see beer sold like this, and maybe with this change in our business, the time has come for it to be this way here as well,” Vice President of Sales Adin Wener said.

Wener has worked as a specialist in brand development in the UK, and is familiar with the reusable packaging model.

“I’d like to see this roll out to bars and restaurants as well when things begin to open up again. It’s a no-brainer as a way to reduce costs and waste.”

You can browse the beer offerings at Henderson online. Full milk crates hold 28 cans at 473ml each.