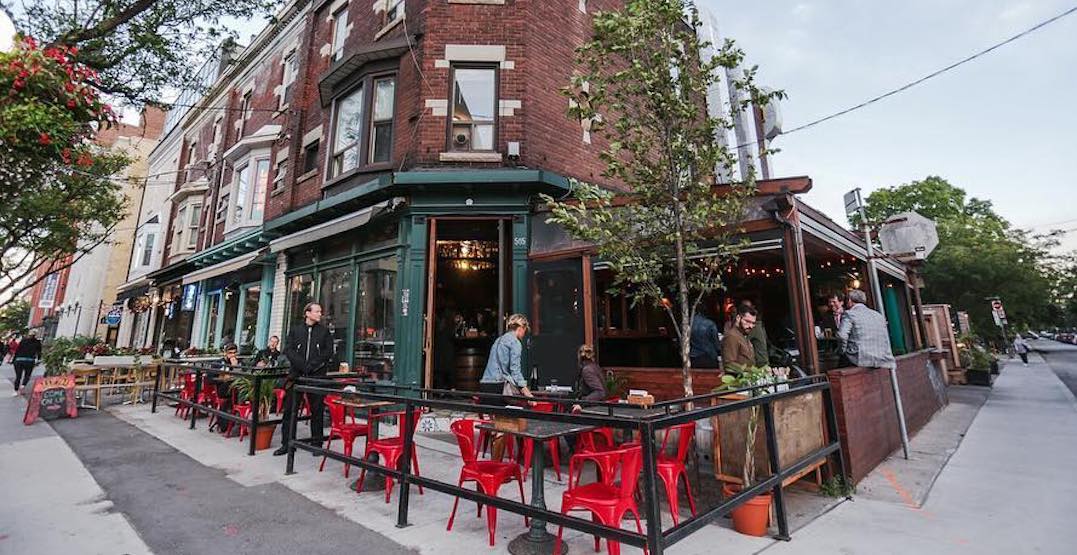 Toronto has been — in every sense of the word — closed, for over a month now.

Everyone has been scurrying, scrambling, and struggling to adjust to different ways of being, but there’s no doubt that the city’s small business owners have been hit by the ongoing situation in a particularly painful way.

While some spots have moved their operations into the virtual sphere, and others have closed temporarily, early April data showed that nationally, nearly 10% of the country’s restaurants had shuttered for good since the beginning of this ordeal.

Restaurants, cafes, artisanal stores, and mom-and-pop shops could be called the thread that holds the fabric of a city together. These places weave themselves through the culture of a space with an integrity that can’t be mirrored (or feigned) by big box stores.

The risk of losing many community-held spaces during this pandemic and its subsequent economic hardship is real and likely. But, if officials look outward for inspiration — north-east and across the Atlantic Ocean, to be exact — they’ll see an example of the sort of simple action that could serve as a saviour.

Earlier this week, Vilnius, capital of Lithuania, announced that the city is set to become “one giant outdoor cafe.” The municipality plans to take their restaurants into the city’s public squares, plazas, and streets, creating a sprawling space dedicated to cuisine.

“Nearby cafés will be able to set up outdoor tables free of charge this season and thus conduct their activities during quarantine. Just open up, work, retain jobs, and keep Vilnius alive,” the city’s Mayor, Remigijus Šimašius, declared, following the government’s announcement about easing quarantine restrictions.

“Of course, the top priority remains safety for all.”

Considering wide-open squares and outdoor plazas aren’t aplenty in downtown Toronto, implementing an initiative like this one on home soil would look different. But that doesn’t mean it couldn’t be done.

In fact, there are several convincing arguments for why it’s necessary.

“Losing our main street and neighbourhood cafes, and locally-accessed restaurants, entrepreneurs, and communities is an incredible cost to our neighbourhoods and societies at large,” says Jennifer Keesmaat, CEO of The Keesmaat Group, and former chief city planner for Toronto.

“Using public space in a fundamentally different way is what’s so profound about what [Vilnius] is proposing.”

She explains that while it won’t look the same as it does in Lithuania, in a city, with streets and grids, there’s no reason public spaces and sidewalks can’t be adapted to accommodate an initiative like this one.

“There are lots of roadways that are under-utilized right now,” Keesmaat tells Daily Hive, “and it’s critical to note, we know we’ll be going into a recovery. An in-between phase, where we’re reintegrating, but not totally. We’ll still need physical distancing.”

As we move into this transition, the vulnerable parts of the city must be considered critically and, Keesmaat said, that quickly zeroes in on cafes and small street restaurants. Vulnerable, and simultaneously spaces that, she emphasizes, we need at the neighbourhood scale.

But everything — even a necessity — has a cost. To make a sudden and major adjustment to the way a city uses its sidewalks and streets, in the middle of a global pandemic, no less, seems like a proposal worthy of a hefty risk assessment.

“I would flip it around,” Keesmaat counters, highlighting instead the costs of not taking this sort of action. The huge risk, she says, lies in both the time it takes for a plan to be organized, and in letting business owners know that a solution is coming.

“Many are right on the edge deciding whether to shutter or hang in. We need to have a strategy in place, and a plan, and a timeline, to give them some hope,” she says. “There is an incredible cost to cities and societies. There is incredible damage if we lose walkable urbanism.”

And really, she explains, the transition wouldn’t ask that much of the municipality, save for political will. There is no redesign necessary, no changes to infrastructure — instead, the shift will be in how the spaces that already exist are approached and experienced.

“Right now, we have rules,” she says. “We don’t let [businesses] use the sidewalk, we assume roads are just for cars… but our roadways should be used to best serve public interest. Is there a reason a laneway can’t be taken over?”

She stresses that there’s no need for overregulation, and that there isn’t even a necessity for “a shovel in the ground.” Even the messaging that would surround the new initiative is one that Keesmaat says, probably, business-owners would eagerly jump on, given the chance.

“Owners would create [signage] themselves if the city empowered them to do that.”

With every major step taken within a city’s sphere, there’s an integral player that helps to determine the success of a movement: the people, as a collective. But, Keesmaat guesses, Torontonians won’t present as a barrier to an initiative like this one.

“The city and the society is actually founded on trust. There are a multitude of things we do every day that are based on trust. You can’t have the city without it,” she explains, noting though, with a laugh, that behavioural science isn’t her field.

Of course, she says, there will be outliers. But those anomalies will always exist, “with or without a pandemic.” All in all, she believes if guidelines aren’t muddy, people are likely to follow them.

“We built the city on trust and we need to continue to plan our city based on the best of what’s in us. I think the worst of our behaviours are the outlier behaviours, not the majority, in my experience.”

There are details that would need to be worked through, as with all plans of action, if Toronto opted to follow Vilnius’ lead. One, Keesmaat says, is that individuals working in restaurants should be tested for the virus before consistently facing the public.

Ultimately, she explains, there are multiple social objectives. The overarching ones are public health, and public safety.

“But, the other objectives still matter, and they matter a lot.”

What this situation asks of our city is to meet those top objectives, without letting what lies beneath them fall to the wayside.

“Let’s flip around how we use the infrastructure of the city,” Keesmaat says, “so we can protect the things that matter.”