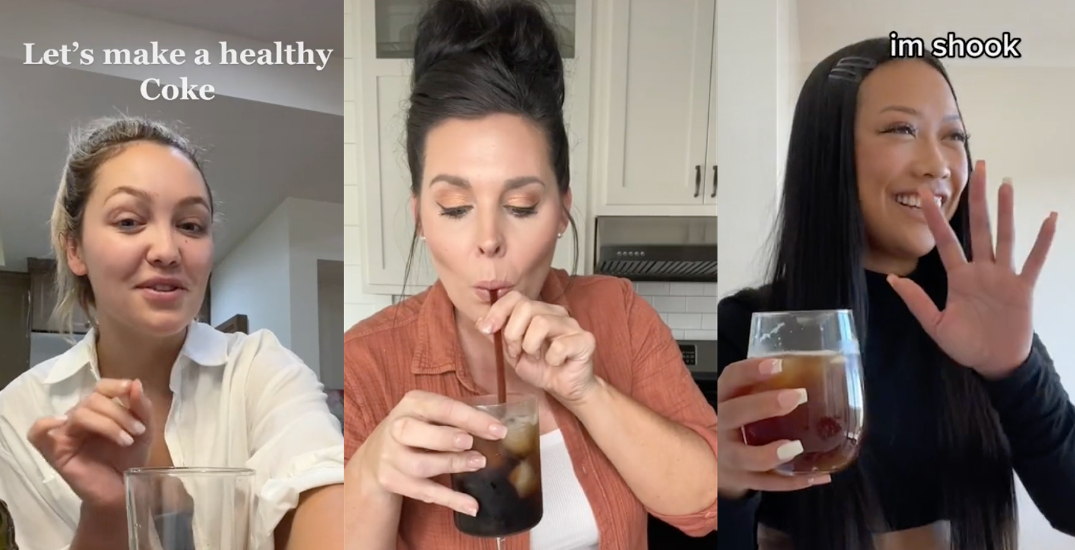 A shocking “healthy Coke” recipe has gone viral on the internet and it can easily be made with just two ingredients.

We all love cola, but it’s not exactly great for our bodies. Cola can be too sugary, abrasive on the teeth, and addictive. That’s where this easy-to-make drink comes in for the rescue, and people who’ve tried it are mostly really enjoying it.

TikToker Amanda Jones originally posted the recipe, saying it’s a “healthy alternative to a Coke” that she learned about from her pilates instructor.

Her video has amassed almost 7 million views since it was posted on June 6.

“I am not joking you, it tastes just like a Coke and you’re going to think I’m insane,” said Amanda before mixing in the ingredients.

A lot of skeptics on TikTok were pleasantly surprised when they made the beverage because its ingredients are pretty unexpected — off-putting, even.

Want to give it a try? Here’s the recipe:

The first thing you need is some sparkling water. Amanda and most others who tried it used different flavours of LaCroix.

The next ingredient is what stumps people — balsamic vinegar.

You’ll also want to grab some ice cubes, but since they’re a coolant, we’re not really going to count them as an ingredient.

Fill a cup with some ice and put a splash of the balsamic vinegar in it, then top the whole thing off with bubblin’ LaCroix. Any flavour will do, and you can also use other sparkling waters.

And you’re done! Just stir it all up and serve with a straw.

Way too many TikTokers who’ve followed Amanda’s healthy Coke recipe are pleasantly surprised by it. Even the ones who don’t think it tastes like the real deal still love the drink.

It got a 10/10 from TikToker @healthylittlepeach. She says it’s delicious.

Not only does the beverage look like Coke, it smells like it, too, according to @alfhughes, who gave it a go with lime and lemon sparkling water.

“What the hell,” he says after the first sip. “I thought everyone was taking the p*ss, I’m not even joking… It’s very weird — that tastes like Coke!”