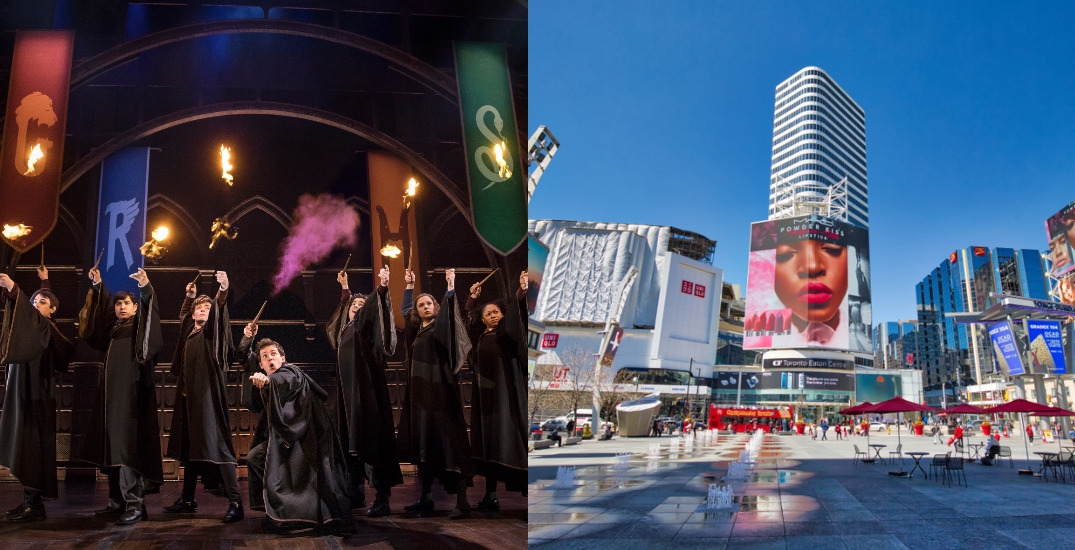 Calling all Potterheads! With preparations in full swing for the upcoming Harry Potter and the Cursed Child, Mirvish Productions is celebrating the show’s Canadian premiere in style.

The company is hosting a free event at Yonge-Dundas Square where fans can meet the show’s cast members and a chance to board the double-decker #HopOnTheCursedChild bus.

Are you a Hufflepuff or a Ravenclaw? You can take selfies in front of the four official Hogwarts House banners.

There are also loads of freebies such as Hogwarts House buttons and handmade sweets by The Grand Order of Divine Sweets. Don’t forget your cloak and wand because the first 100 people dressed as their favourite Harry Potter characters will receive a sorting hat cupcake.

Then post a photo of yourself at the event using the hashtag #CursedChildDayTO for a chance to win the grand prize: two tickets to the June 19 opening performance. The second prize is one of four Harry Potter and the Cursed Child prize packs.

Based on an original new story by JK Rowling, Jack Thorne and John Tiffany, Harry Potter and the Cursed Child is an award-winning play that takes place 19 years after Harry, Ron, and Hermione saved the wizarding world, but “this time, joined by a brave new generation that has only just arrived at the legendary Hogwarts School of Witchcraft and Wizardry.” Performances begin on May 31 at CAA Ed Mirvish Theatre.

A Harry Potter and the Cursed Child Celebration