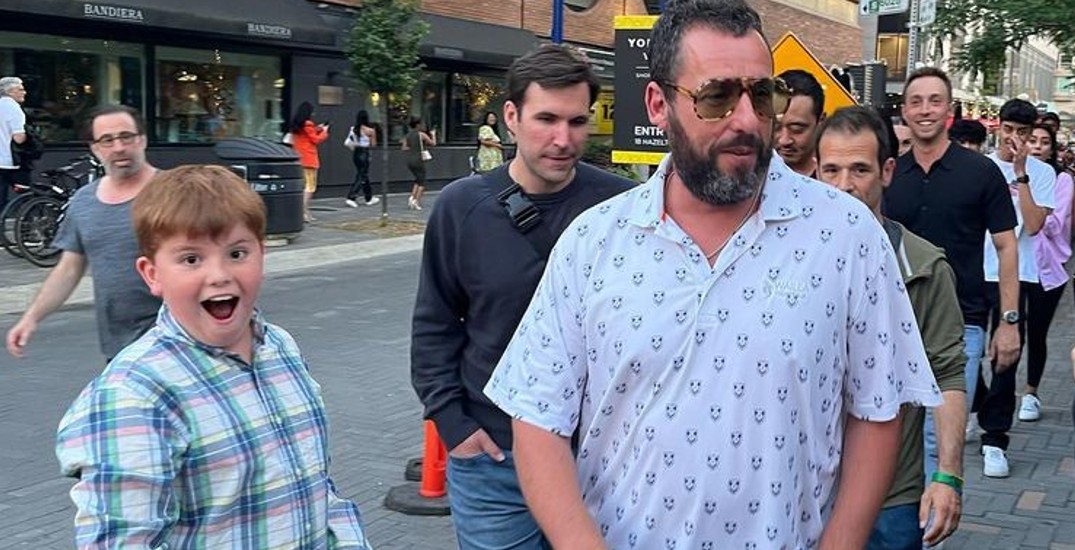 Eleven-year-old Harrison has become a bit of a Toronto celebrity after his mother posted a photo that captured the pure joy and surprise on his face when he found himself standing next to Adam Sandler.

Sandler has been spotted by fans all over downtown Toronto where he’s filming his Netflix movie You Are So Not Invited To My Bat Mitzvah!

The adorable moment happened when they decided to go for a walk after celebrating Harrison’s dad’s birthday at STK Toronto in Yorkville. 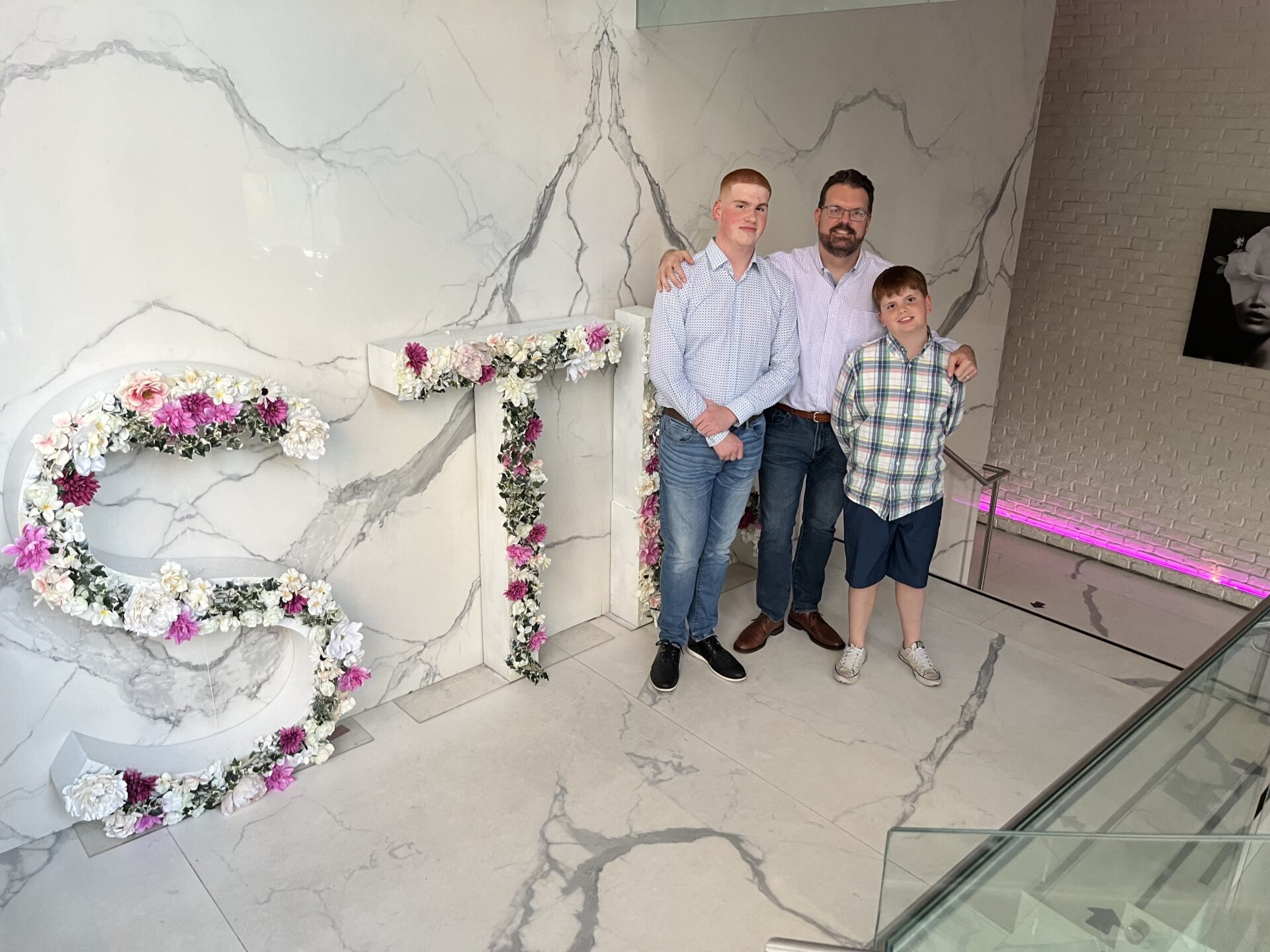 Harrison’s mom Shannon Shorten told Daily Hive that they came across paparazzi who told them, “You just missed Drake.”

But as the family waited to see the Champagne Papi, Harrison’s brother Jack said, “Oh my God, that’s Adam Sandler.” 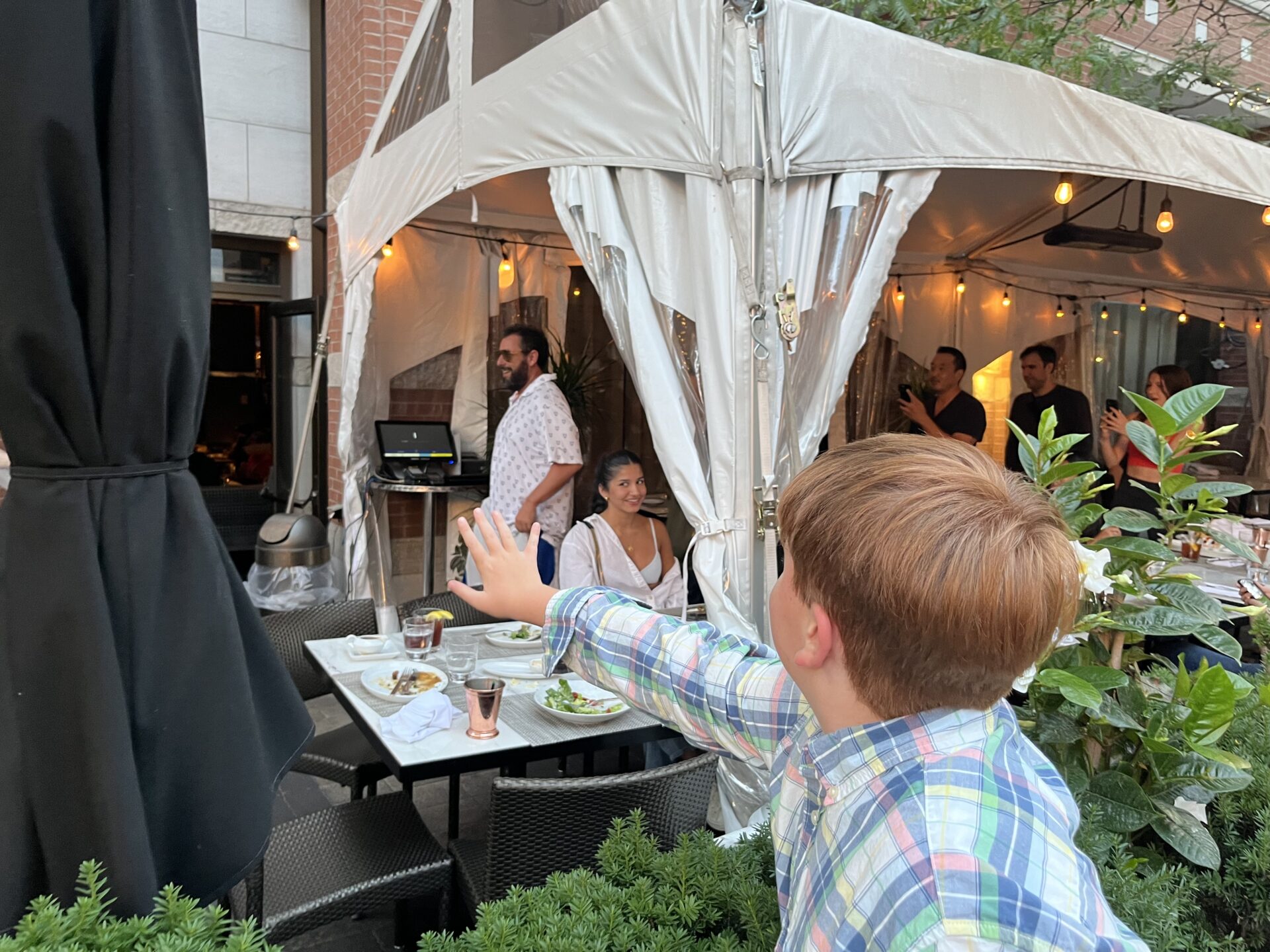 “Harrison and I just took off,” recalled Shorten.

She said that after Sandler walked into a restaurant and walked out, Harrison went right up to him. 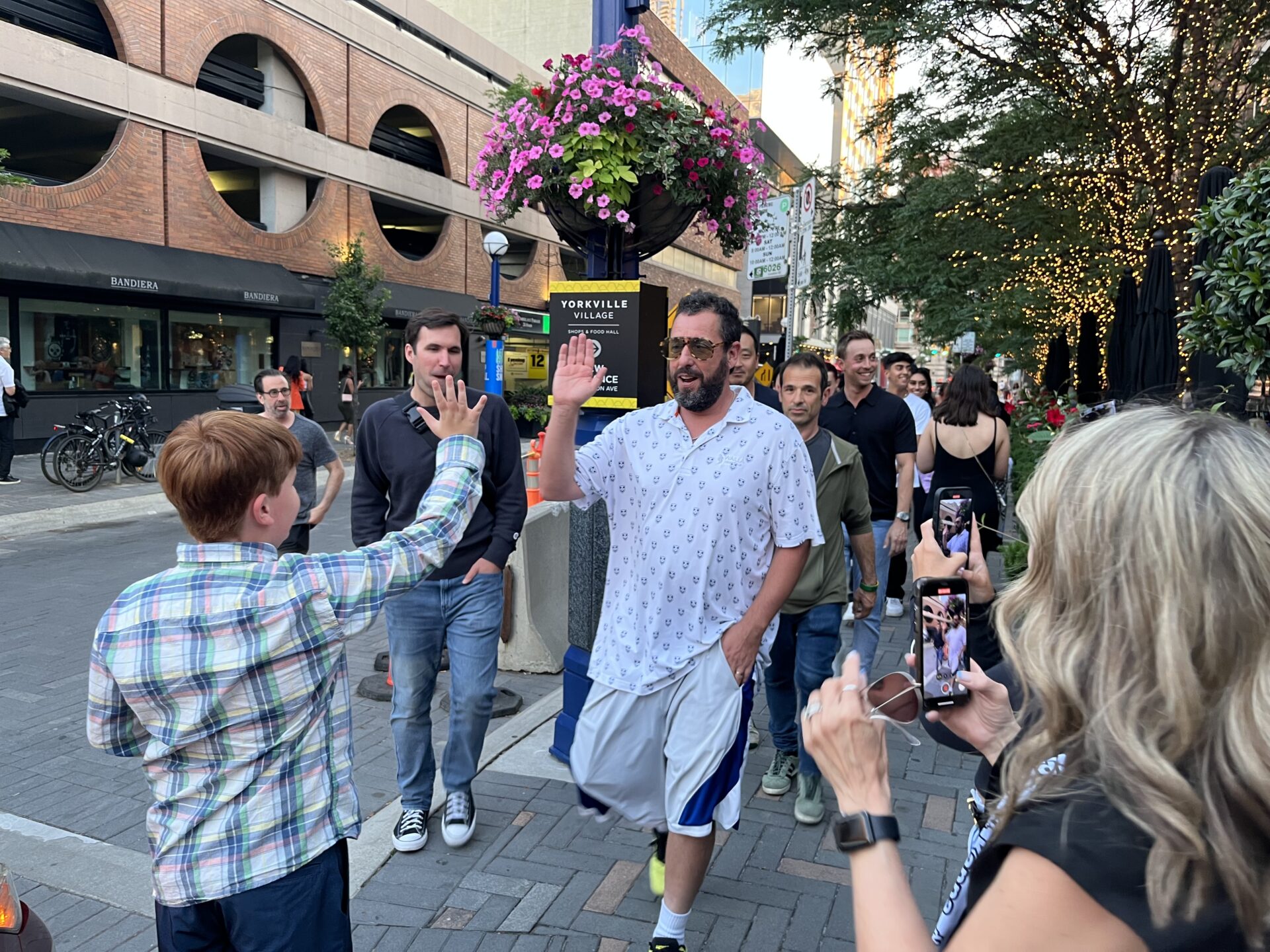 “They both just went for a high-five,” said Shorten. “And then Harrison’s face — you were just in shock I think.” 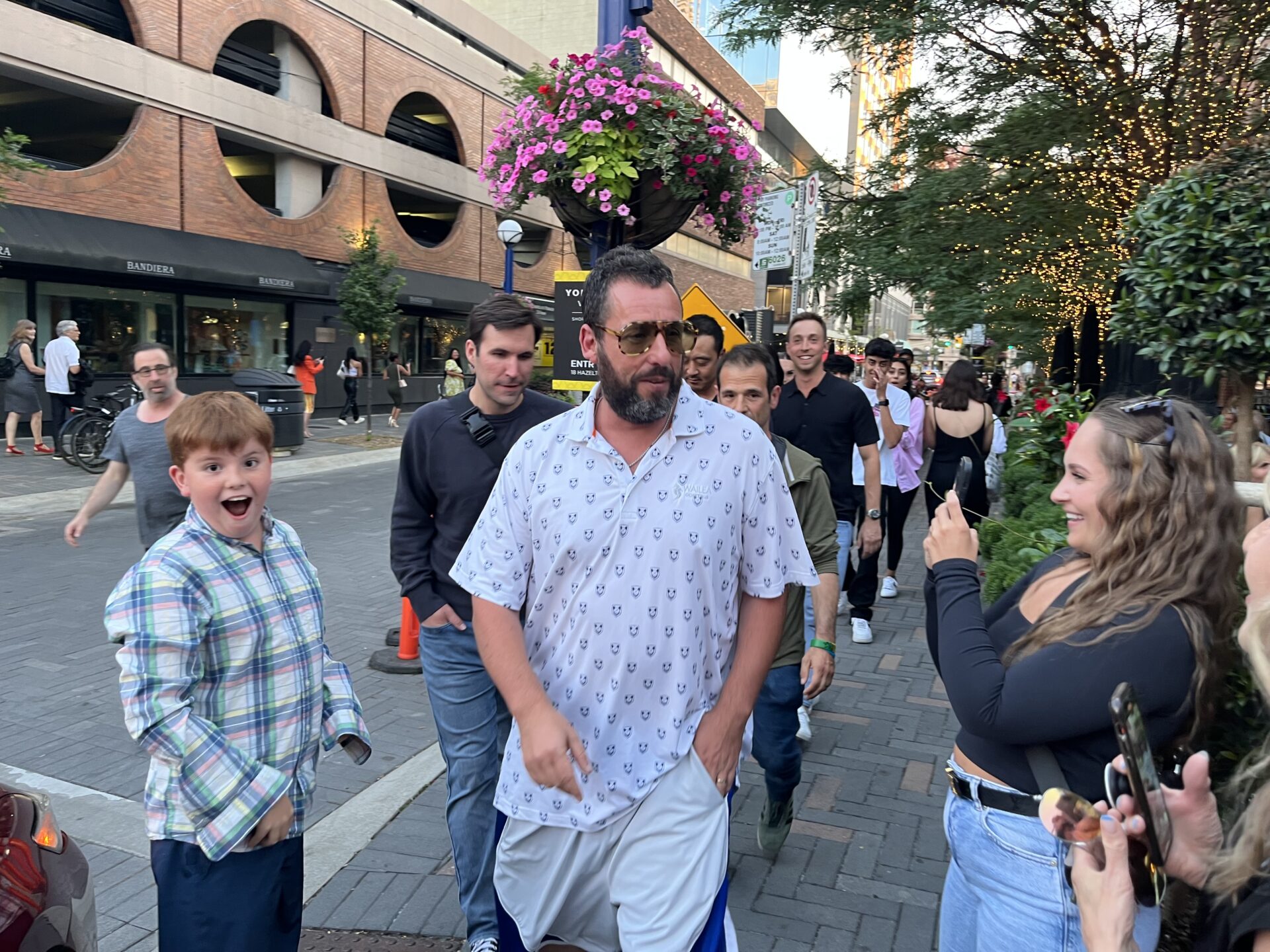 That’s when Shorten captured the precious photo of a delighted Harrison.

“He did make a really good Macaulay Culkin face,” said Shorten. “So it’s a meme that could live on forever. The face sold it.”

When asked about his favourite Sandler movie, Harrison said, “I really like Happy Gilmore and Billy Madison.”

But the evening of celeb-spotting wasn’t over yet. Shorten recounted the moment when she saw Drake’s driver getting a parking ticket.

“[The Parking Enforcement Officer] was like, ‘You can’t wait here.’ And he said, ‘Yeah, yeah, I know, he’s coming out soon,'” she recalled. “And [the officer] said, ‘We’re going to have to give you a ticket.’ And he said, ‘You know what? Just give us a ticket.’

“So we knew he wasn’t coming out right there,” she added.

But they soon spotted Drake approaching, surrounded by an entourage.

“He kind of just looked at Harrison, gave him eye contact and a head nod,” said Shorten. 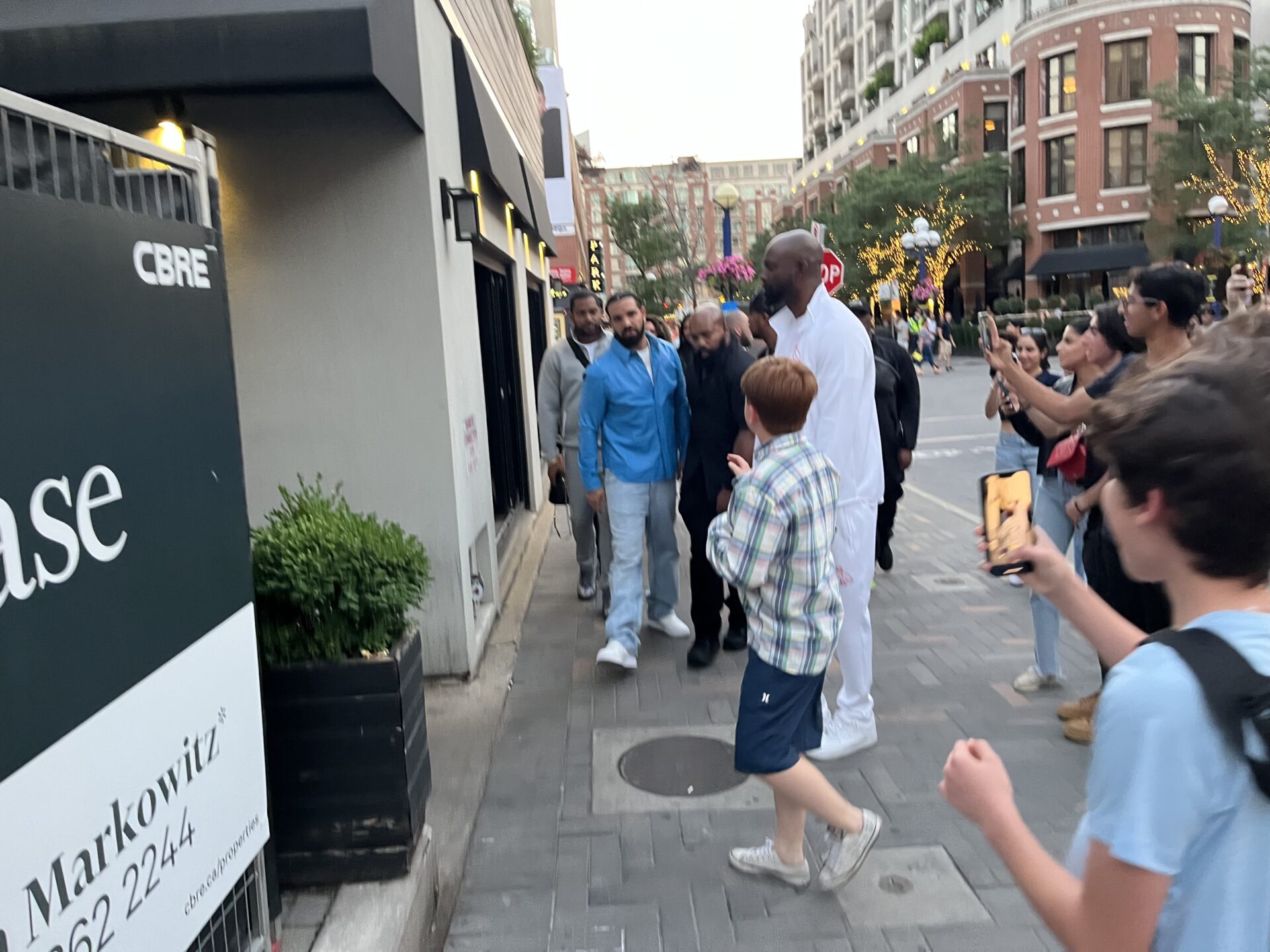 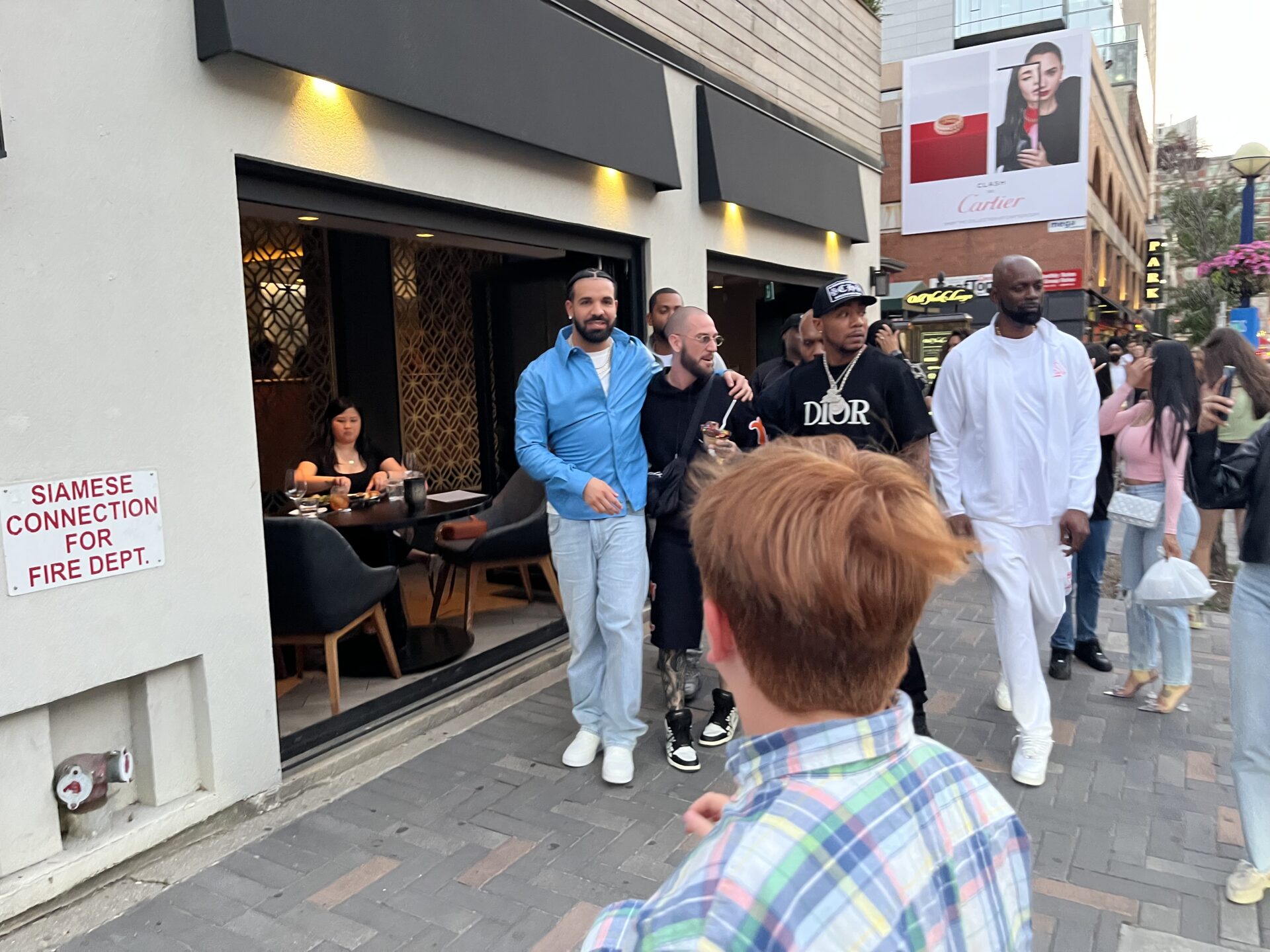 Unfortunately, they missed out on the chance to spot The Weeknd who had been in the area after his concert had been postponed that evening due to the widespread internet outages.

Harrison, who’ll be in grade seven next year and loves collecting vinyls, is adjusting to his newfound fame — he’s already done radio interviews, appeared at a studio, and they’ve even had a camera crew over at their house.

“This is insane,” said an amused Shorten. “And literally because he high-fived Adam Sandler.”

She added that Harrison wants to thank Sandler for being so nice and making it an awesome experience.

“And if Adam would like to cast him as an extra or as a hype kid, Harrison’s more than happy to volunteer,” she said.