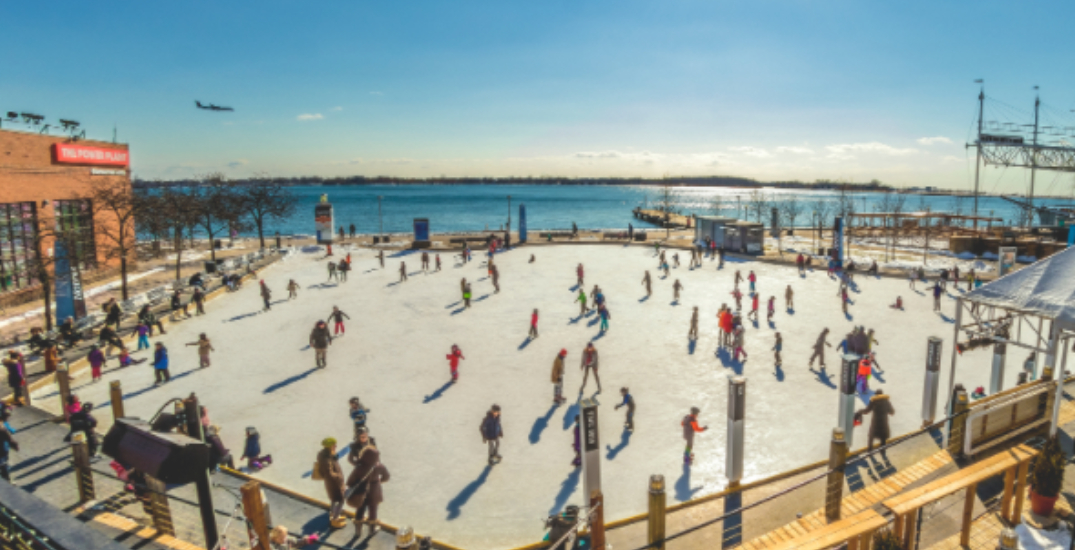 Toronto is about to get a new skating rink in an old location.

Still plagued by the same infrastructure issues that kept it out of service last season, the Harbourfront Centre’s permanent rink will not be used this winter.

However, the Centre has worked with Synerglace to set up a new, temporary rink beneath the concert stage, a spokesperson told Daily Hive.

The new setup features an ice loop that winds through the “south orchard” and connects back to the main rink—a configuration they’re “quite excited” about, the spokesperson said.

The revamped rink will begin welcoming skaters on November 19 and will operate, weather permitting, until March 6, 2022.

In addition to repairing the old rink, the spokesperson said the Harbourfront campus is undergoing a number of other revitalization projects that will keep it safe and open for years to come.

In addition to regular skating, the Harbourfront Centre will run three Learn to Skate sessions at the rink during the 2021-22 season.

The three-and-a-half-week programs start on November 22, January 3, and January 31.

The Harbourfront Centre “strictly adheres” to public health guidelines, the spokesperson said, and will ensure “a safe return” for guests and staff alike.