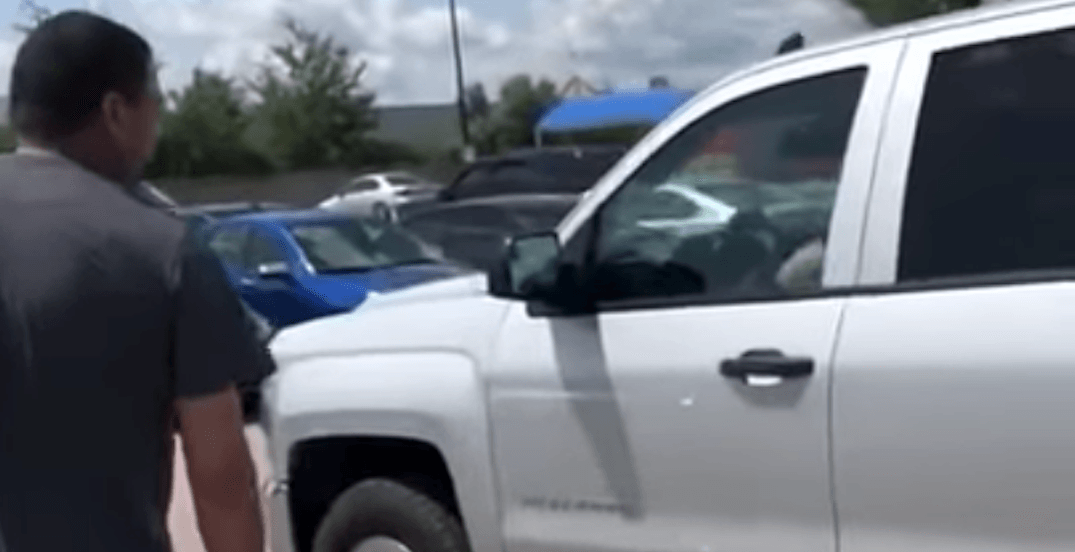 A man caught on video claiming to be racist is now being investigated by the Hamilton Police Hate Crime Unit.

On Friday, July 27, just before 1 pm, Hamilton Police say they responded to reports of a disturbance in between people in a Walmart parking lot in Stoney Creek, at 510 Centennial Parkway North.

The incident was captured on video and has been viewed over 230,000 times. In it, a man in a vehicle is heard making several racist comments.

“You want me to go to my own country? I’m a Canadian citizen,” said a man, standing outside the vehicle.

The man in the truck responds, “show me. Prove it. I don’t believe you. You don’t talk like a Canadian.”

He is then heard saying “I’m racist as f*ck. I don’t like you, I don’t like her. I would kill your children first.”

At one point during the video, the person filming gets hit by the vehicle, and the driver then shouts, “Get out of the way.”

Police say 47-year-old Dale Robertson has since been charged with threatening death, dangerous driving, and failing to remain at the scene of an accident.

The victim in the incident received minor injuries and has been medically cleared, according to police. And as a result of the circumstances surrounding the incident, the investigation is being forwarded to the Hate Crime Unit for review.

If you have any information that you believe could assist Police with the investigation into this crime you are asked to contact Division 20 Criminal Investigations Branch by calling 905-546-2907.

Please note: The video contains offensive language which may be disturbing