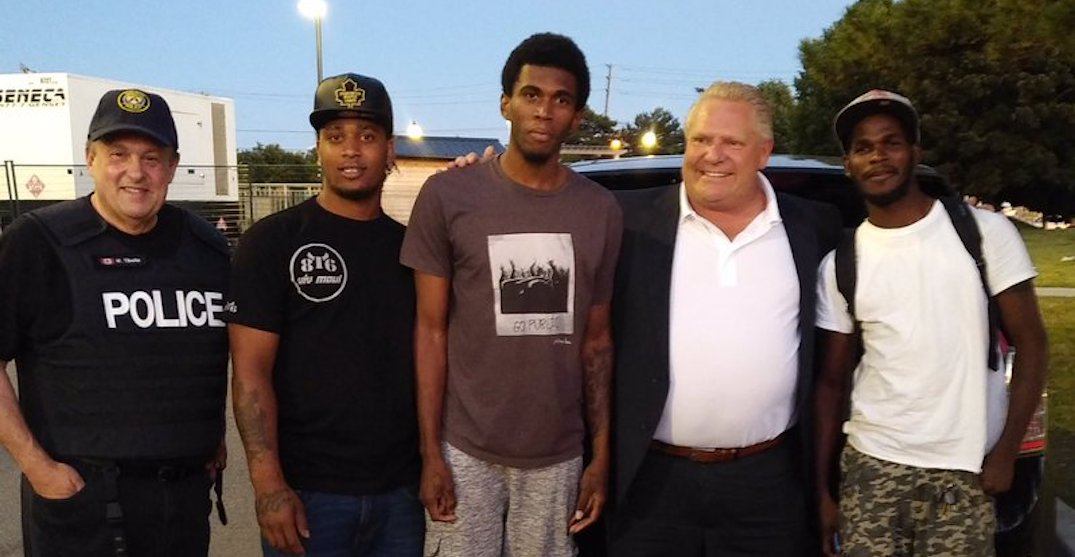 The Minister of Community Safety and Correction Services is getting backlash for wearing a bulletproof vest in the Jane and Finch neighbourhood.

PC Michael Tibollo, who is also MPP for Vaughan-Woodbridge, was responding to NDP MPP Kevin Yarde on Wednesday when he was called out for being racist.

“Personally, I went out to Jane and Finch, put on a bulletproof vest and spent 7 o’clock to 1 o’clock in the morning visiting sites that had previously had bullet-ridden people killed in the middle of the night,” said Tibollo during question period.

Yarde was asking the PC government about ending the “discriminatory police practice of carding.”

“I asked if the government’s approach will be to take us from the carding still happening today to a system where carding is expanded and legitimized,” Yarde said. “Unfortunately, the minister responded with a sad and divisive statement—a statement which stigmatizes the vibrant community in the Jane and Finch area, a community that had nothing to do with my question about carding.”

“That neighbourhood is a place where people live and work, where parents take their kids to school and to soccer practice, where families go out to catch a movie. Sadly, the minister was not interested in seeing the community this way,” he said.

This morning, the NDP MPP for Brampton North @KevinYardeNDP asked the minister appointed to oversee Ontario’s Anti-Racism Directorate about ending discriminatory carding.
His answer is appalling. Share if you agree. #onpoli pic.twitter.com/vlDMBNtMdQ

“Conservative minister Michael Tibollo’s comment this morning about wearing a bulletproof vest at Jane and Finch is inexcusably racist,” tweeted Horwath. “Anyone who would say something so divisive has no credibility to continue to oversee Ontario’s Anti-Racism Directorate.”

Tibollo responded to the allegations of racism, saying the comments he made during question period were spun.

“Any attempt to spin my comments this morning is petty partisan politics,” he said. “I am proud to support our police, and I will continue to work with communities and front-line officers to make sure our neighbourhoods are safe.”

Any attempt to spin my comments this morning, is petty partisan politics. I am proud to support our police, and I will continue to work with communities and front line officers to make sure our neighbourhoods are safe. https://t.co/baJye2tlbG