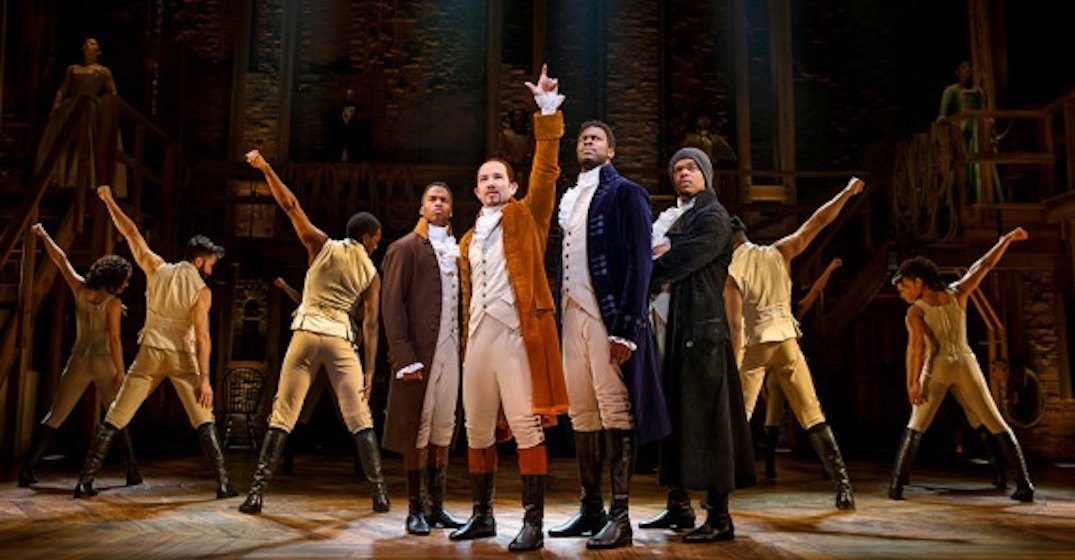 Lin-Manuel Miranda’s Tony-winning musical will take to the stage at the Princess of Wales Theatre in February 2023. Casting and ticket details will be announced soon.

Hamilton first premiered in Toronto in February of 2020, but what was supposed to have been a three-month run was cut short due to the COVID-19 pandemic.

The show tells the story of Alexander Hamilton, one of the Founding Fathers of the US. An immigrant from the West Indies, Hamilton became America’s first Treasury Secretary.

Hamilton is “the story of America then, as told by America now.”

The show’s return was revealed by Mirvish on Monday, along with the announcement that the company’s four theatres will reopen to audiences after an 18 month closure.

Mirvish also revealed that only those who are fully vaccinated against COVID-19 will be allowed into its venues – that includes, on stage, backstage, and in the audience.

Exceptions will be made for children under the age of 12 and those who cannot be vaccinated for medical or faith-based reasons. They must provide a negative test.

Mirvish’s return season also includes the restart of Come From Away, the North American premiere of Room, and the Canadian premiere of Harry Potter and the Cursed Child.

“I knew the first season back needed to be spectacular, and I believe we have succeeded,” David Mirvish said.

“Please join us as we turn off the ghost light, turn on the stage lights and once again gather together in the holy space that is the theatre to share stories and celebrate our common humanity.”