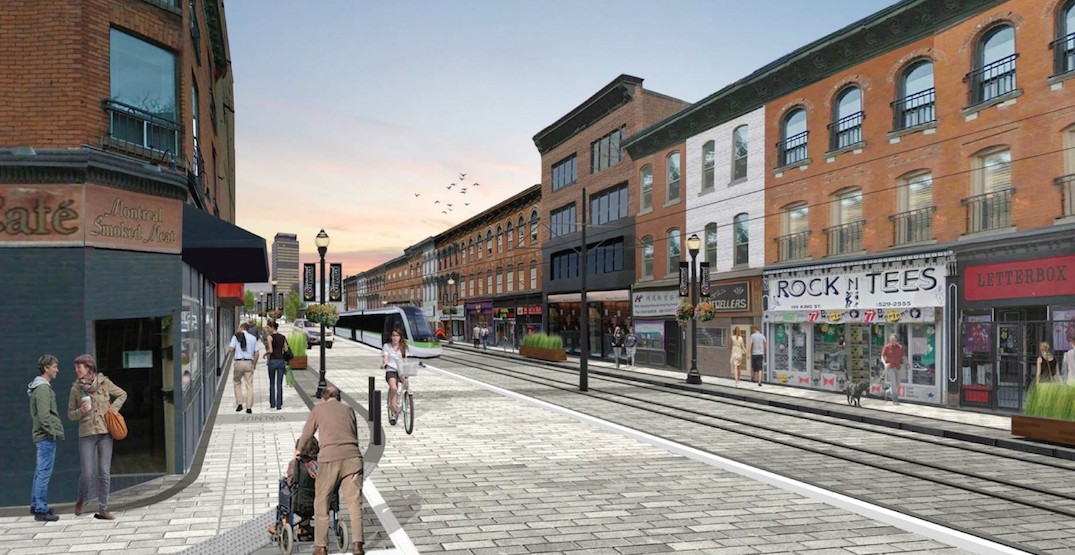 Hamilton’s proposed light rail transit (LRT) project is one step closer to becoming a reality thanks to a recent Hamilton City Council decision.

Earlier this week, Council voted to reinitiate the project after it was previously cancelled by the Province in 2019 due to rising costs. The LRT, as proposed, would bring 14 km of rapid transit to Ontario’s fifth-largest city.

Funding was originally set aside for the project back in 2015 by the Government of Ontario, but after projected costs rose too high, the LRT was cancelled. Then in February of this year, the Province recommitted to the project, with the federal government agreeing to contribute $1.7 billion. 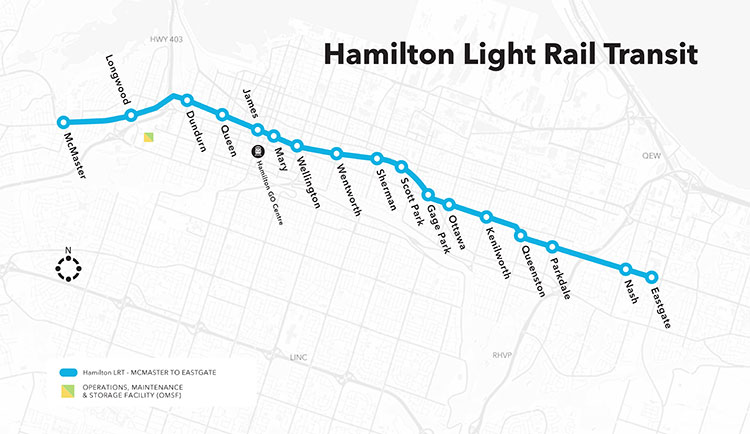 The new Hamilton City Council decision allows the Mayor to sign an agreement with Metrolinx to get the project going.

Once complete, the new LRT line will connect McMaster University in the west to Eastgate in the East, with 17 stops planned on the route.

“The B-Line LRT will be the spine of Hamilton’s future transit system, improving local transit options and modalities, and reducing congestion,” said Keanin Loomis, president and CEO of the Hamilton Chamber of Commerce. “Moreover, the transformative potential of this major infrastructure investment will provide 7,000 jobs for Hamilton and neighbouring municipalities, that will, in turn, boost our post-pandemic economic recovery.”

Construction is expected to begin in early 2022, but necessary demolitions of vacant properties will start as soon as this fall.