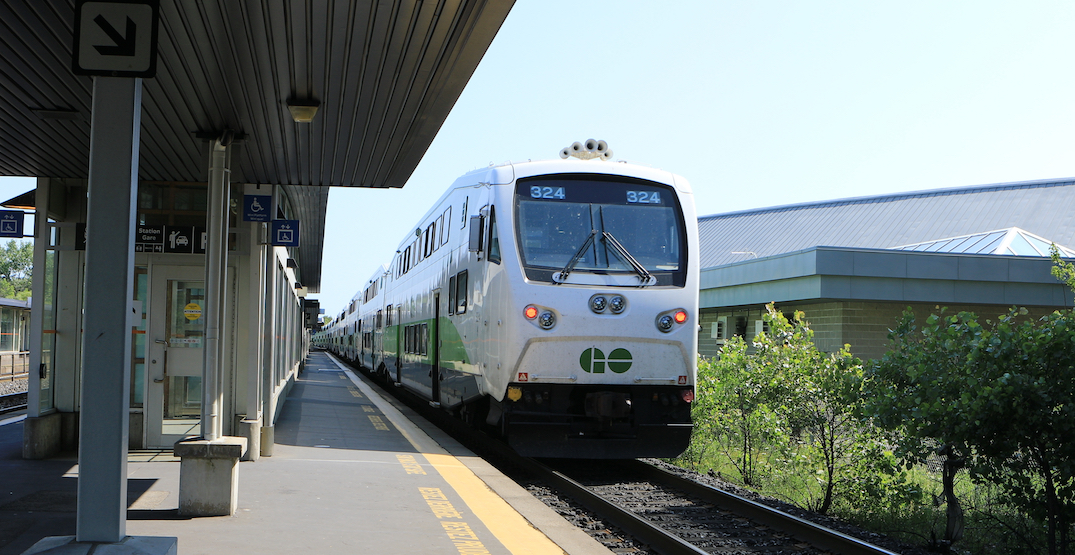 Anyone travelling from Toronto to London, Ontario will soon be able to take a GO Train the entire way there.

Metrolinx announced on Wednesday that starting October 18, the Kitchener Line will run all the way to London. The train will also make stops along the way in two cities previously unserved by the GO Train: Stratford and St. Marys.

“We’re so pleased to expand GO train service to Southwestern Ontario for the first time, connecting to three new municipalities and extending our network an additional 120 kilometres across one of the province’s fastest growing regions,” said Metrolinx CEO Phil Verster. “By extending service to London, we’re building a transit network that will help better move people and better connect communities for decades to come.”

The expansion is a pilot project, so it’s running with limited service. It will only run on weekdays with one train leaving from London in the morning and one returning in the evening. The estimated trip time between Toronto and London set at four hours, and between Kitchener and London will take approximately two hours.

The province worked with CN — who own much of Ontario’s rail corridors — and VIA Rail to coordinate the new GO service.

“I want to thank the provincial government for making headway in our vision for more connections to transportation in Southwestern Ontario,” said London Mayor Ed Holder. “Londoners need and deserve access to increased transportation options, and by extending GO rail service into southwestern Ontario, we are keeping our promise to enhance economic productivity and business opportunities, while also supporting healthier, more connected communities.”