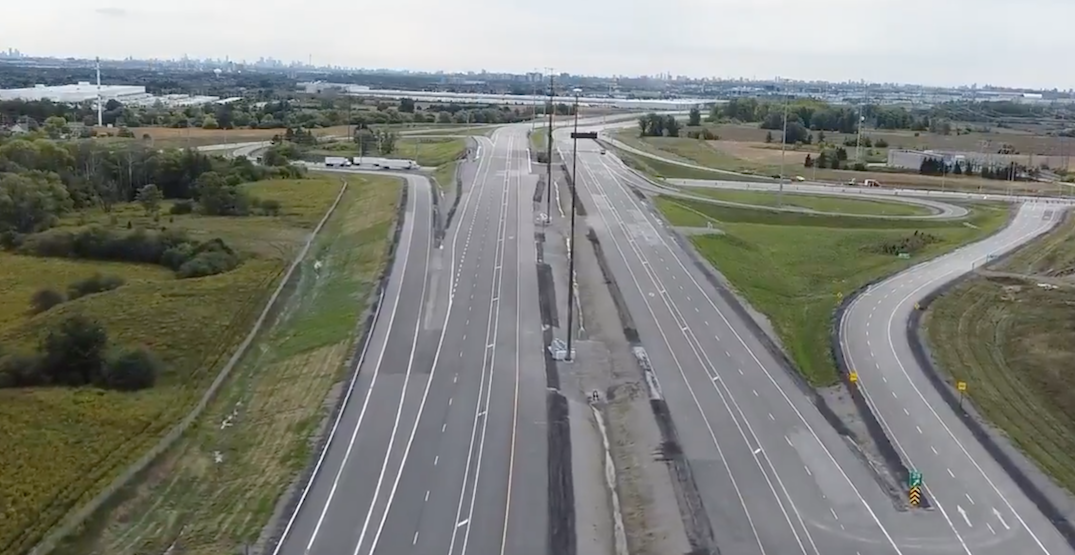 After three years of construction, the expansion along 10 km of Highway 427 is finally set to open this weekend.

As of September 18, the widened section, running from Finch Avenue to Major Mackenzie Drive, will allow drivers to cut up to 25 minutes off of a roundtrip commute during peak times, according to the Government of Ontario.

“I am pleased to announce the new and widened sections of Highway 427 will be open to the public on September 18,” said Minister of Transportation Caroline Mulroney. “As part of our vision for the Greater Golden Horseshoe, our government is investing in highway infrastructure to address congestion and keep up with the growing needs of Ontarians.”

The Highway 427 extension and the widening of existing lanes will reduce congestion and make it easier to commute to and from the GTA.

From Finch Avenue to Highway 7, the highway has been widened to eight lanes with a new full interchange at Highway 7.

There will also be an HOV lane in either direction, with the northbound one between Highway 409 and Rutherford Road, and the southbound one will start north of Rutherford Road and connect to an existing HOV lane south of Finch Avenue.