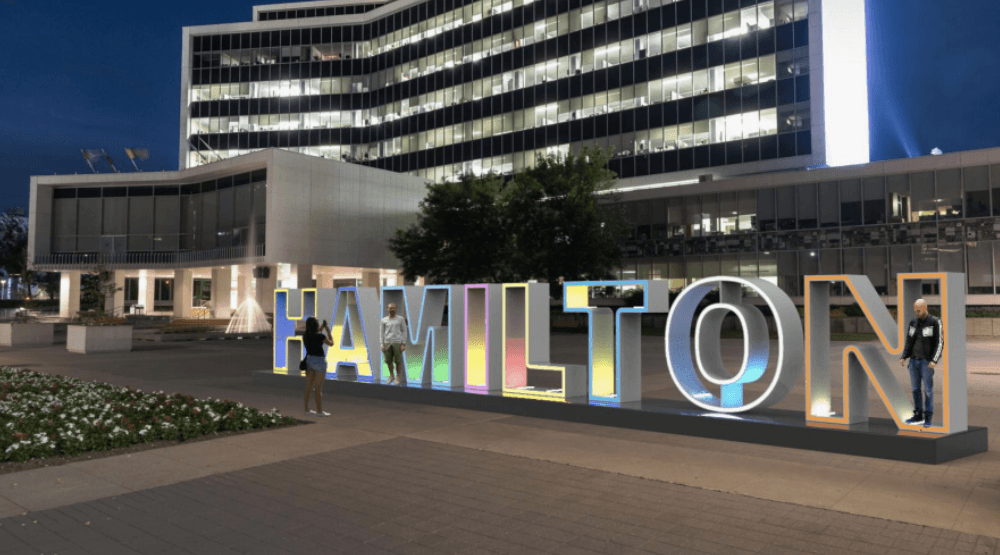 City councillors have proposed the installation of a giant colourful light up ‘HAMILTON’ sign on the forecourt of City Hall.

“Cities and regions around the world have preceded the City of Toronto in erecting large signs as focal points of the geographic city. Amsterdam’s signs are among the best known. Others are found in Nice, LAX, Hollywood and Brisbane to name a few other well-known examples,” states Hamilton city staff report.

“A similar sign saying ‘HAMILTON’ would be a significant gift to receive by the City of Hamilton in this Canada’s 150th year.”

Based on the artist’s renderings, the sign is going to look a lot like what Toronto’s light up letters in Nathan Phillips Square.

Just take a look and see what you think: 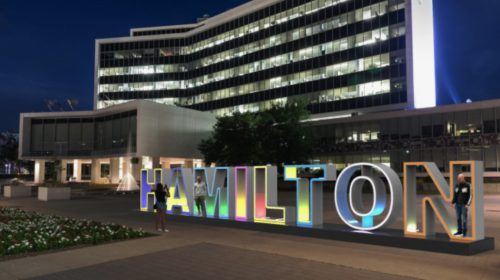 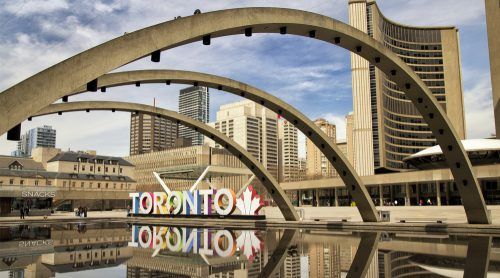 According to a city report, the ‘HAMILTON’ sign will be 20 metres long and 3 metres high. The installation would be funded by private individuals and companies at no cost to the city.

The only difference between the two city’s signs will be that Hamilton’s letters will be hollow and Toronto’s are a solid 3D design.

It’s not only Hamilton that has taken a liking to the ‘Toronto’ sign. Recently, Ottawa installed a similar sign, and there seems to be some traction for the giant letters in Vancouver, as well.

If approved, the Hamilton sign should go sometime later in 2017.