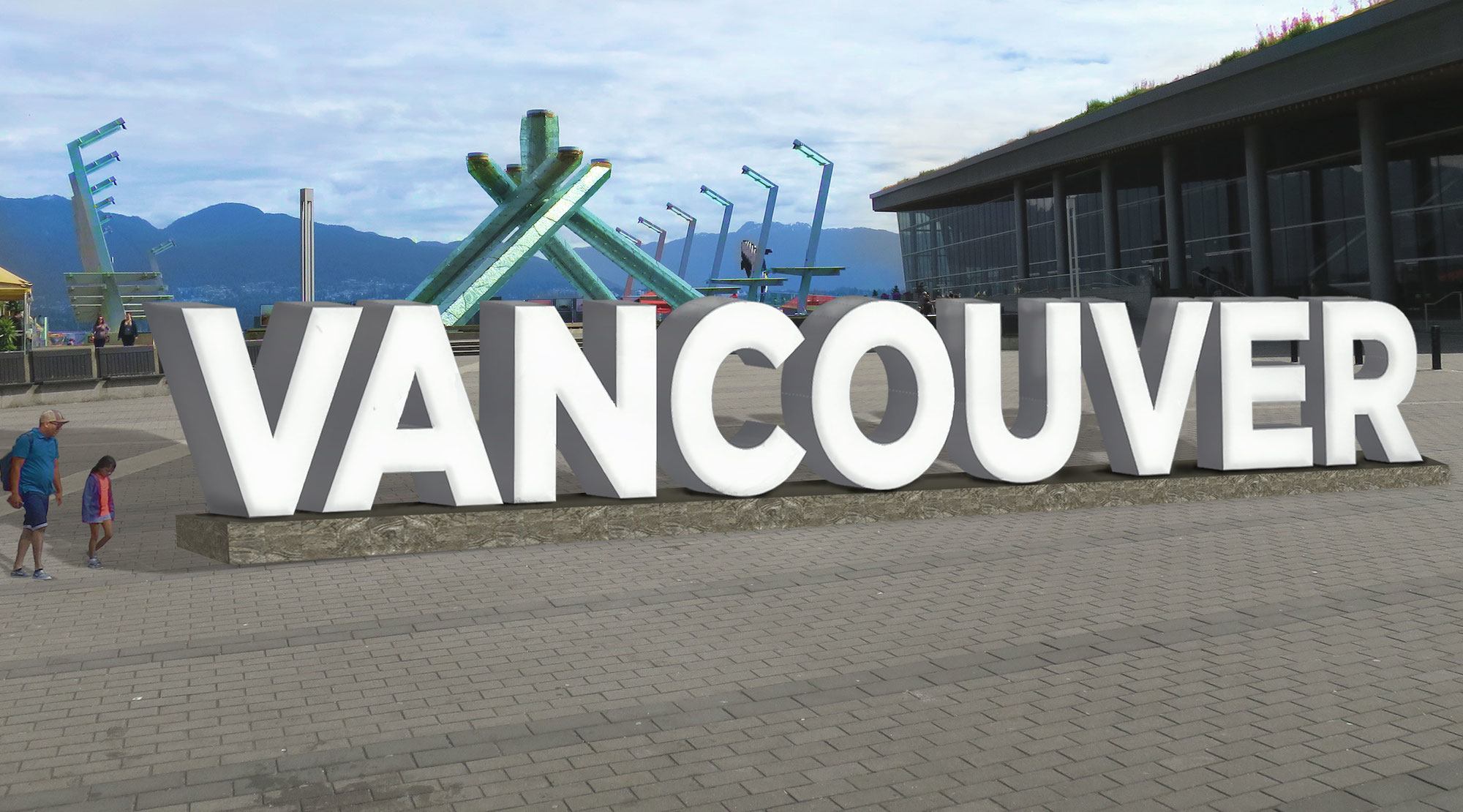 Two weeks after Canada Day, the three-dimensional ‘Canada 150’ sign outside the main entrance of Canada Place in downtown Vancouver remains a highly popular attraction for both locals and tourists alike.

In fact, based on Instagram impressions, the sign has quickly become one of the most photographed objects in Vancouver, even though it is one of 19 identical signs installed at major sites and urban centres across the country.

But its success begs the question: Is it time for Vancouver to get a sign of its own?

After all, a new sign with giant letters that spell out ‘VANCOUVER’ at an iconic and highly central location such as Jack Poole Plaza, with an Olympic Cauldron and mountain backdrop, or the Vancouver Art Gallery’s new Georgia Street plaza would surely become an instant hit.

Such a symbol can mean more than just words – it could evoke a sense of familiarity, connection, and belonging, making us feel good about where we live.

Yes, this would be similar to Toronto’s wildly popular sign in Nathan Phillips Square at Toronto City Hall, which has become a fixture in the city even though it was originally meant to be a temporary installation for the 2015 Pan American Games.

In a City Council meeting last year, City of Toronto general manager of economic development Mike Williams described it as: “By far, my whole life in marketing, this is the most successful marketing media branding project that I’ve ever been involved with.”

And it’s hard not to agree with him.

The ‘TORONTO’ sign is located at Nathan Phillips Square outside the entrance of Toronto City Hall in downtown Toronto. (Shutterstock)

In fact, the allure of Toronto’s installation even has the City of Hamilton considering its own ‘HAMILTON’ sign in front of its City Hall at a cost of $250,000. 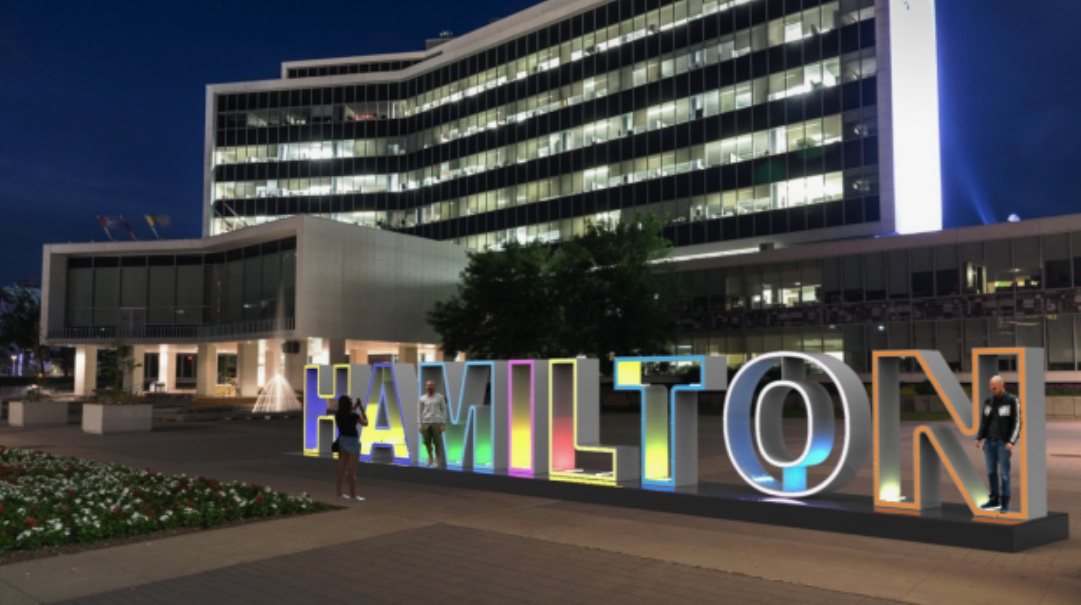 And just in time for this year’s Canada Day, municipal officials at the nation’s capital erected a $65,000 ‘OTTAWA’ sign at ByWard Market, a popular restaurant district just footsteps from Parliament Hill.

The sign could be relocated to another area after the year-long Ottawa 2017 and Canada 150 festivities end.

Have you taken the mandatory selfie at the giant OTTAWA letters yet? Awesome during the day but even more cool at night. Share your pics with us with #MyOttawa 📷 @streetdreamsottawa #Ottawa #DiscoverON #ExploreCanada #night

“But Toronto already did it!”

Of course people might complain that a Vancouver sign is simply copying our friends on the East Coast, but such an installation isn’t unique to Toronto nor is it exclusively their creative creation.

Indeed, there are examples of these giant city signs scattered across a number of major European cities, like Budapest, Lyon, and Amsterdam, which has had the most success with its sign by merging it with a major local government branding exercise. 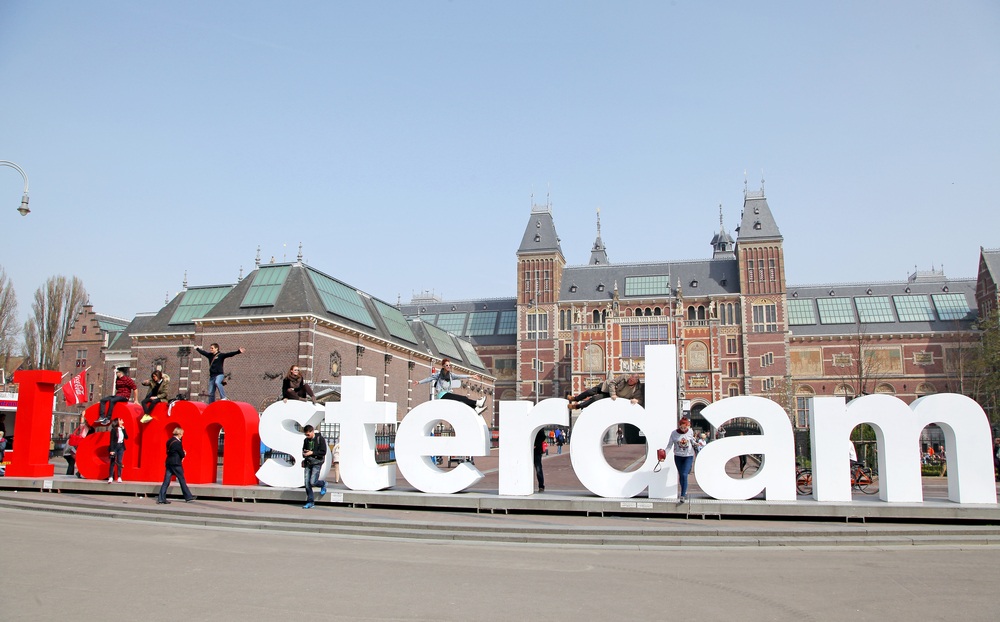 The “I amsterdam’ sign outside the Rijksmuseum in Amsterdam. (Shutterstock) 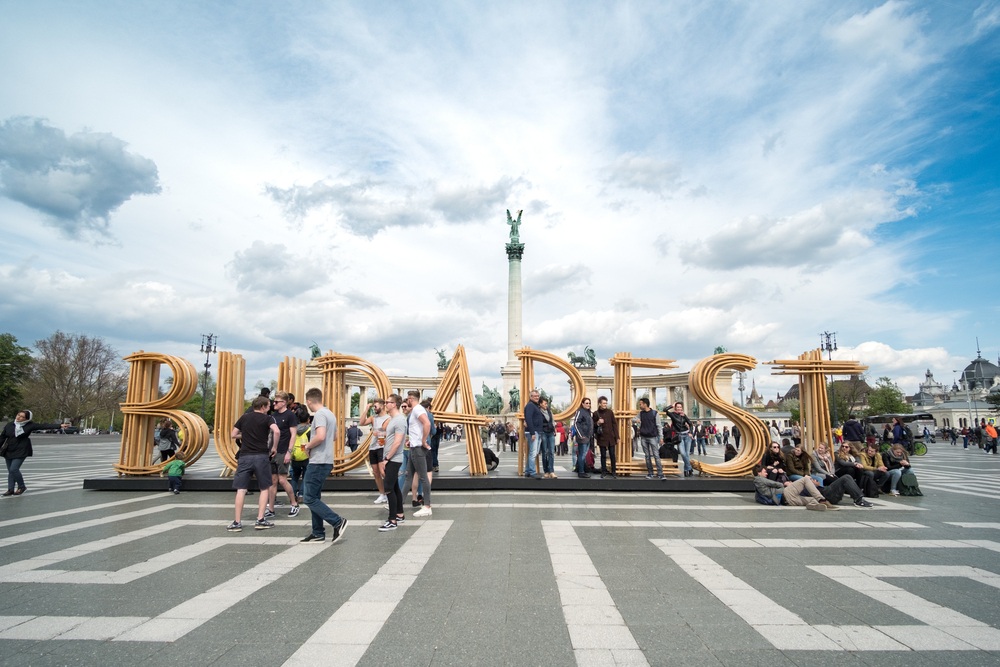 People at Heroes’ Square, one of the major squares in the city, with wooden letters ‘BUDAPEST’ in Budapest, Hungary. (Shutterstock) 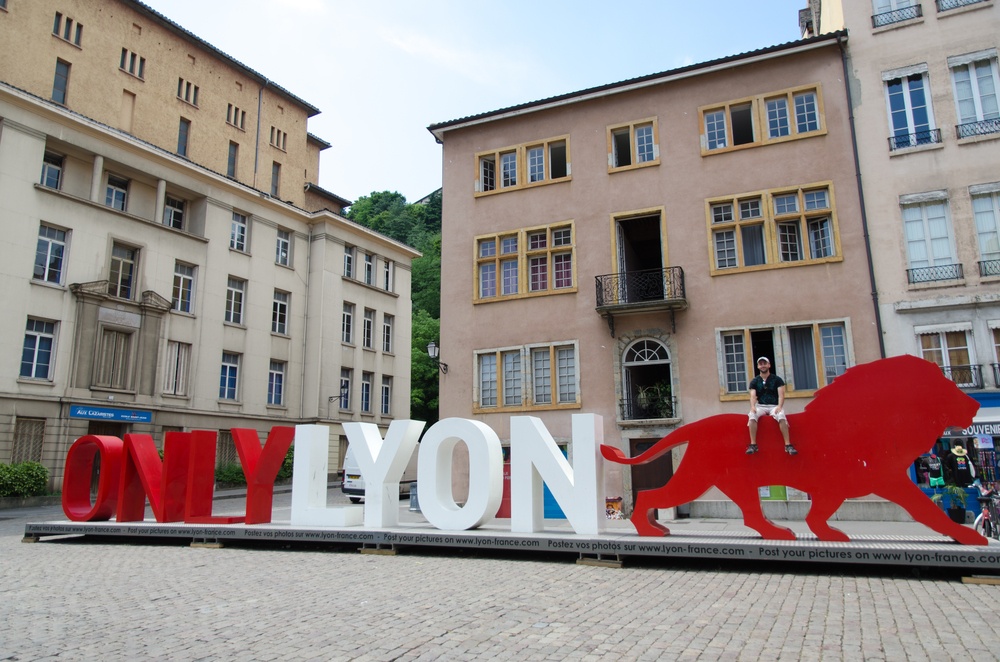 One of several “Only Lyon” signs in Lyon, France. (Shutterstock)

In fact, far from copying Toronto, Vancouver has already had its own sign in advance of the 2010 Winter Olympics.

Back in 2006, the provincial and federal governments spent $6 million on a BC-Canada Pavilion in Turin, Italy to promote Vancouver 2010 as well as foster economic and intercultural exchanges between Italy and Canada.

The log-house themed pavilion at the piazza was accompanied by a large text sign that spelt out “VANCOUVER 2010”. 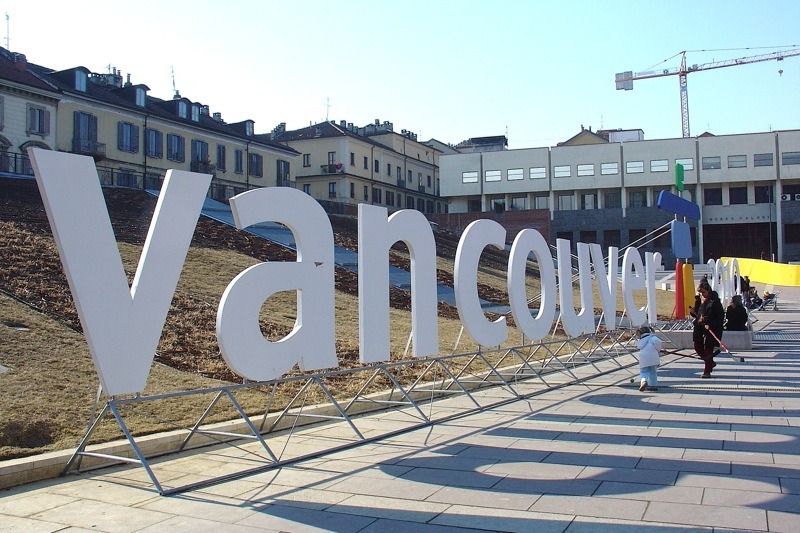 The “Vancouver 2010” logo sign at the BC-Canada Pavilion in Turin, Italy during the 2006 Winter Olympics. (Andy Miah / Flickr)

Back then games organizers at VANOC had ambitious plans to set-up similar signage in Vancouver as part their Olympic decorations.

But sadly a $28-million budget for the ‘Look of the Games’ was almost entirely slashed to cut costs in the aftermath of the 2008 recession.

In a world where the economic crash of 2008 didn’t happen, post-Olympics Vancouver might have looked very different than it does today. And if the original plans had come to fruition there would have been oversized banners, building wraps, large Olympic ring installations in downtown Vancouver, giant Olympic rings atop Grouse Mountain that would have been Vancouver’s answer to Los Angeles’ Hollywood sign, and a large ‘VANCOUVER’ sign at a public space.

The time is now

It would have been great for Vancouver to have got its own sign for the Olympics, but seven years on there is just as much desire to celebrate our city as there was in 2010.

As exemplified by the impact of the signs in Toronto and Amsterdam, a ‘VANCOUVER’ sign could provide the city with another location for travellers to take a must-have destination photo.

With the City of Vancouver engaged in another logo redesign following a decision earlier this year to abandon its much-maligned $8,000 Gotham font logo, there is an opportunity to explore how a new innovative logo design with ‘Vancouver’ text could also manifest physically through a sign.

And if cost is any concern, the installation of public art pieces in Vancouver are often funded by private contributions and community efforts, not exclusively by the municipal government.

More importantly, such an installation would also have an exponentially larger utility than most of the public art pieces you’ll find around the city.

After all, does anyone else remember the $100,000 taxpayers spent on a seven-foot-tall poodle at the corner of Main Street and 17th Avenue?

So what do you think?

Is it time that we should show off our civic pride and give Vancouver the sign it deserves?