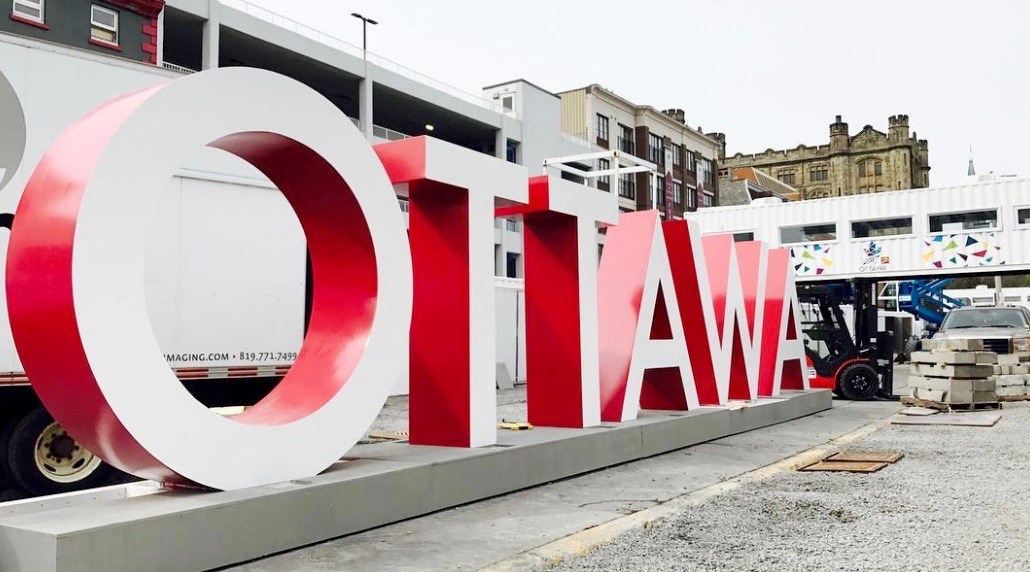 Just in time for Canada 150 celebrations, Ottawa now has its very own ‘Toronto Sign’.

The sign arrived in the city earlier today and will be set up in Ottawa’s ByWard Market as the focal point of Inspiration Village, a summer-long hub for all things Ottawa and Canada 150 this summer.

The success of the Toronto sign, originally created for the Pan Am Games, has gone on to see it become a must-take selfie spot in the city for tourists and locals alike, as well as serving as a symbol of Toronto around the world.

In fact, it’s own update earlier this year caused a new wave of people to head down for some Insta-worthy shots.

Here’s to hoping the Ottawa sign has the same effect on everyone hitting the nation’s capital this summer!

Check out some photos of the sign being set up below:

The construction of the “Inspiration Village” on the corner of Byward and York in downtown Ottawa. Featuring the new giant letters #Ottawa #MyCity #150

Reasons to loveOttawa – such a treat to capture some images this morning with Guy Laflamme and Reem Rihani of @ottawa_2017! We can’t wait to see the entire Inspiration Village finished and opened in a couple weeks! The massive #OTTAWA letters will be so great for photos (visitors, locals, families, everyone!). #Canada150 #ottawa2017 #loveOttawa #myOttawa @jimwatsonottawa