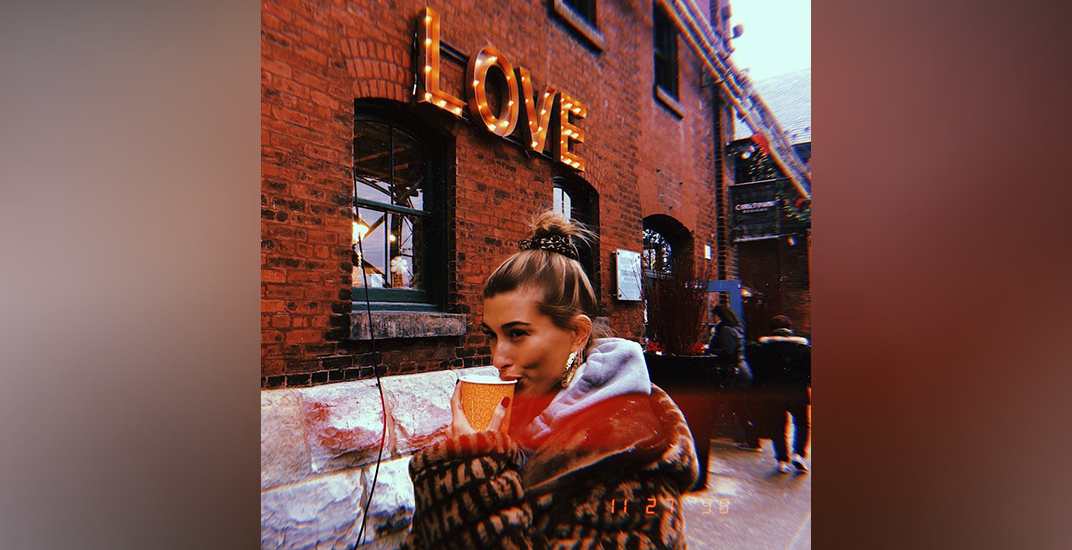 It looks like Hailey Bieber is still hanging out in the city, as she paid the Toronto Christmas Market a visit today.

The model and wife of Canadian heartthrob, Justin Bieber, added a series of photos on Instagram Wednesday afternoon, with the caption “Yes to everything Christmas.”

While her new hubby was absent from the photos, it looks like Hailey really enjoyed herself and looked cozy in what appears to be one of Justin’s fur coats.

Over the weekend, Hailey and Justin were spotted together at the Toronto Maple Leafs game (in matching Bieber jerseys) and were not afraid to show the world how in love they were, and it involved a lot of PDA.