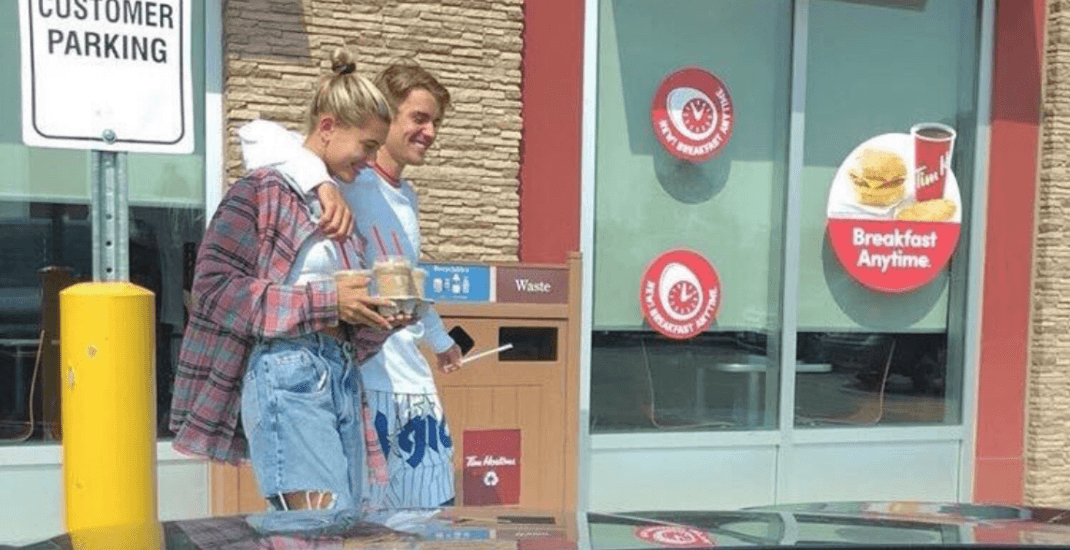 Celeb couple Justin Bieber and fiancee Hailey Baldwin were spotted in Stratford, Ontario over the weekend sampling some local delicacies.

The newly engaged celebrities visited Bieber’s hometown and were photographed stocking up on Iced Caps and Timbits at a local Tim Hortons.

To her credit, Baldwin seems to be assimilating just fine here in Canada. The model posted a story of her Timmy’s haul to Instagram captioning the pic, simply with the word “life.”

The celebrity couple were also spotted grabbing ice cream at a local parlour while The Biebs posed for photos with fans in a parking lot.

Fan taken photos of Justin with his siblings and Hailey Baldwin spotted out and about in Stratford, Ontario. (August 11) pic.twitter.com/k71BECVEza