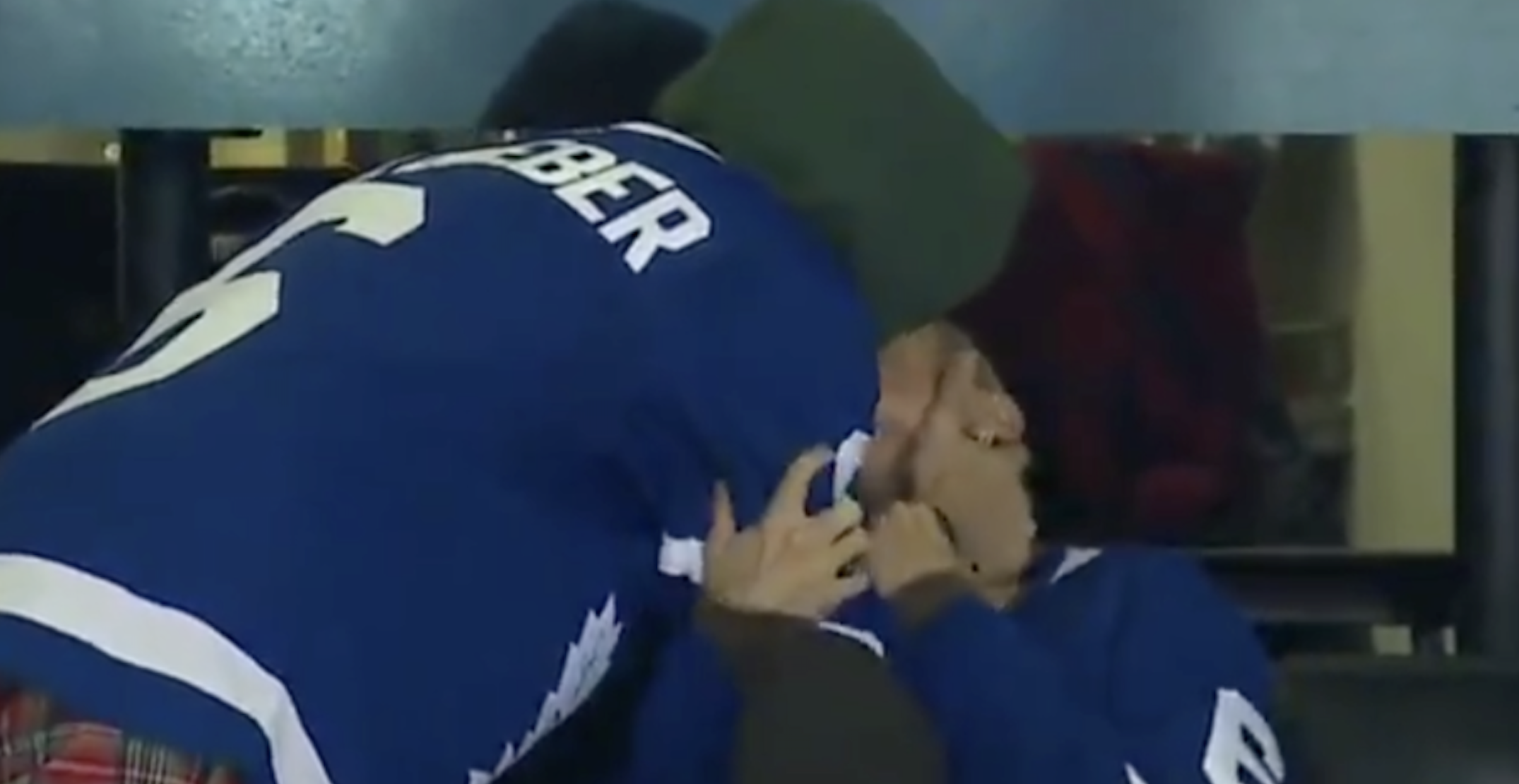 Newlyweds Justin and Hailey Bieber were not afraid to show the world how in love they were at Saturday’s Toronto Maple Leafs Game, and it involved a lot of PDA.

Then things got hot and heavy. Watch below as Bieber realizes that he and his wife are on Kiss Cam. He stands and waves at the camera and then goes in for the kiss.

But this kiss wasn’t some cute peck. It was a serious face-sucking moment that even left Don Cherry feeling a bit award.

“Oh there’s Bieber right there –look at the pants. He wears the same pants as me … I’d wear those pants all the time,” Cherry quips.

But when the Biebers start making out, Cherry says what we’re all thinking: “Hey, get a room!”

Even the commentators on Hockey Night in Punjabi were not sure what to make of the Biebers’ makeout sesh.

The couple does seem like they are really enjoying their first few weeks of marriage. After all, nothing says romance like frequent dates to Tim Hortons.

But when it comes to the extreme PDA, we agree with Cherry. Get a room.