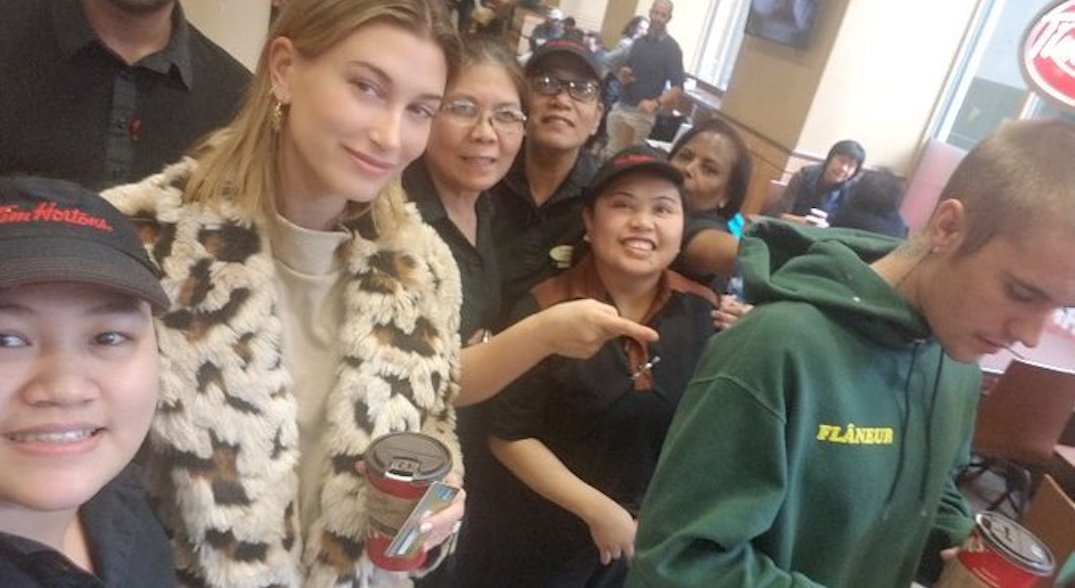 Toronto Justin Bieber fans collectively let out a scream on Tuesday, as the pop sensation was spotted at a downtown Tim Hortons.

The singer was accompanied by his bride Hailey Baldwin when the pair were spotted at a Tims near the Royal York at Front and University.

And in true Bieber fashion, he stopped to pose for photos with a number of customers and Tims employees.

According to a fan who managed to snap a pic with the star, the Biebs was on his way to the dentist for a cleaning.

So my brother-inlaw just met justin bieber and hailey baldwin… Apparently he was on his way to the dentist. There ya have it folks, celebrities get their teeth cleaned too pic.twitter.com/EotdMqbnIu

My mom the 🐐 for meeting Hailey Baldwin & Justin Bieber at work today 😂 pic.twitter.com/1gMsIXVdce