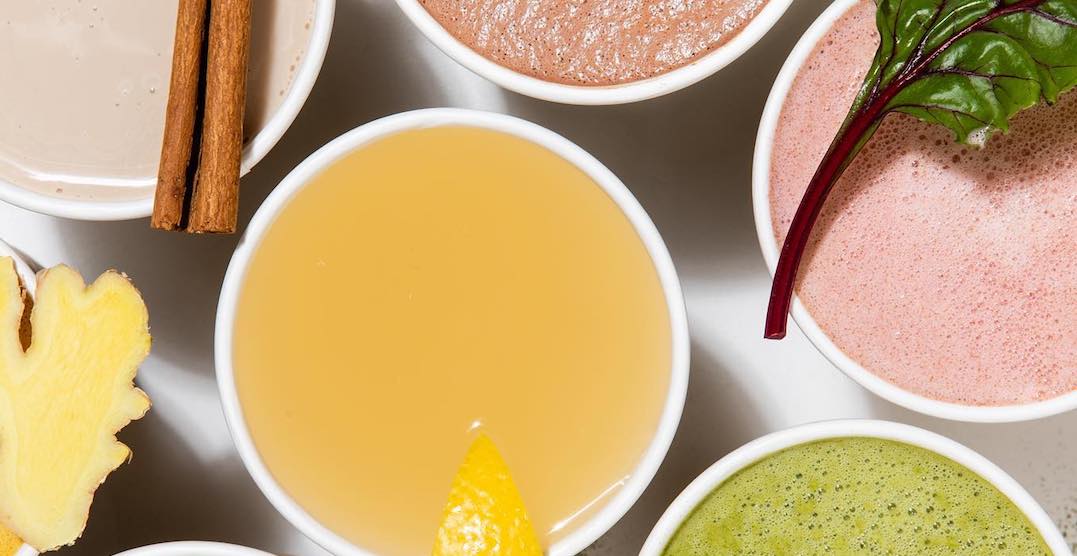 And while the first two ingredients are found in many healthy eats and drinks, the third has a bit of a stigma around it. But Toronto’s health-food favourite Greenhouse Juice is about to offer cannabis a seat at the table.

“The wide-ranging utility of a plant whose health-giving properties have long been overshadowed by its flashier, psychotropic ones is finally being explored,” wrote co-founder Emma Knight, in a letter on the site.

What they’re saying is, Greenhouse is about to bring you products that have all the anti-inflammatory, health-boosting benefits of cannabis, without making you high.

“Cannabidiol (CBD), a non-psychoactive compound found in the cannabis plant, is one of the most exciting areas of study, with research pointing to a host of potential benefits. While we always proceed toward any trend with a healthy dose of skepticism, we believe the wellness potential of CBD and other non-psychoactive compounds from the cannabis plant to be enormous,” Knight wrote.

The letter states that back in 2014, co-founder Anthony Green pitched the idea of infusing drinks with cannabis, but the ultimate decision was a resounding “no.”

Because, as Knight wrote, “telling someone that you were interested in juicing cannabis ‘for the anti-inflammatory properties’ would have been like saying you eat Sour Keys for the vitamin C.”

But times are changing, and since the legalization of marijuana in October, conversations about the many ways to use it are becoming more commonplace.

As they move forward on this new project, Greenhouse will be partnering with Canopy Rivers “to offer healthier, more sustainable alternatives to the status quo.”