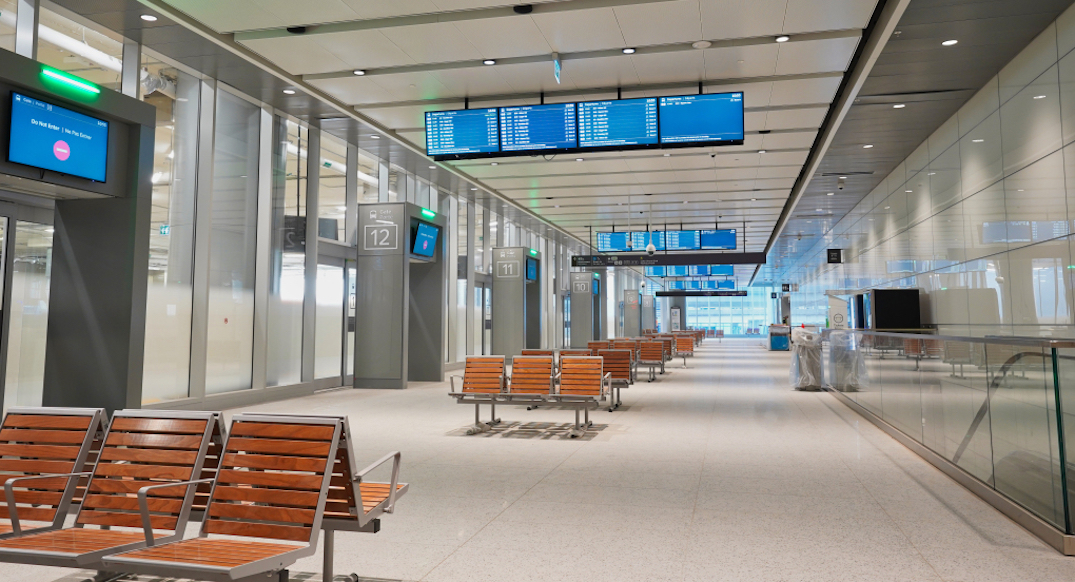 The day has finally come for Toronto’s new bus terminal at Union Station after years of construction.

The new terminal is located just down the street from the existing one on the north-east corner of Bay Street and Lake Shore Boulevard, as part of the larger connected CIBC SQUARE development.

With the “art bus hub” set to open on December 5, it might be a little challenging to navigate for the first time.

According to Metrolinx, the new terminal has two levels with a total of 14 bus bays — twice as many as the current location.

It’s also all indoors and connects to the city’s PATH network, allowing GO and UP Express customers to move between bus and rail.

The old terminal will close its doors on December 4, meaning you won’t be able to access it this Saturday.

So, the quickest way to get to the new terminal is to head south along Bay Street to a sidewalk on the east side of the street, Scott Money, Metrolinx media relations senior advisor, said in a blog post. 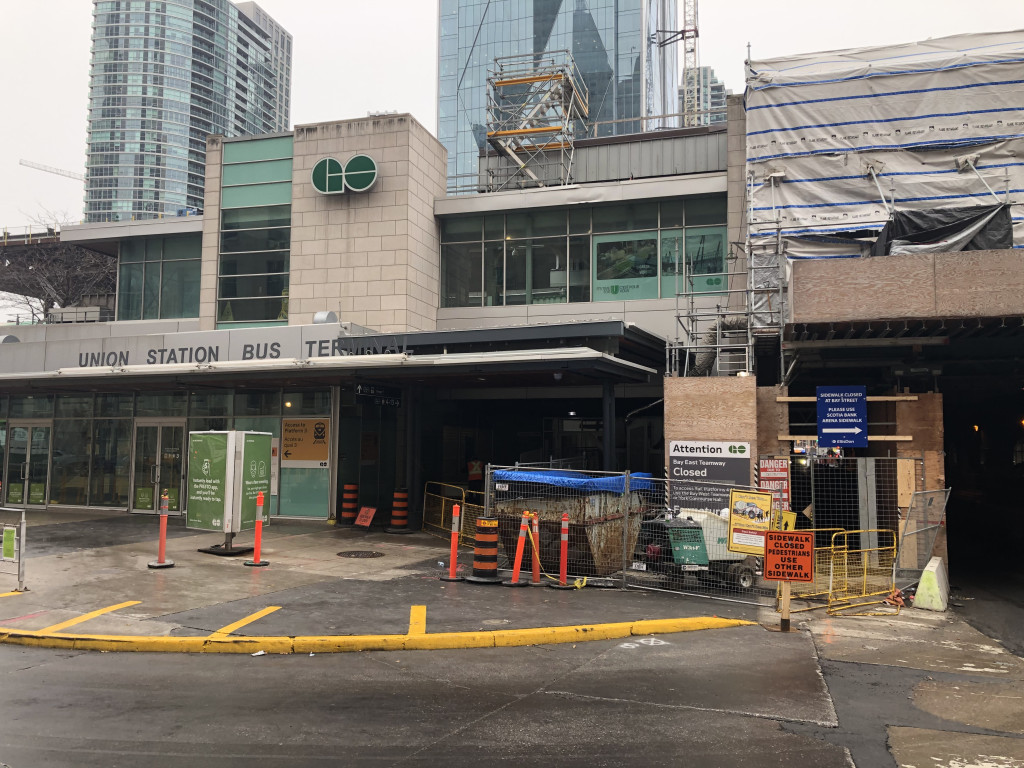 The view from the west side of Union Station on Bay Street looking south. (Nitish Bissonauth/Metrolinx)

If you’re wanting to get the GO bus at the new terminal from the west side of Bay Street, the quickest way is to go south along Bay, through the Bay West Teamway, and then into the Scotiabank Arena Galleria doors on the right. 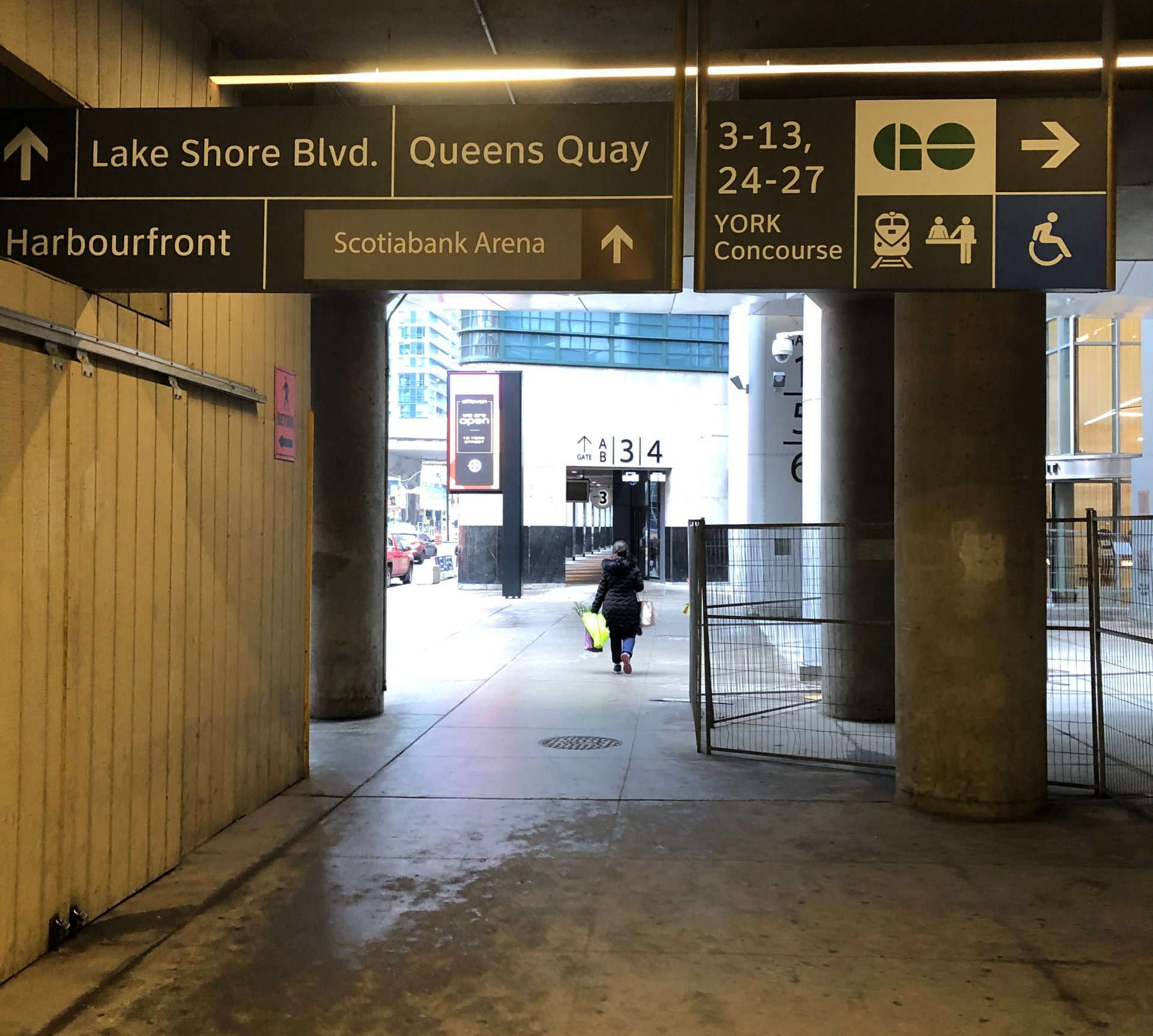 Money says once you’re inside, you’ll see “two big escalators.” You need to take the escalator up and then cross the new pedestrian bridge. 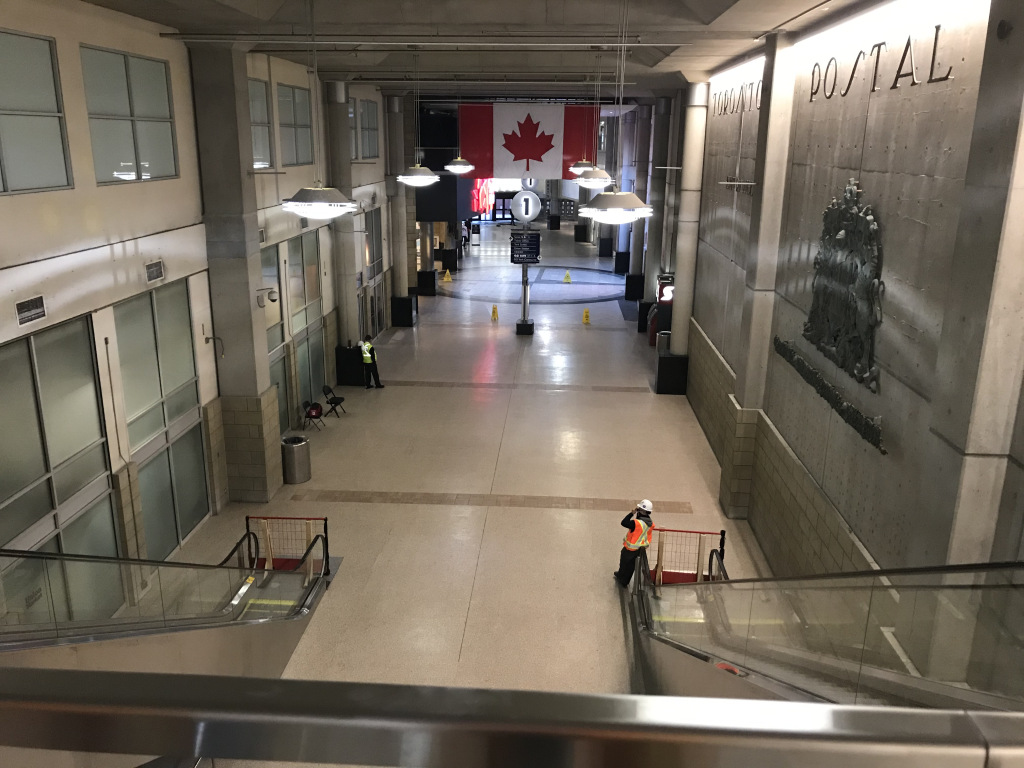 The view from the top of the escalators, looking down into the Scotiabank Galleria. (Scott Money/Shutterstock)

This will then take you to the second level of the new bus terminal. 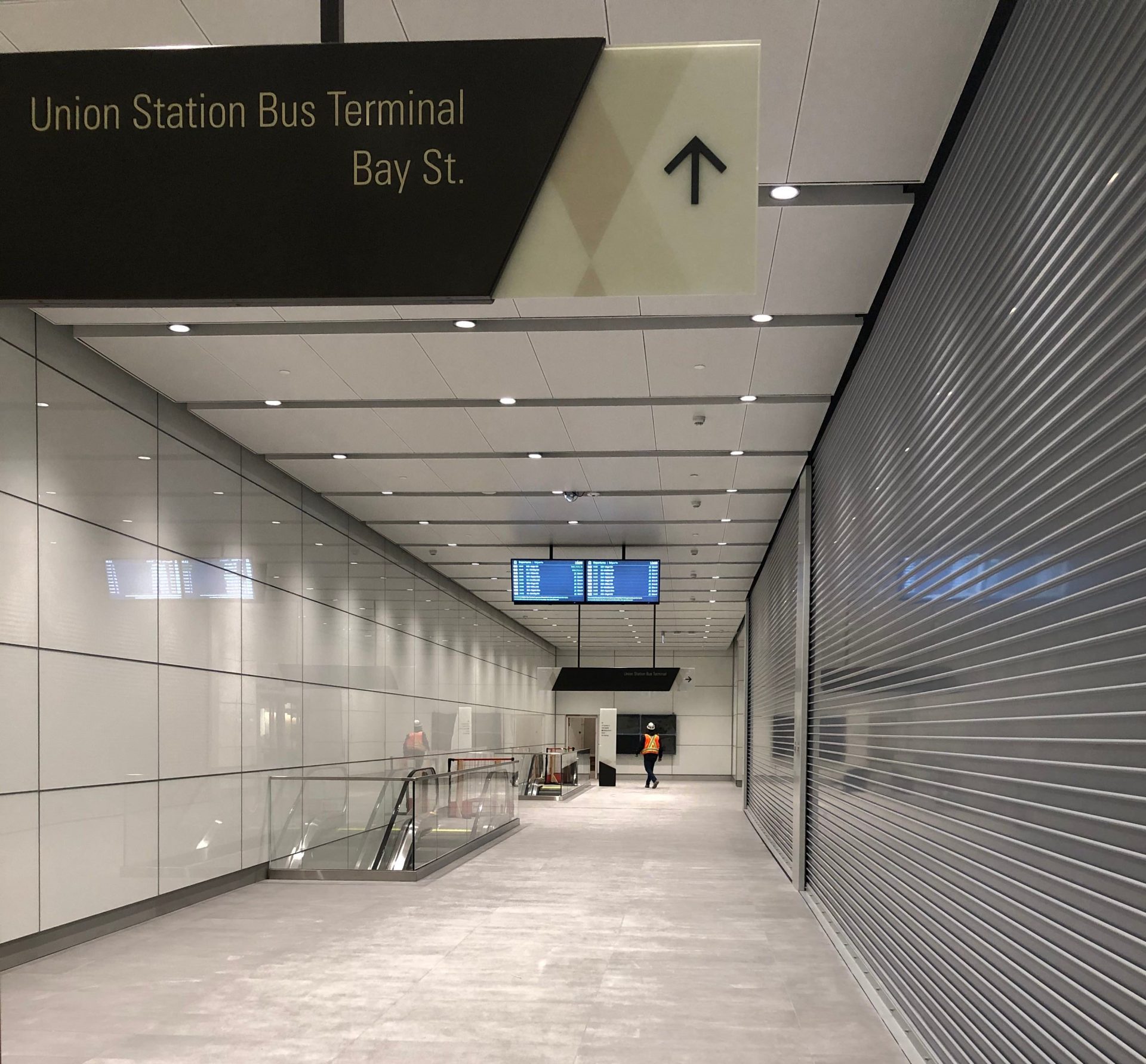 The view from the new pedestrian bridge along Bay Street looking into the 2nd level of the new bus terminal, you’re almost there. (Nitish Bissonauth/Shutterstock)

Money also points out if you’re transferring to and from a GO or UP Express train and need to catch a GO bus, there are two main ways to do it.

You can either get to the new bus terminal from the outside by using the directions above, or you can take the indoor route.

In order to stay inside, the Metrolinx spokesperson says you need to start in the GO York Concourse and follow the signs for the Union Station Bus Terminal and Scotiabank Arena. 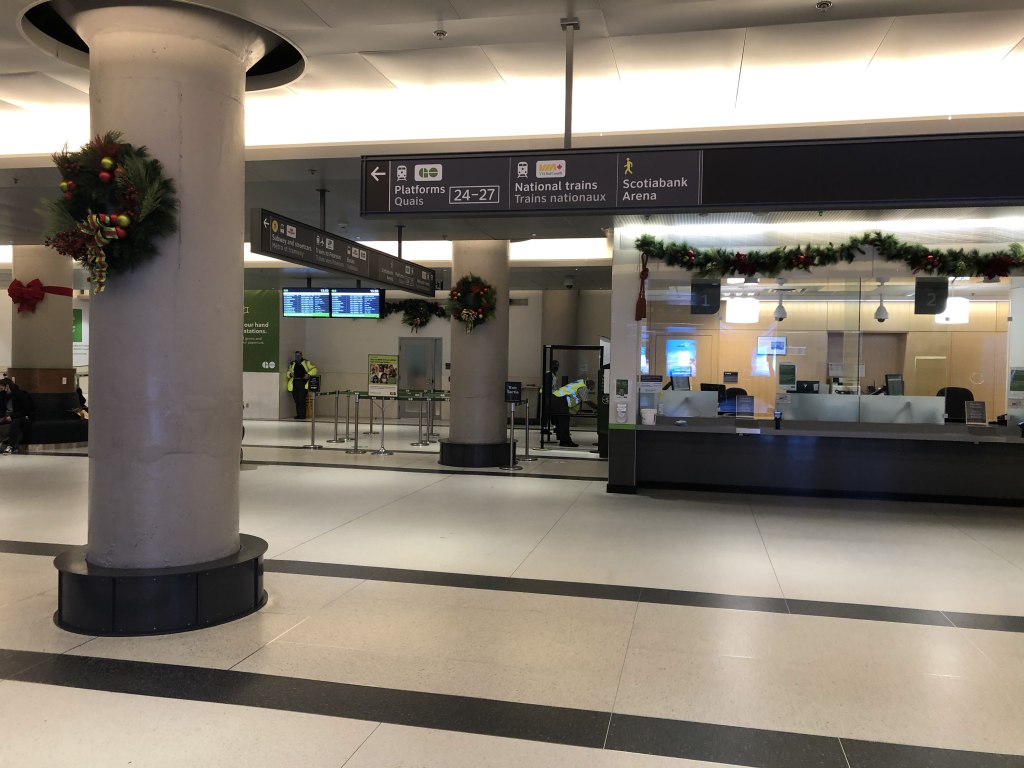 Then, head towards the large customer service desk, pass the Booster Juice and go up the ramp towards GO platforms 24-27.

If you follow the signs to Scotiabank Arena, it will take you down a ramp and through a set of doors into the Scotiabank Galleria.

Then Money says one needs to head to the far west end of the Scotiabank Galleria where you’ll see a set of escalators – take the escalators up and then cross the new pedestrian bridge, which will take you right into the new terminal.

According to Metrolinx, you can also access the new Union Station Bus Terminal from of Lake Shore Boulevard. There are south facing doors along Lake Shore, just east of Bay Street. 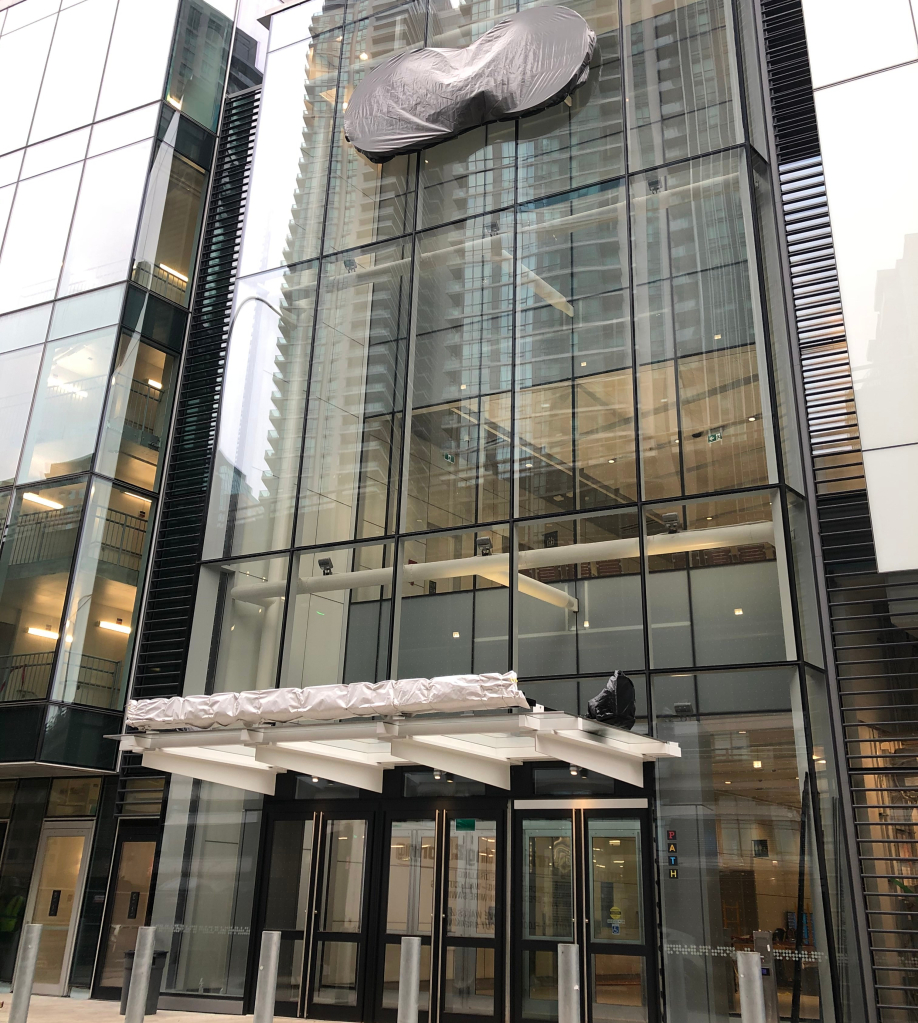 The Lake Shore entrance into the new USBT will look a little more polished on opening day. (Nitish Bissonauth/Shutterstock)

The new bus terminal may sound like a labyrinth, but in no time using it will become intuitive as an integral part of the city’s urban landscape.