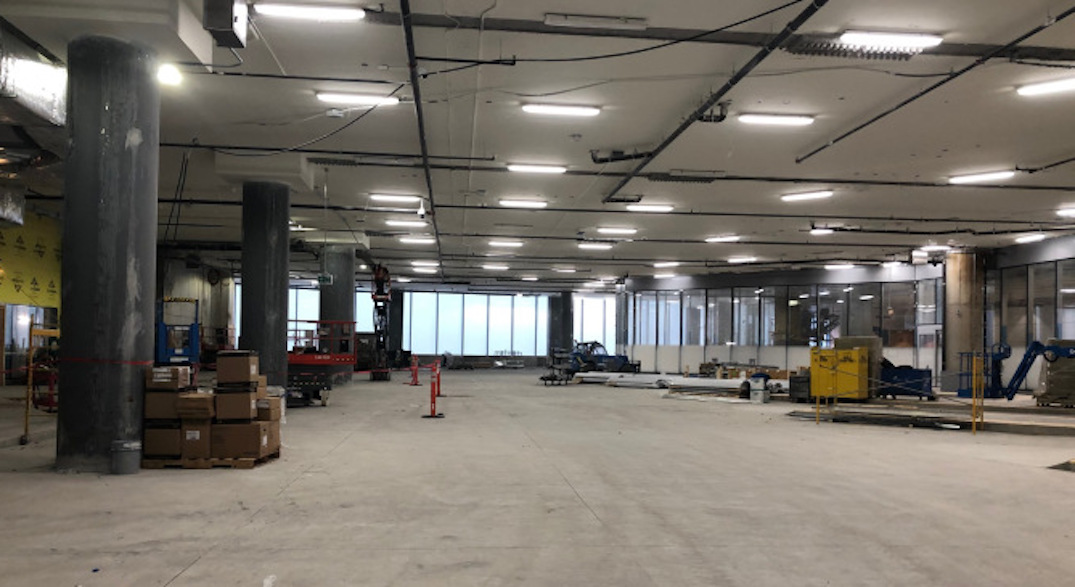 Remember commuting? How about Union Station?

Well, the progress for the new Union Station bus terminal construction site is underway, which will eventually offer transit users an easier commute with GO buses — once we return to our usual commutes.

Anne Marie Aikins, senior manager of media at Metrolinx, said that it’s something to look forward to.

“Something to look forward to beyond the pandemic. We will get there — if we all do our part.”

Something to look forward to beyond the pandemic. We will get there—if we all do our part.

The construction site, also known as CIBC Square, is a joint project between Metrolinx and Ivanhoé Cambridge and Hines.

The project includes two office towers, at 81 and 141 Bay Street, and an overbuild park spanning the GO rail corridor. Buses will enter from Lake Shore Boulevard.

Bissonauth said the new terminal will be 10,000 sq. metres with two levels, with each level containing seven bus bays — making a total of 14, twice as many as the current station. 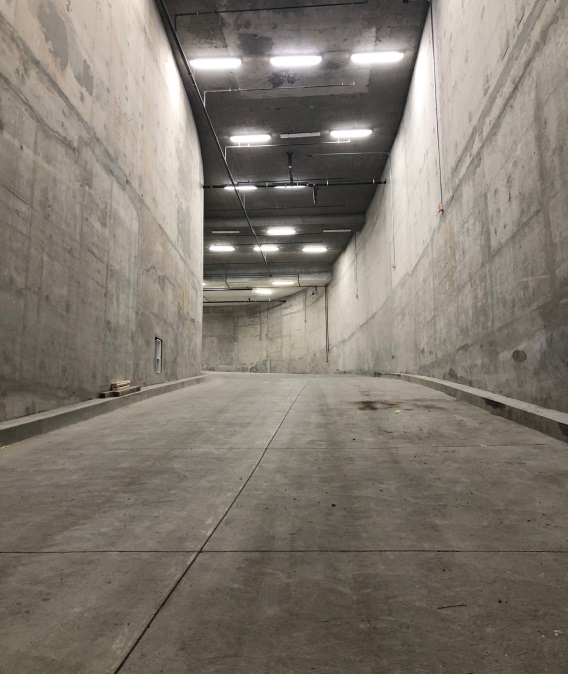 The new bus terminal is also supposed to have a new signalling system that will help guide buses in and out of the terminal, while ensuring the safety of passengers and staff.

The Metrolinx spokesperson also says there will be crews to usher the buses into the terminal where they will enter the bus bays.

“Crews will also help the buses back out by giving signals to the driver, similarly to aircraft marshalls on an airport runway,” Bissonauth said.

The new terminal will have easy connections to GO trains, the TTC, VIA Rail, and the UP Express. It will also be connected to the city’s PATH network, allowing quicker access for GO and UP Express customers to move between bus and rail services.

A new pedestrian bridge will be built to allow GO Customers access to the PATH network and cross to and from Bay Street above traffic and directly access level two of the new Union Station Bus Terminal. 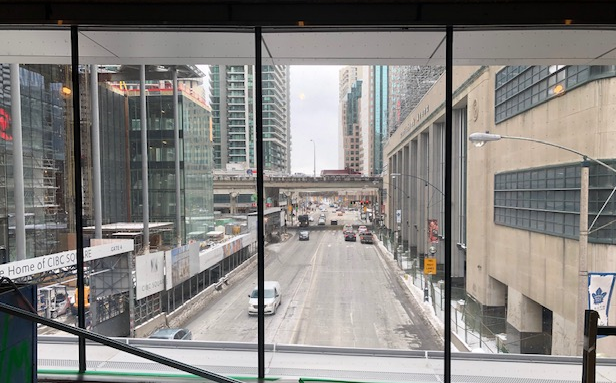 The view customers will have above Bay Street (Metrolinx)

“This means you can head into the city on a GO bus and never have to step foot outside to catch — after the current pause caused by COVID-19 ends — the Leafs, Raptors, or a train,” Bissonauth said. 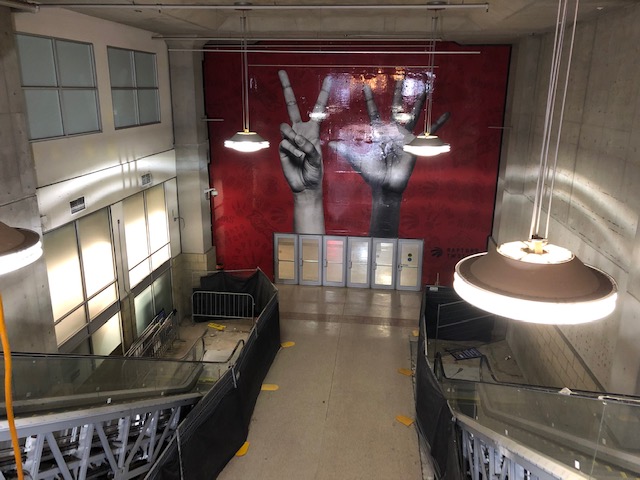 According to the Metrolinx spokesperson, GO Transit currently runs approximately 485 bus trips every weekday out of the current bus terminal, transporting around 13,600 daily weekday riders.

For now, bus services will continue at the current Union Station Bus Terminal.