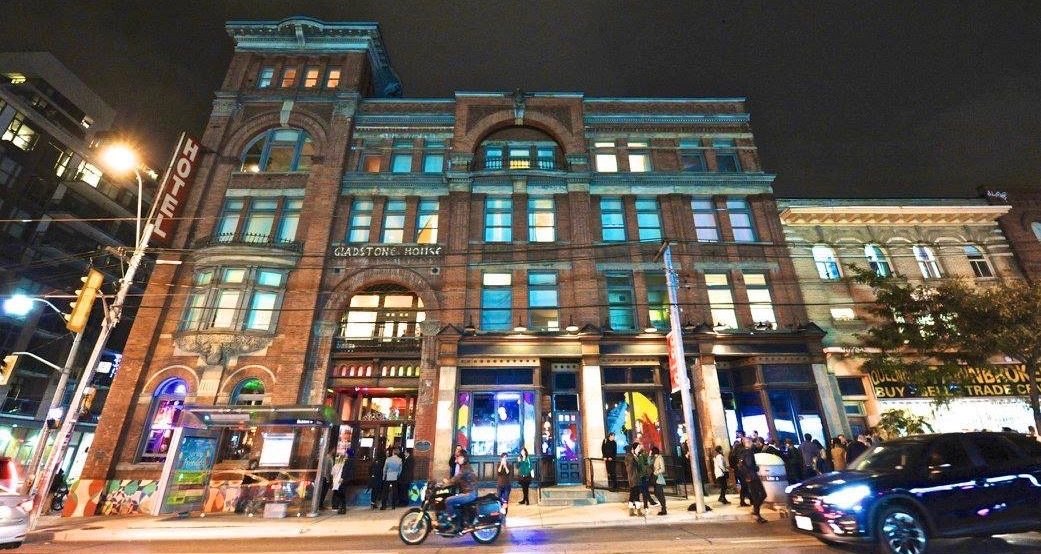 The Gladstone Hotel has been purchased by a condo developer and a real estate company, and will fall under new ownership later this month.

The companies will take over ownership from the Zeidler family; the youngest member of which, Christina, has managed the business for 15 years.

“The decision to sell the hotel is a personal one,” says Zeidler in a release.

“I looked for someone with the vision to carry on the legacy of the Gladstone Hotel. Someone who understands the historic significance but also its cultural significance.”

The hotel, located at 1214 Queen Street West, is listed as a Designated Part IV Heritage Property by the City of Toronto.

“It took a long time to build the culture around the Gladstone. The commitment to continue to grow this vision is a dream come true,” Zeidler says.

The founder and president of Streetcar Developments, Les Mallins, says the company has great respect for the community surrounding the hotel, and believes the space serves as a representation of the neighbourhood’s art, diversity, and culture.

“We look forward to amplifying the hotel’s offerings with our refreshed vision, enhancing the current building while ensuring the property remains a staple within the community,” Mallins says.

It’s yet to be seen what that amplification and enhancement will entail, but Zeidler says that the two companies taking ownership of the hotel is the “best possible scenario.”

“I have personally known the Streetcar team for years, as neighbours to the Gladstone, but also, significantly, as city builders,” she says.

For example, the Distillery District falls under Dream’s ownership, and shines as one of the country’s premier arts, culture, and entertainment destinations, and the neighbourhood has been named one of the world’s coolest shopping districts by The Guardian.

The company’s portfolio also includes Bay Street Collection and the Broadview Hotel. Together with Streetcar, Dream transformed The Broadview — a landmark at the ripe age of 127 years — into the luxury boutique hotel it’s known to be now.

Daily Hive has reached out to the City of Toronto’s Heritage Preservation Services for comment, but had not heard back by the time of publication.