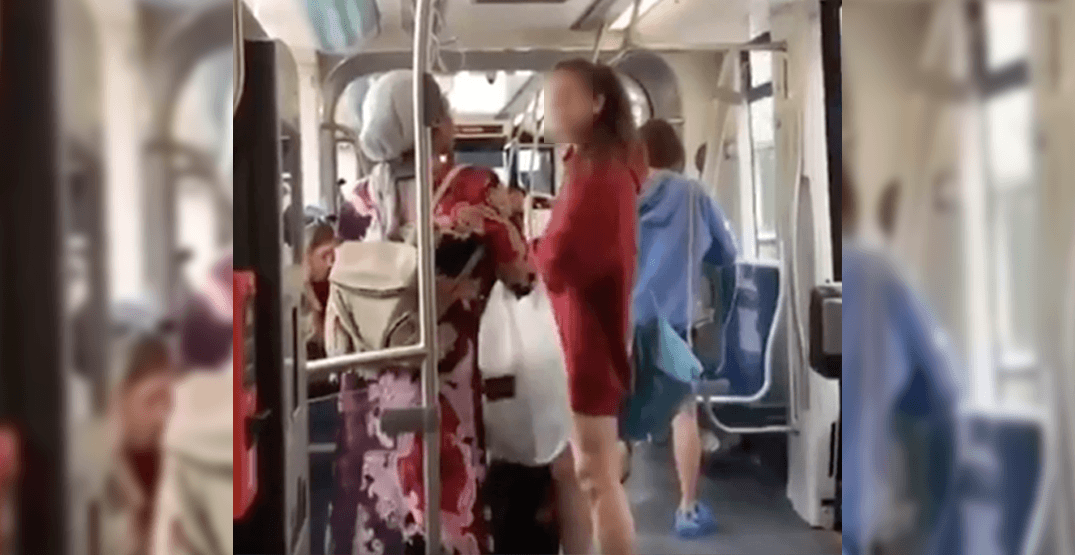 A verbal altercation occurred on a streetcar this week after a young girl allegedly openly vaped while on board.

According to a video circulating online, an elderly woman told a girl to stop vaping while riding on a westbound King Street streetcar and when the girl refused, another woman intervened.

In the video, you can hear a woman address the girl for her ill behaviour.

“Who do you think you are talking to a poor old woman like that? She just asked you not to vape,” said the woman.

“I will literally box you in the face b*tch,” replies the girl.

“Oh my god, I wish you would,” said the woman. “You do not talk to people like that, she’s a grown woman, she asked you not to smoke on the TTC, which is public.”

The young girl responds by laughing and coughing at the woman, to which she says, “oh, that’s hilarious? The way you’re acting toward elders is hilarious.”

The girl replies with, “my hair is up bi***, my hoops are out, what?” as she steps toward the woman.

Thankfully the young woman’s friend pulls her off the streetcar before the altercation progressed.

Stuart Green, a spokesperson for the TTC, told Daily Hive the transit authority is aware of the video.

“It’s unfortunate that it came to this kind of confrontation. But it appears it ended without further incident,” said Green.

Green said the vast majority of TTC customers who choose to smoke or vape are fully respectful of the bylaws and of basic public etiquette.

“In this day and age, no one should believe there is a distinction between smoking and vaping… they are the same thing as far as the public and our bylaws are concerned,” said Green.

Green said publicly smoking and vaping on board TTC vehicles are uncommon complaints and represent less than 1% of what the transit authority’s customer service hears about.

Entitled girl tries to vape but is told to stop by elderly woman ,woman intervenes from r/toronto