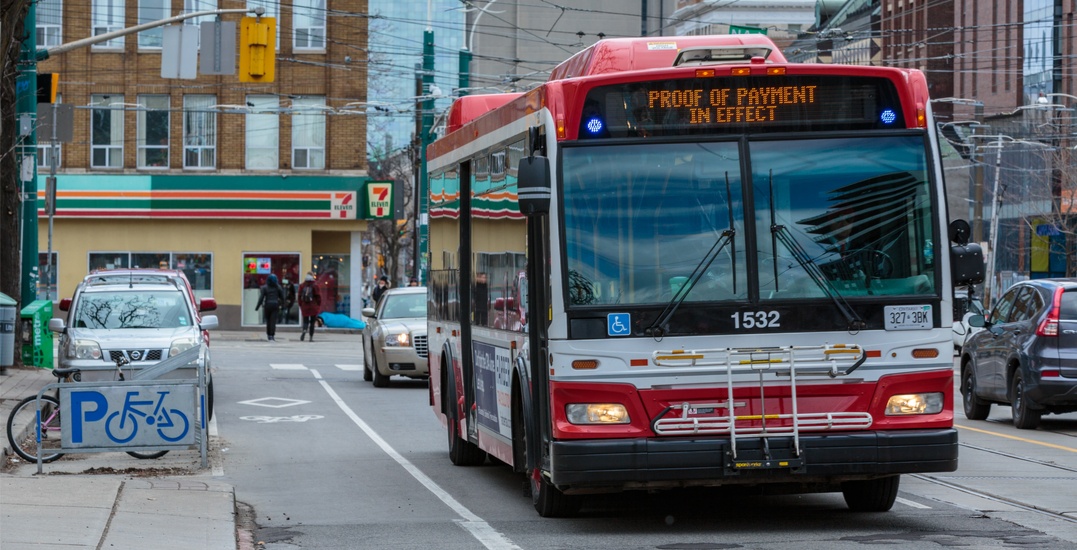 For many Torontonians, the TTC’s announcements for the past few months sounded “too American.”

According to the TTC, back in June, a new communications/GPS system was installed on their buses called Vision. The system is what’s used to control destination sign info and stop announcements.

And soon after the transit commission got the program, complaints poured in about the pronunciation of the word “avenue” being too American, as it sounded more like “aven-OO.”

“As we know, Canadians are VERY protective of the nuances of accent, eh?” said the TTC in an explanation, following the complaints.

At the time, they said that if they were able to change the bus voice, it would be reverting to the previous (aka Canadian) pronunciation on August 4.

“If we can further refine the voice, we will.”

Aven-OO is no longer a thing on TTC buses. The mispronunciation was fixed.

For those following along at home, the offending aveeenooo bus announcements have been fixed!

You can now carry on, on your bus rides, free of American pronunciations… for now.