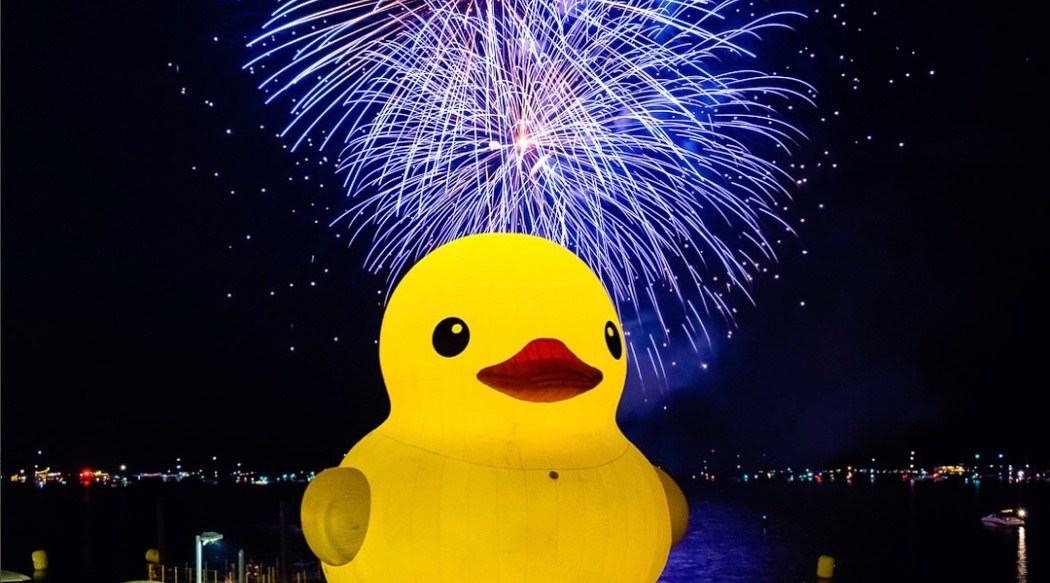 The giant rubber duck at Toronto’s waterfront was basically impossible to miss this weekend.

And not simply because it was 61 feet tall, 79 feet wide, 89 feet long, and weighed in at 30,000 pounds. The Big Duckus was a source of controversy for many, due to both the cost to get it here and the validity of its originality.

In the end, however, no amount of criticism could keep the crowds from visiting the Redpath Waterfront Festival over the weekend to see the big bird.

Here are 29 of the best photos taken of the giant rubber duck while it was in Toronto.

A post shared by Redpath Waterfront Festival TO (@towaterfrontfest) on Jul 3, 2017 at 6:49am PDT

A post shared by Redpath Waterfront Festival TO (@towaterfrontfest) on Jul 2, 2017 at 6:17am PDT