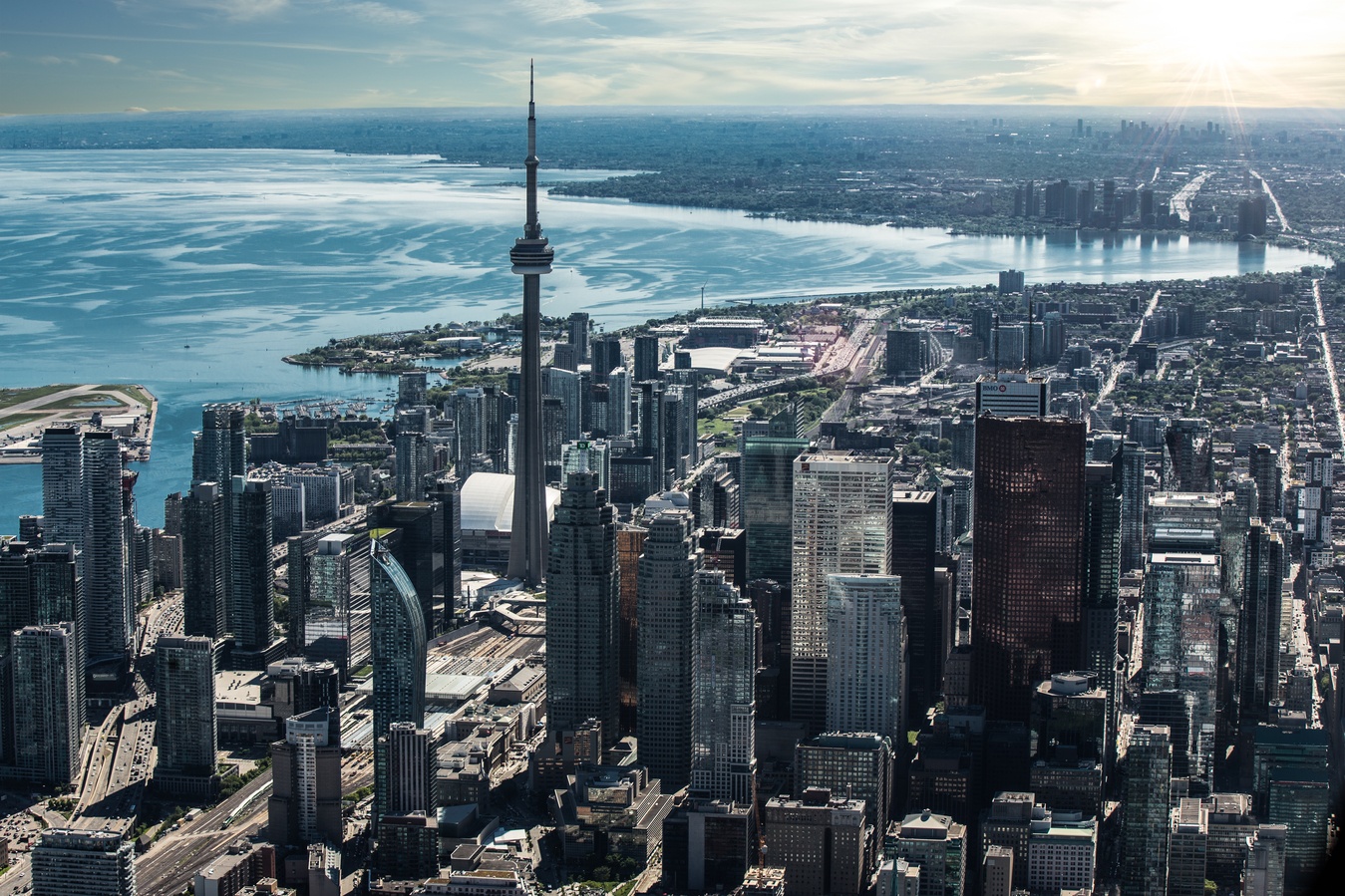 If you’re looking to save some extra dough this month, we have you covered with the top free Toronto events happening across the city.

There’s no need to break the bank to have fun in the city, especially during the summer.

From the top food festivals, live music, outdoor films, cultural celebrations, and so much more, here are 30 totally free things to do in Toronto this month.

What: One of Canada’s largest Latin-themed celebrations is Toronto’s TD Salsa in Toronto Festival, which takes place over three weeks and features music, food, dance and family events.

Where: St. Clair Avenue West, between Winona Drive and Christie Street
When: July 3 to 23

What: On Tuesday nights, head downtown to the heart of Toronto for City Cinema. The outdoor screenings have limited seating, so be prepared and head down early.

What: Head east to The Beach Village for Movie Nights in the Park this month. This month’s feature film is Uncle Buck and there’s FREE popcorn!

What: Humpdays in the city are always a little sweeter with Free Flicks. This summer, the popular Harbourfront series will be running until the end of August and features inspiring and fun films. The free event takes place at 9 pm.

What: For the second year, Toronto Outdoor Picture Show will present weekly films in the beautiful park at Corktown Common, in Corktown. Just minutes from many bustling east-side Toronto neighbourhoods – Riverdale, Regent Park & the Distillery, along with others – this new neighbourhood is home to another great, urban TOPS screening series, under a city skyline that can’t be beat.

What: Come see Creole (French Caribbean), Spanish, and Jamaican communities display their creativity and pay tribute to the Caribbean founders with “Rum ‘n Reggae”, music and of course, plenty of food. The event will also include a three-day exhibition of Carnival and historical artifacts at Metro Hall.

What: The East end’s biggest food and cultural festival returns this summer. The annual Taste of Lawrence celebration takes place over the July 8 weekend, featuring over 130 vendors serving up local flavours and lots of family fun.

Where: Lawrence Avenue East, from Warden Avenue to Birchmount Road
When: July 7 to 10

What: The popular outdoor movie night program is celebrating Canada 150 this summer. The event at Downsview Park will be screening films with a Canadian connection and this month’s lineup includes La La Land, Moana, and Doctor Strange.

What: For one weekend only, the city’s most creative people and their projects gather together at the Toronto Reference Library to share their latest creations, demonstrate their newest projects and make things together.

50th Anniversary of the Summer of Love Picnic

It’s been 50 years since the first Summer of Love in Toronto in 1967 and this summer’s picnic will be taking place at Trinity Bellwoods Park. This will be a coming together of intentional, conscious groups of people, everyone from musicians, dancers, artists, shamans, psychedelic groups, meditators, contact improv, dancers, yogis, singers, drummers, and anyone else who is interested in hanging with a spiritual community.

What: This one-day festival will feature over 40 diverse food vendors, a food eating contest, local performances, a kid zone, buskers and much more. This year’s theme is Canada 150, so come and experience the best that Canada has to offer.

What: The 50th Anniversary Festival Season begins with the Official Launch ceremony. This kick-off event gives the city of Toronto a taste of what’s to come in the upcoming weeks ahead. There is an array of performances by popular Caribbean music artists. It is a cultural showcase and celebration of the creative spirit of the Toronto Caribbean Carnival.

What: The annual outdoor summer screening series takes place on Wednesday evenings. The screenings are free, and snacks will be available for sale with proceeds going towards the Regent Park Film Festival. Bring a blanket and get ready for some activities before each film.

What: Every July, UNITY Festival celebrates hip-hop diversity in an action packed event incorporating beatbox, dance, concerts, and spoken word. There’ll be a free dance exhibition and beatbox competition and a Unity concert.

Where: Multiple locations
When: July 13 to 15

What: Now in its 56th year, the Toronto Outdoor Art Exhibition will feature over 340 visual artists, performers, and sculptures.

What: The volunteers of Power Unit Youth Organization are organizing Night it Up, a free outdoor market styled after Asian night markets. Expect authentic street food and multicultural performances.

What: The history of Carnival will be shared with Regent Parks community with an afternoon complete with interactive participation in Carnival Art.

What: CityPlace Fort York BIA will be hosting a free movie night once a month up until September.  Gather up your friends, bring your blankets/chairs and come a little early to enjoy snacks/refreshments. The month’s film is Half Baked.

What: Splashing some spiritual culture into the city, the 45th Annual Festival of India returns on July 16 for two days of mouth-watering festivities. The event will begin with a euphoric parade down world-famous Yonge Street, followed by a day of festivities for the entire family.

What: The Friends of Sorauren Park have planned another season of outdoor movies and special events this summer. The family event takes place on the fourth Saturday of every month and this month’s film will be a PG-rated summer blockbuster.

What: Come out and see the future of Carnival. Join the young producers, performers, and presenters as they put their imprint on the Festival. This will be a day filled with music and dancing and an event not to miss.

What: A festival of arts and culture, Big on Bloor is a unique summer street fest featuring hundreds of culturally significant events, activities, displays, and exhibitions.

Where: Bloor Street between Dufferin and Lansdowne
When: July 22 to 23

What: Now in its 14th year, Toronto’s Brazilfest will offer its attendees the opportunity to experience authentic Brazilian performances and to enjoy Brazilian style foods.

What: Tirgan is a non-profit, non-religious and non-partisan cultural celebration for Iranian-Canadians with four days of music, dance, food, discussions and historical programming

What: The Toronto International Youth Dance Festival will be taking over Nathan Phillips Square for three days this summer for a multi-cultural celebration of dance.

Where: Kensington Market
When: July 30