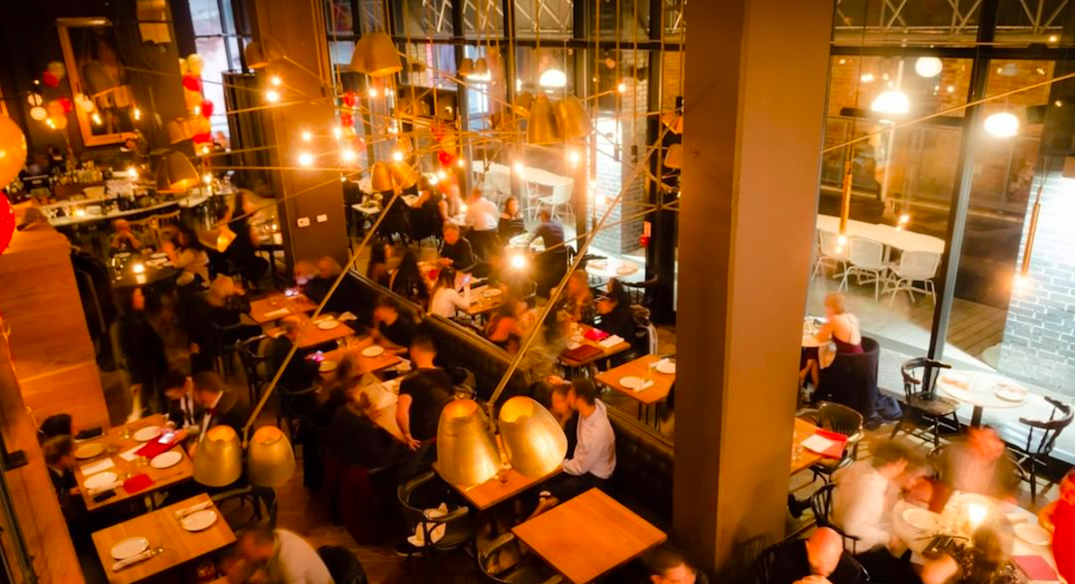 Central to the films, red carpets, and parties that will grace Toronto for the Toronto International Film Fest (TIFF) in just a few short weeks are, of course, the famous faces.

TIFF marks the time of year when half of Hollywood hits Toronto to experience the city in all of its restaurant, party and press event-filled glory.

Inevitably, there will be star gazers, equipped with fully charged phones and cameras, who don’t give AF if they look like creepy stalkers.

Whether you’re on the hunt for celebrities over the next 10 days or you simply wouldn’t mind being in the right place at the right time, here are the best places to spot the stars during TIFF 2017.

What: Soho House is guaranteed to play host to some of Hollywood’s most famous faces. Not only are the stars familiar with the brand thanks to locations in Los Angeles, Miami and New York, the strict no cellphone and no photo rules enforced at the members-only club helps their letting loose cause. In the past, Soho House has hosted everything from A-list-packed cast dinners to the famous face-filled Grey Goose after-parties.

Ran into the Cleveland Cavaliers in Toronto having lunch – cool

What: While Yorkville may no longer be the TIFF hub it was a decade ago, it’s home to some of the city’s swankiest hotels and shops, making it a perfect temporary home for Hollywood elite. You’ll find them either enjoying a boozy brunch on the patio at ONE at the Hazelton Hotel, wining at dining inside the restaurant or clinking glasses at ONE’s pretty people-filled bar.

It may be officially fall, but the sun is still shining and our patio is still open. Come soak up the last few warm days and kick-off your Saturday with us ☀️🍂🍁 #DiscoverMontecito

What: Not only is Montecito located right behind the TIFF Lightbox, it’s also owned by renowned Hollywood director Ivan Reitman, who usually makes an appearance during TIFF time, along with some of his famous friends. The California crowd no doubt appreciates the restaurant’s west coast-inspired farm-to-table menu, and the sprawling spot is home to both intimate cast dinners and larger parties throughout the festival.

Early bird catches the worm, or in this case, a plate of Huevos Escalfado with a side of thick cut house bacon and bottomless mimosas. Sunday just got a whole lot better!

What: Tucked away from the King Street craziness yet smack-dab in the centre of it all, Patria remains a go-to destination for some of the festival’s most elite parties and Spanish-inspired soul food for its celebrity diners. Past guests have included Jake Gyllenhaal, Helen Miran, Kristin Wiig and Melissa McCarthy.

What: Year-round, Yorkville’s famous upscale Italian spot Sotto Sotto has remained a favourite with Hollywood elite for decades. No doubt, the restaurant will serve some of the entertainment industry’s biggest names as they seek both a quality meal and an escape from the TIFF craziness. Famous faces to grace the spot in the past include Brad Pitt, David Beckham, Brook Shields and pretty much the rest of Hollywood.

What: The pricey (but so worth it) steakhouse Michael’s on Simcoe is always a hotspot for famous faces, for both cast dinners and film parties. Located just steps from both the Shangri-La Hotel and Soho House, the red carpet-worthy guests don’t have to travel too far for a comfort food fix either.

What: It’s no secret that Yorkville’s Four Season’s Hotel will house half of Hollywood this TIFF. Naturally, when the spot offers a restaurant by a Michelin-starred chef – Daniel Boulud’s Café Boulud – you can expect to find the stars there. For a nightcap, they may also head downstairs to Dbar, like Woody Harrelson and Harvey Weinstein have in the past.

A preview to the weekend. Photo: @seetorontonow

What: During TIFF, the Thompson Hotel is always home to everything from celebrity DJ sets to film parties and hot-ticket popups like Bungalow 8. Past guests have included James Franco, Kate Hudson and Bradley Cooper. While only the invited and uber-connected set will likely make it up to the view-filled Rooftop Bar during the festival, the Lobby Bar will remain open to the public.

What: A TIFF staple for decades, the Windsor Arms Hotel remains bustling throughout the festival as a place to both stay and party for Hollywood’s finest. It’s also the longtime home of the coveted InStyle/Hollywood Foreign Press Association party, which always draws the smut magazine favourites (and is definitely invite-only).

Storys, the ultimate event venue in the heart of downtown! Visit us today at http://storysbuilding.com/.

What: The historic building at 11 Duncan Street will become RBC House from September 8 to September 12. It will serve as a private space for junkets, parties and special events. While getting a reservation at the downstairs restaurant Byblos during the festival may be a possibility at this point, you may have better luck in getting into Fort Knox than you do the celeb-filled event space upstairs.

We look forward to welcoming you tonight. Book your seat with us at Buca.ca #BucaKing #KingWest #rusticdesign

What: Located in a laneway off of King Street and offering no shortage of comforting, A-list approved Italian fare, Buca on King West has been a go-to for cast dinners during TIFF. Celebs have been spotted dining in either the main restaurant or in one of the private dining rooms in the back.

What: The aromatic and live music-filled Shangri-La Lobby Bar will remain packed with festivalgoers, socialites and people watchers for the duration of the festival. Not only will some of the biggest names call the luxury hotel home for their stay in Toronto, it’s attached to celeb hotbed Soho House. Everyone from George Clooney and Johnny Depp to Jessica Chastain have been spotted sipping cocktails here at TIFFs of times past.

What: The perpetual crew of paparazzi camped outside of the Ritz-Carlton is always a dead giveaway that the upscale hotel is the spot for celebrities to stay and play. Throughout the festival, the hotel’s Italian spot TOCA will surely served up its comforting goodness to more than a few boldfaced names.