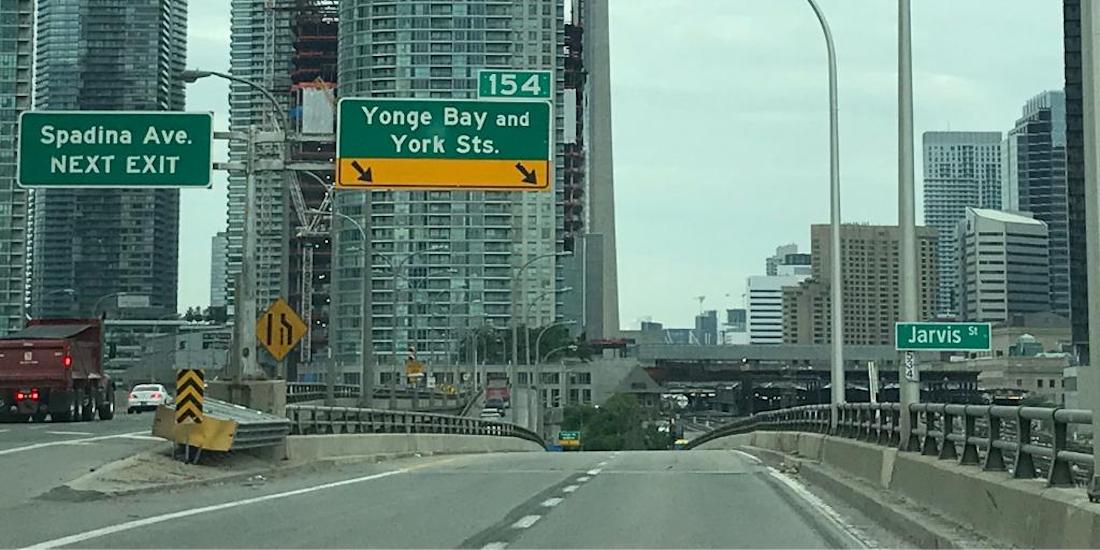 Heads up, drivers. The Gardiner Expressway westbound Yonge-Bay-York off-ramp will be fully closed from July until September.

According to the City of Toronto, from 10 pm on Monday, July 15 until Monday, September 16, work will begin on extensive repairs to this ramp as the first phase of the rehabilitate of the expressway between Jarvis and Cherry Streets.

To complete this work on the westbound Yonge-Bay-York off-ramp as quickly as possible, crews will work mostly around-the-clock on a 24/7 basis, states a city release.

The majority of the most disruptive work should be completed by 11 pm, however, in some instances, disruptive work must be performed overnight for the safety of crews and the travelling public.

The westbound on-ramp at Jarvis Street that runs underneath the westbound Yonge-Bay-York off-ramp will be closed overnight (10 pm to 5 am) from Tuesday, July 16 to Wednesday, July 31 to complete this construction safely.

“The Gardiner Expressway has been in service for more than 60 years and is a critical piece of transportation infrastructure and a significant component of Toronto’s highway system,” says the city.

The Gardiner Expressway Strategic Rehabilitation Plan addresses the immediate and long-term rehabilitation needs of the entire expressway, from Highway 427 to the Don Valley Parkway, to ensure it remains in a safe and operable condition, now and in the future, according to the city.

Following the work on the westbound Yonge-Bay-York off-ramp, there will be more construction on the Gardiner Expressway between Jarvis and Cherry Streets this year. More details including timing and traffic impacts will be announced later this summer.

The whole project is expected to be completed in early 2021.road