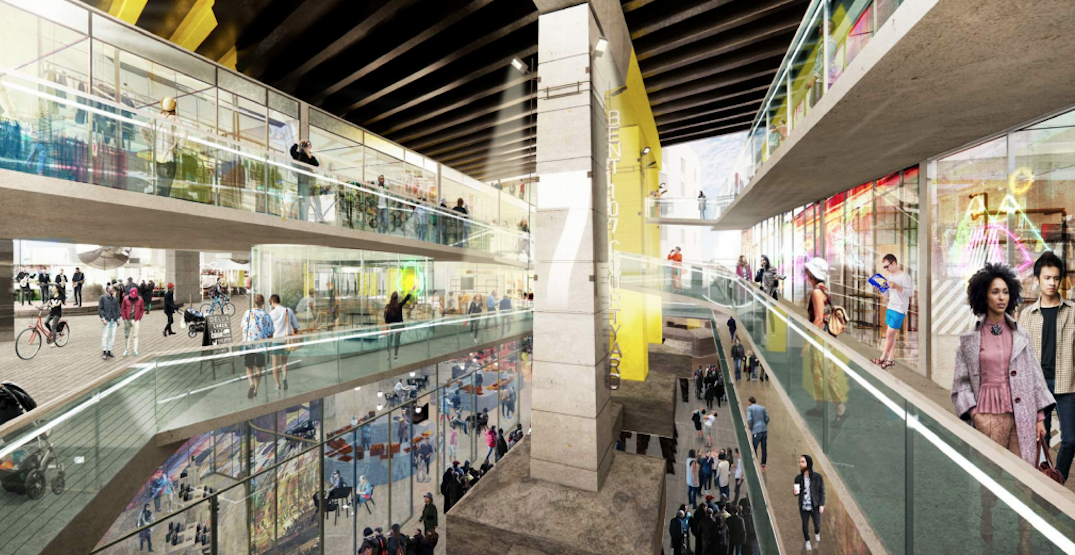 The Gardiner Expressway is home to many things — heavy traffic above, the Bentway down below — and soon, a full-on shopping mall could be added to that list.

Developer Concord Adex recently filed plans with the City to construct a multi-building mall called Under Gardiner in the area below the expressway on the west side of Dan Leckie Way.

Concord’s plans call for four buildings, all two storeys in height, that would total just under 60,000 sq ft. And not only would there be a vast amount of retail space in the new mall, but there’d also be an underground food hall and exhibition space connecting all four buildings.

The new retail buildings would be constructed around the highway’s existing support columns.

“The square preserves pedestrian movement across the site and creates a unique destination for gathering, entertainment and programmable space,” reads Concord’s proposal. “Exposing the expressway foundations on the lower level will provide a unique opportunity to interact with municipal infrastructure.”

Concord goes on to explain that the site they plan to build on, which they already own, is currently under-utilized and is largely used as a mid-block pedestrian connection between City Place and Lakeshore Boulevard. 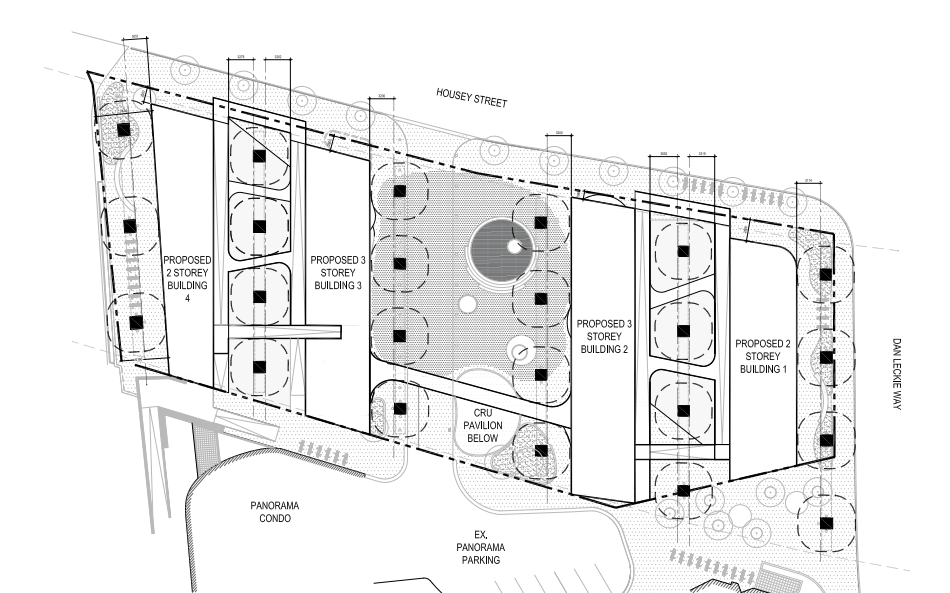 The new mall, they say, would “complement recent large-scale commercial additions into the area and contribute to the creation of a complete community.”

The plans are currently being reviewed by the City for feedback.